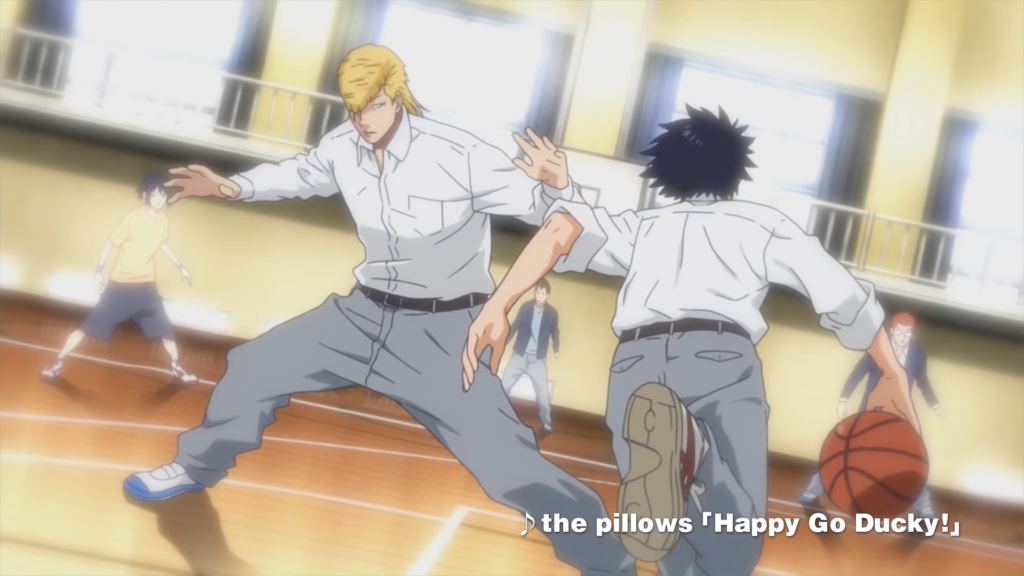 You have to be pretty lucky to get a brand new song from anime royalty the pillows as your debut anime opening. That said, Ahiru No Sora is a long-running staple of Weekly Shonen Magazine with 50 volumes and over 24 million copies in print. Despite first coming out in 2003, the basketball manga has yet to receive any kind of adaption until now. Starting this October, Ahiru No Sora will hit Japanese TV courtesy of animation studio diomedéa. Along with it comes the brand new the pillows track ‘Happy Go Ducky!’. Check out a preview of the show and the song below.

The pillows rose to worldwide cult popularity by providing the soundtrack to the beloved FLCL. They also returned to do the music for the less loved but still kinda cool FLCL Progressive and FLCL Alternative. They’re a very straight forward Japanese rock bands along the lines of Asian Kung-Fu Generation or Radwimps. This year actually marks their 30th anniversary and seeing as they’ve released albums in 2016, 2017, and 2018 despite their vintage they show no signs of slowing down any time soon. Currently, there’s no official word whether ‘Happy Go Ducky!’ will be released as a single, is part of an upcoming release, or is a stand-alone tune.

Ahiru No Sora translates to ‘the duck’s sky’ so it makes sense to have an opening called ‘Happy Go Ducky!’. While sports anime have not traditionally been popular in the states, maybe the pillows will bring people into the fold when the anime actually debuts. This decade did see Kuroko’s Basketball become fairly popular among certain circles in the anime community, so there’s hope for Ahiru No Sora. In Japan, this well-established manga is entering its final arc soon. With there already being 50 volumes, who knows how much of it the show will cover.

Ahiru No Sora will premiere this October. No word on when the full the pillows track ‘Happy Go Ducky!’ will come out.