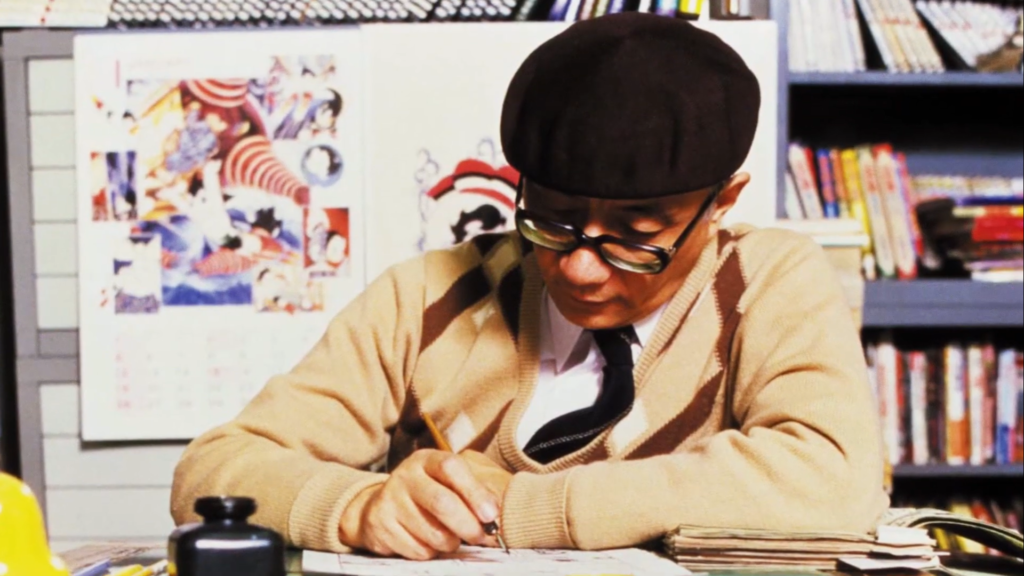 Artificial intelligence, machine learning, these broad concepts are getting increasingly sophisticated by the day. Last year, we covered an AI who was running for mayor in the Tama suburb of Tokyo. Now, we’re covering one who’s setting out to draw manga. However, and this is a big deal, however, this isn’t just the case of artificial intelligence creating original illustration digitally or through a robotic arm apparatus; Specifically, Toshiba is setting out to create ‘new’ Osamu Tezuka manga through machine learning-based AI. Their sub-company, Kioxia, is undertaking this effort as a part of their greater ‘Sekai Shin Kioku’ initiative which aims to showcase the positive benefits of this kind of technology.

We’re not a scientific journal, we’re a Japanese Pop Culture outlet. I can’t tell you the ins and outs of exactly how Toshiba will use machine learning to process a boatload of Osamu Tezuka manga and then create in manga in his style. I just know that they are. They’ll show the results of this ‘Tezuka 2020’ project in Feburary 2020 and I’ll be sure to report back then. As of right now, there are no illustration examples yet. Just the promo video above and the promise of ‘new’ Tezuka manga.

In the meantime though, I’m left with a lot of questions; Will the program only set out to replicate Tezuka’s art style? Will it be able to take Osamu Tezuka’s vast and creative narrative abilities into account that come out not only in his scripts and plots but in what he chooses to draw? Any halfway decent artist can emulate another’s style; There are enough OC Dragon Ball Z and Naruto characters still on Deviantart to attest to that. What I really want to know is if this AI will be able to capture Tezuka’s unquantifiable creativity which comes out in his manga in so many ways.

Outside of the ‘Tezuka 2020’ AI’s capabilities and output alone, I’m also left pondering some of the philosophical questions we’re left with. Obviously it’s impossible to create new Osamu Tezuka manga. He’s been dead for over 30 years now. However what if the AI succeeds in not only recreating his style but creating captivating work? Should we just have artificial intelligence and machine learning replicate the likes of Akira Toriyama so we can get more Dragon Ball? Why not AI created sequels to Akira or anything else? I know I’m jumping the gun but these are things to possibly contend with if the technology nets good results.

Of course, it makes sense for Toshiba to choose Osamu Tezuka as their test subject. Heck, he might have even consented. He’s the godfather of both manga and modern Japanese animation, but the man throughout his life always embraced new ideas. Astro Boy at its core questioned whether robots with intelligence and consciousness were really different from humans or not. While we’re dealing with software not hardware in this particular case, it’s a little ironic that now we have ‘new Tezuka manga’ on the way created by something not human.

Toshiba’s ‘Tezuka 2020’ project is supposed to unveil its results in February 2020.