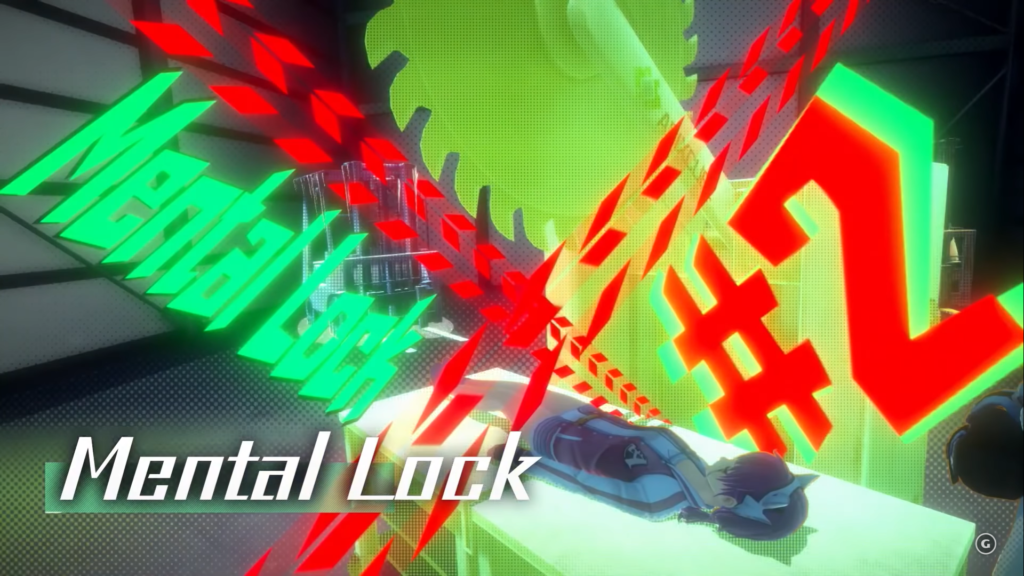 It’ll be extremely hard for me not to compare AI: The Somnium Files to the Zero Escape trilogy. A bad way to start a review of a completely different game but both being the children of one Kotaro Uchikoshi developed at Spike Chunsoft, this new game we have on our hands certainly would not exist without his previous mystery trilogy and that actually wouldn’t have turned into a three-game series without its western fanbase. When Uchikoshi first put out Nine Hours, Nine Persons, Nine Doors in Japan, more commonly referred to as 999, it received critical praise but wasn’t a best seller. It actually wasn’t until it was released in the west, which had been turned onto to these types of half-visual novel half logical puzzle solvers via games like the Ace Attorney series, that the game flourished and Uchikoshi was allowed to follow it up in 2014 with Virtue’s Last Reward and 2016’s Zero Time Dilemma.

While working on a smaller scale Kotaro Uchikoshi, who in addition to these games also penned the anime Punchline, is every bit an auter as a Hideo Kojima or a Yoko Taro. While AI: The Somnium Files is not connected to Zero Escape in a formal way, it still owes a lot to those previous games. You’ve got a similar theme of multiple realities at play as well as slews of out of this world twists and tracks. One key difference; He honed his self-aware and playful writing style on those narrative-heavy games and now with a bigger budget Uchikoshi has really amped up the visual element; Full 3D environments, actual segments you can walk around in, and these dream sequence events where the writer-director has tapped into a visual imagination he never has before. This all sounds great great on paper, doesn’t it? A whole new mystery adventure that takes you through parallel timelines and inside people’s dreams whipped up by one of the most intriguing writers of our time with a bigger budget than he’s ever had before. So what’s lacking? In a word, gameplay.

AI: The Somnium Files is a visual novel that’s trying its hardest to pretend not to be one. Now, I’m a big fan of games like Dangan Ronpa, Ace Attourney, and of course the Zero Escape trilogy. Those were all, at their core, puzzle games pretending to be visual novels. You might not call it gameplay in the same way one would call running around and jumping on goombas gameplay in a Super Mario game, but you really had to think to get through those games. In Ace Attorney and Dangan Ronpa, the story bits were on rails but once you get to their iconic trials it’s on you to figure out the contradictions between statements and evidence. Zero’s Escape has these gigantic room size puzzles that combine elements of deductive logic, math, and other odds and ends where it becomes borderline impossible to cheat the system. In contract, in AI: The Somnium Files’ signature dream sequences you’re basically in effect just making choices; Choose to go to point A or point B and then choose to press x or y. That’s it.

I’m really doing this review out of order aren’t I? I’ve gone into the game’s creator and its’ biggest flaw all without talking about the good stuff or even introducing the game properly. While the trailer above does a better job than I could of giving you a taste of AI: The Somnium Files, to sum it up you basically play an agent of secret police division that has the power to tap into people’s dreams. Better than that, Date has an AI consciousness in his eyeball, appropriately named ‘Aiba’, who you actually do get to control during the game’s ‘Psync’ sequences. When you’re not doing those, you assume the role of Date as he goes to the same location over and over, in multipile realities even, and has conversations with people. An Ace Attorney gives you a more tradition visual novel presentation of these conversations, but The Somnium Files presents them with full voice acting and full, though simple, animation. 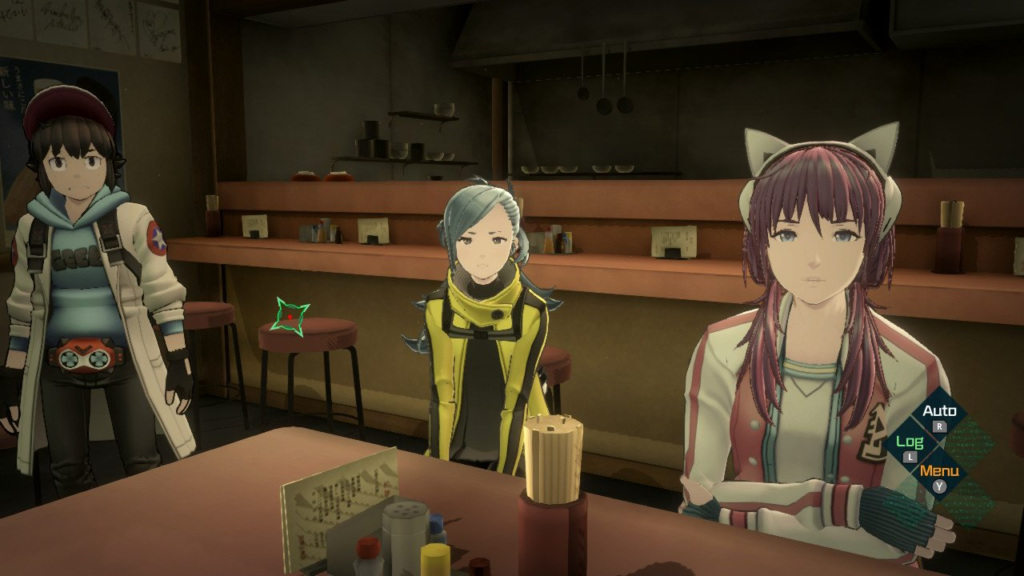 In effect, you’re spending 90 percent of the game reading a visual novel that’s dressed up with some 3D graphics and the other 10 percent of the time you run from place to place in these dreamscapes. Out of context, that’s a little disappointing compared to the elaborated puzzle situations of Zero Escape which would make you feel insane trying to solve them but they’d be so good that giving up wasn’t an option. However, the same could be said for Ai: The Somnium files; It’s so good that the lack of puzzle or logic elements in favor of an experience that’s spoon fed to you isn’t a problem.  At this point in his career, Uchikoshi’s gotten so sophisticated and nuanced in his delivery which he’s made more accessible than ever by not making players waste hours on difficult puzzles that may be a deal-breaker for some.

If you’ve enjoyed his previous games, you may morn the absence of compelling game-play but Kotaro Uchikoshi’s A Plus banter and maniacal twists are all presents and enhanced the better visuals and wild dream sequences. A carousel with upside down horses stuck onto pikes, a murderous polar bear, even an entire segment that pulls of genuinely compelling satire of Minecraft; Not only is each new development in the plot and every bit of character writing a delight and surprise, you have you idea what you’ll be thrown into next literally. Uchikoshi’s chosen to go exorcise his creative juices via visual spectacle instead of a fourth helping of logic porn and it’s resulted in a really unique experience worth playing even if you’re not really playing anything. Visual direction isn’t the only innovation he’s made in the process of making AI: The Somnium Files though. 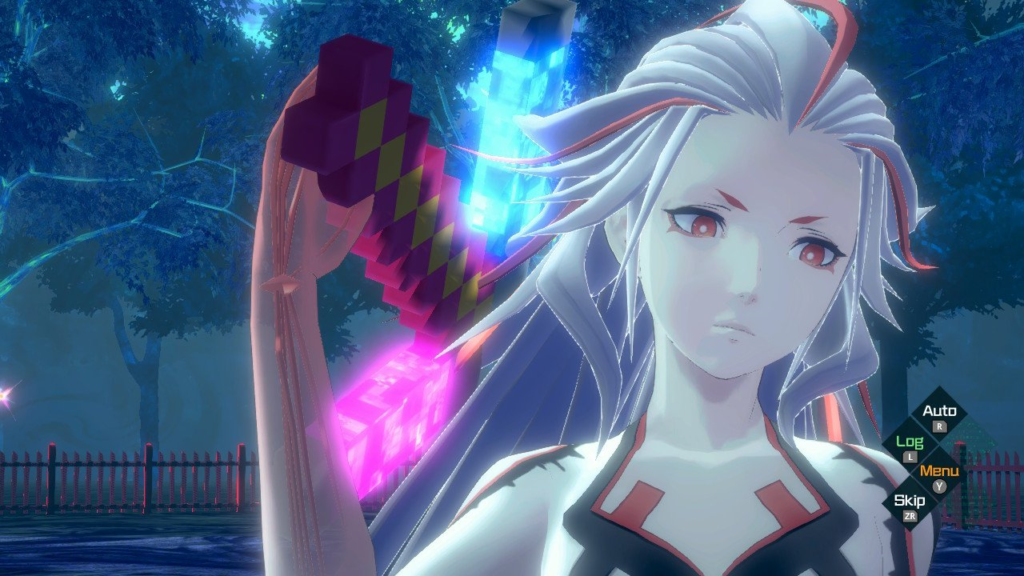 One of the most genius and mad idea I’ve ever seen executed in for a video game; Uchikoshi invented a Virtual YouTuber named A-Set let’s player who put out a slew of ‘real’ let’s plays and vlogs before AI: The Somnium Files actually came out. At one point, she even ‘disappeared’ when Uchikoshi was traveling abroad for GDC. Post the game’s release in Japan, there’s even videos of A-Set PLAYING AI: The Somnium Files! Now, I’m sure this kind of thing has happened at the dojin level or maybe with Hatsune Miku based content but the idea of a Virtual YouTuber in our world being a real-life character in this game, and those vlogs being canonical, is some next-level creativity that could only come from the mind of a bonafide genius. It’d be like if Kizuna Ai was in Death Stranding or if Capcom started making let’s plays starring Dante From Devil May Cry. 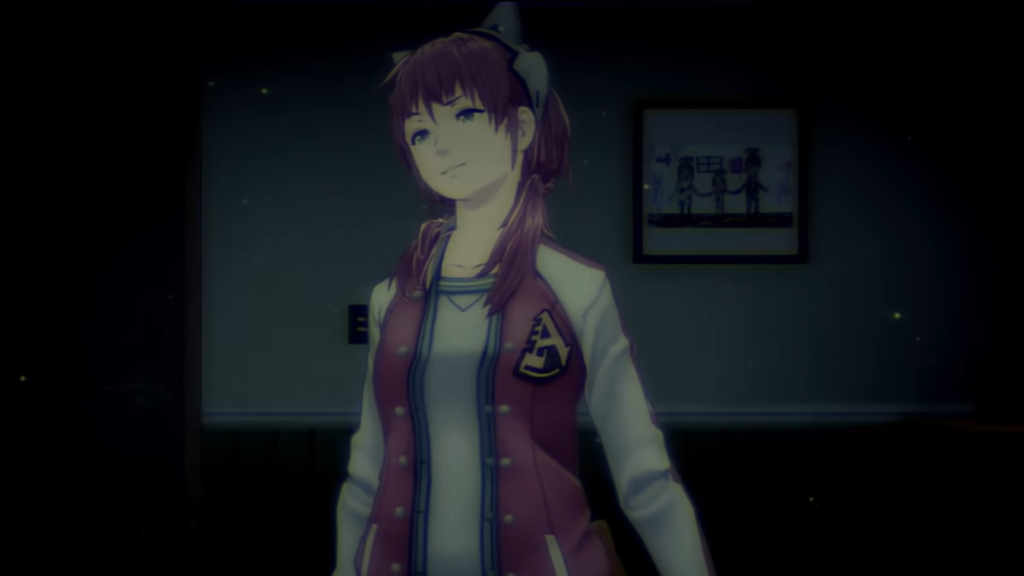 Her character is quite interesting; She believes she’s being targeted by an Illuminati level group for discovering their plans to take over the world and after getting murked in one reality or two, who’s to say. All the character in AI: The Somnium Files are pretty intruiging; I’ve mentioned the Ai Eyeball Aiba. You have the mid 40s Yakuza member who’s obsessed with A-Set above. Her ‘thrall’, the absolute nerd Ota who white knights A-Set against his own alternative twitter accounts and more. There’s a lot of humor to be found in this Uchikoshi game despite revolving around a series of murder and torture that absolutely shines and the dichotomy between the elements results in one unforgettable experience from start to finish.

I guess to go over a couple of technical elements; I played AI: The Somnium Files on the Nintendo Switch. There was definitely some longer load times than I’d have imagined and frame-rate issues in both docked on TV modes. It might be a little better on PC or Playstation 4 in that regard but, despite the neat visuals, it’s not like this game should pushing processing limits so it does get a little annoying. That said, being a visual novel and not a game that relies on quick thinking, these issues don’t really get in the way of the over all experience. 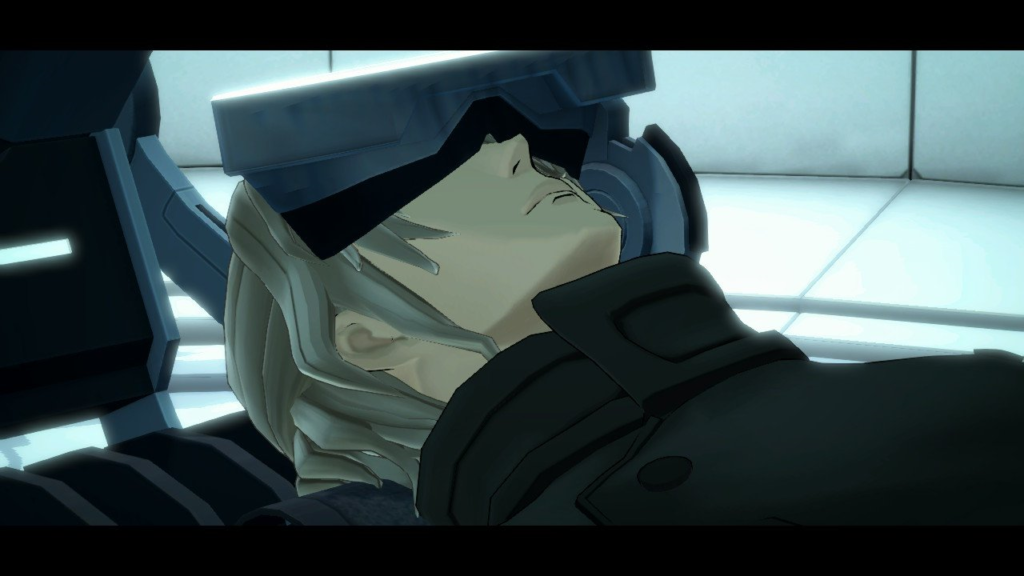 There’s really a lot of charm and nuance to be found within AI: The Somnium Files. Even without the problem-solving elements I’ve come to love in Zero Escape and games like it, there’s really a lot to sink your teeth into here. It’s a dense novel of a game to be sure, but one who’s writing has a lot of pop appeal without sacrificing substance or craft; Compared to Uchikoshi’s Virtues’ Last Reward in that regard, it’s a breath of fresh air. Definitely more friendly to players who are new to the mystery visual novel genre and one that’s more likely to get people to consider other games in this vein due to its low barrier to entry. I’ve really loved playing through AI: The Somnium Files and would recommend to anybody who wants a substantive 20ish hour narrative experience to finish out the year.

AI: The Somnium Files by Spike Chunsoft is available on PC, Playstaion 4, and Nintendo Switch now.