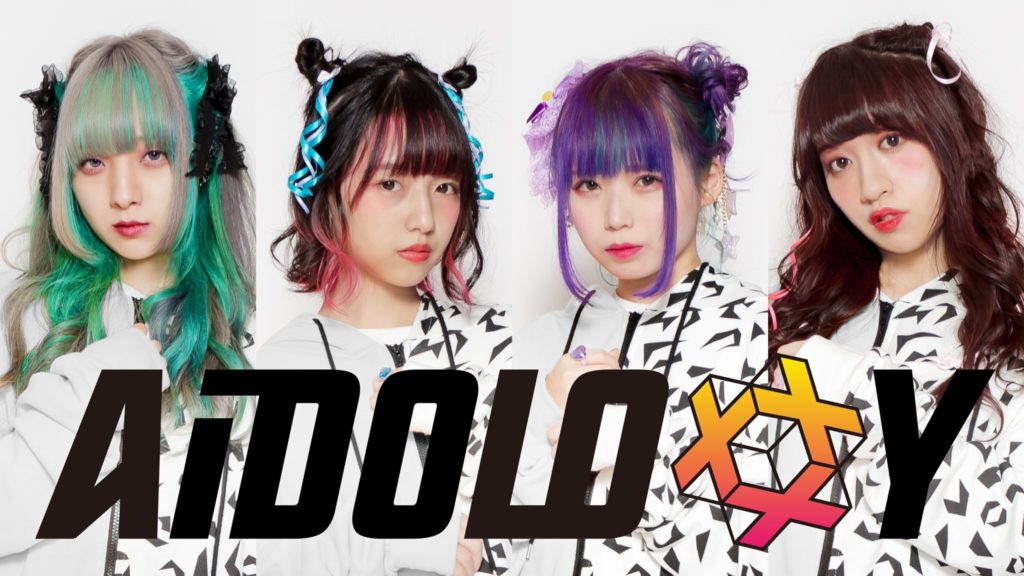 Earlier this year, Shibuya-based fashion brand galaxxxy sent out an open call for auditions for a rather ambitious project they were planning to undertake: launching an idol group. Back in May this year, this open call followed a legacy of industry support creating merchandise for various idol groups in the past, using their unique style to create an identity for an idol group that could link to the galaxxxy brand. After a few months of silence as the auditions were held and members signed, the galaxxxy supported idol group has officially been unveiled under the name Aidoloxxxy, with a debut free live show being unveiled alongside this.

The four-member group consisting of Marutani Asahi, Utsuki Rito, Ramu Mikumo and Rinnohoshi Mari were unveiled to the public by galaxxxy yesterday, who will be supporting Aidoloxxxy going forward. While we currently don’t know what music the group will perform, it seems likely that a greater indication of the group’s future direction will be revealed at the group’s upcoming debut free live. Set for November 27th, the group will be performing a free live at Shibuya’s Club Asia alongside Yurumerumo!’s Younapi, who previously worked with galaxxxy herself earlier this year for a clothing collaboration and gallery exhibit. That concert is set to start at 7 pm and tickets can be reserved over on Tiget, with those who do this and attend the concert receiving a free signed solo checki as a present.

You will be able to interact with the group in the meantime, however. Not only can you follow Aidoloxxxy on twitter, but the group will also be hosting a weekly radio show over on FM Fuji called ‘GIRLS GIRLS GIRLS=flying high=RADIOLOXXXY SCHOOL!!’. The show will be hosted by the group and run every Monday at 11:30 pm, a nice way to close off a late night for those interested in learning more about the group.

With the backing of galaxxxy promising an exciting visual style to the group (and hopefully some fun and fashionable pieces of merchandise too!), I’m excited to learn more about the group in the lead up to and after their debut next month. In the meantime, you can follow Aidoloxxxy over on twitter and, if you will happen to be in Japan on November 27th, reserve a ticket for the free debut live at Club Asia on the same date.