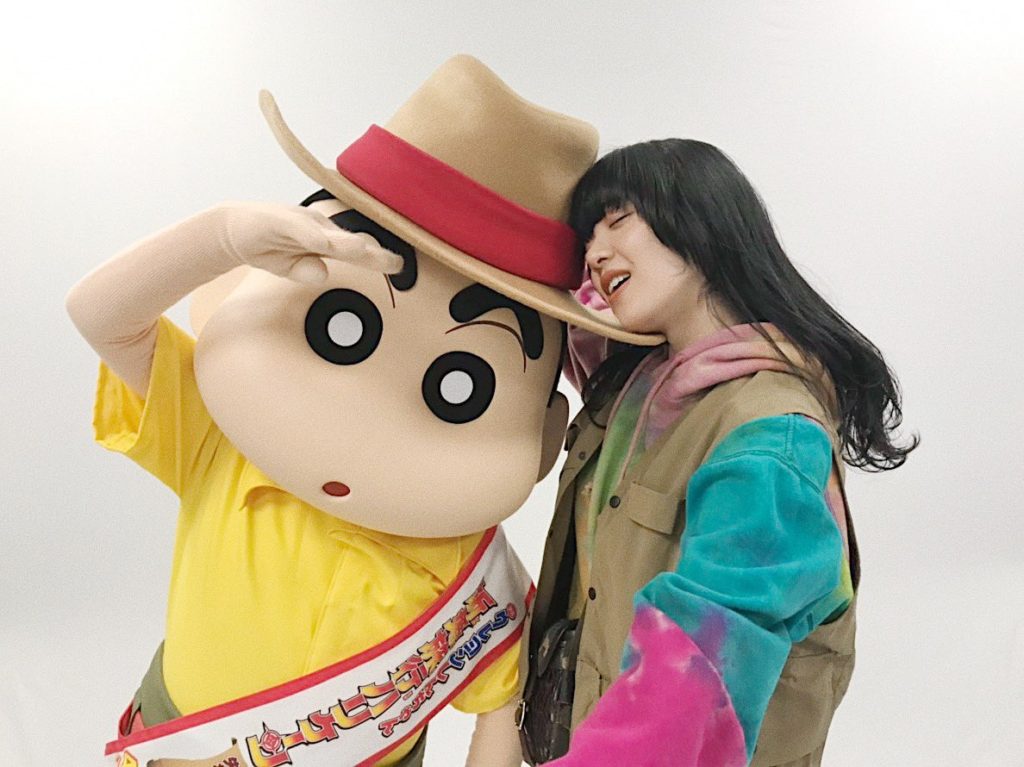 Landing a song as the theme song for a cartoon or movie can be a breakthrough moment for a J-pop artist. Even more so when a young performer lands an opening or closing number for a beloved series, particularly one loved by kids. It’s usually a sure-fire way to shoot up the entertainment pecking order.

Singer/songwriter Aimyon doesn’t necessarily need one of these tie-ups to make her case as one of Japan’s fastest-rising musical stars. Over the past year, she has become a top-level musician in the country thanks to her soaring pop numbers and more rollicking acid-tongued rockers. She played at this year’s edition of Kohaku Uta Gassen and has become a staple on weekly music shows…not to mention boasting strong sales, including this past February’s Momentary Sixth Sense.

Aimyon did that without any commercial crossovers… but really, one can’t hurt her visibility, yeah? Today she released the video for the new single “Haru No Hi,” which serves as the theme song for the newest Crayon Shin-Chan movie. Watch the video below.

The song and accompanying clip offers no nods to the animated features it appears in, though, and rather highlights many of the approaches Aimyon has used in recent memory to get all this attention. It’s a mid-tempo number pushed forward by acoustic guitar strums and the thinnest of keyboard melodies, leaving plenty of space for her singing. Her words have been central to her appeal, and “Haru No Hi” highlights Aimyon’s ability to write detailed scenes — this one unfolds in Tokyo’s Kita-Senju Station, focused on the fleeting nature of relationships and life as spring sets in. I guess the next Crayon Shin-Chan is going to be heavy.

Besides contributing a song, Aimyon also had the privilege to be drawn in the style of the cartoon. The new animated film comes out on April 19 across Japan. Watch the trailer below.