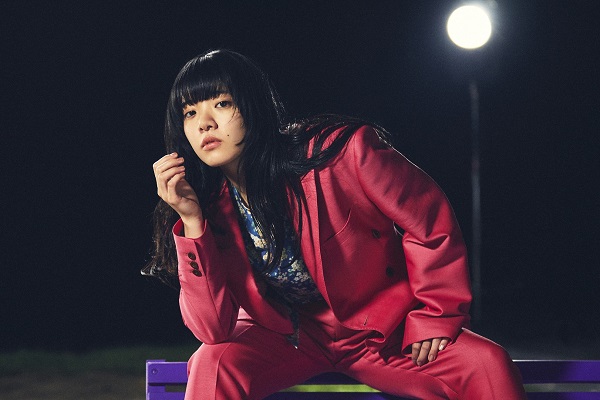 The biggest challenge facing interesting singer-songwriters who find themselves on the path to J-pop stardom is making sure their music can remain actually good. This isn’t an industry seeking out the most innovative sounds, favoring the familiar (and well-selling) over anything that might try to shake the environment up. Like, have you heard how many copy-machined ballads float about in the charts here?

Aimyon has been trying to find a balance between mainstream accessibility and her more creative impulses for a little bit now. So far, she’s done pretty well at maintaining that, but 2019 has seen her get even bigger in the marketplace, which ups the difficulty significantly. Yet she’s done pretty well, and her latest single “Her Blue Sky” once again courts the familiar while adding some slight unease into the mix. Listen below.

This song serves as a theme for an anime movie of the same name, which instantly gets eyebrows raised. Tie-ups of any sort present one of the hardest challenges for artists to wrangle with, as they aren’t just expressing themselves at this point but also having to win the approval of a boardroom. Some artists — Perfume, Kenshi Yonezu and DAOKO —  can pull it off, but plenty of others misfire. Aimyon opts for a mid-tempo approach that pushes this one close to a pretty standard J-pop number. She even finds a way to work strings and sparkly fanfare into the chorus, which is the single’s biggest weakness. This sounds like something a lot of performers could put together.

It’s the edges, though, that are pure Aimyon. Electronic details ripple off at various points, giving an unsteady and slightly uneasy vibe to the familiar. There’s also that pre-chorus bit where everything backtracks a bit and multiple Aimyons come together to add a little menace to a number that leans a little too feel good. Coupled with her usual detail-heavy lyrics — few people describe kisses with quite the culinary flair as Aimyon, here describing one as “caramel flavor” — it’s these details that remind she can still work herself into the music, even if it requires a little more stealth.