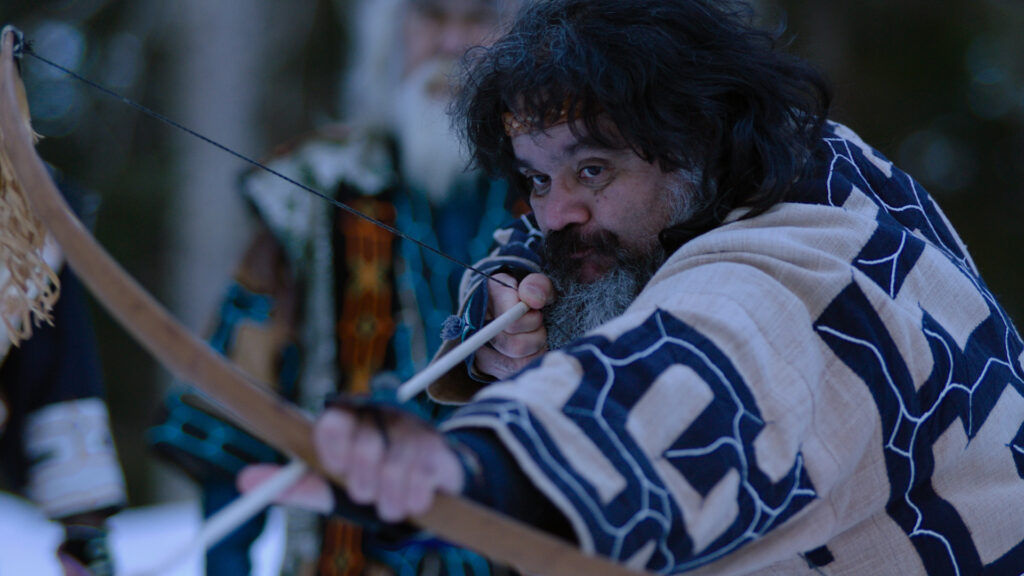 What struck me most in the very opening minutes of Ainu Mosir was how this film was shot. While this is very much a drama in terms of story and structure, centered on a 14-year-old boy’s coming-of-age as he charts an identity and future between modern Japan and his Ainu roots, the film is shot much closer to the style of a documentary. The film regularly uses panning scenic shots, onlooking handheld camera shots, and a grounded core that even takes advantage of casting real Ainu: they are brought to discuss their struggles with practicing authentic Ainu traditions and battling for their own survival and identity amidst their commodification for tourism cash.

However, Ainu Mosir is difficult to fully understand without knowledge of the conflict between Ainu tradition and modern Japanese society. To discuss this film requires a discussion of the questions it raises about how the Ainu are perceived in modern Japan and the challenges of cultural preservation, particularly when this preservation comes within a conflict between native people of the land and the dominant population.

So let’s have that discussion.

For those unaware, the Ainu are an indigenous people mostly situated within the Hokkaido region of Japan. Once the dominant population of the region, estimates now place the Ainu population as low as 25,000-200,000. After national government policies (particularly during the Meiji era) sought to exert control on the region and forcibly assimilate Ainu into Japanese society, they and their traditions were almost wiped from Japan altogether. 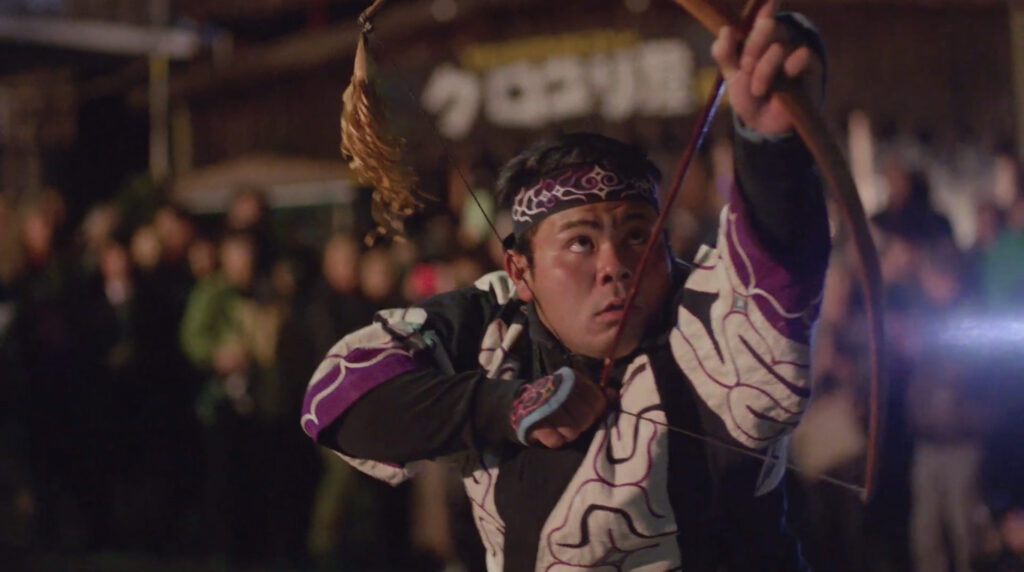 The Ainu became a minority on their own land, and colonial policies that stripped them of that land are partially the reason so few Ainu still exist in Hokkaido today. The Ainu who haven’t assimilated into Japanese society are foreigners in their home country. Much of their traditions are no longer practicable, and the traditional villages they live in act as part-time tourist hubs for Japanese people to gawk and stare at their ‘foreign-ness’, as the Ainu perform traditional ceremonies and dress up like animals in a zoo to earn the money needed to put food on the table.

It’s on this background of colonial legacy against the Ainu population that this coming-of-age drama is set, and it’s why I note the film’s documentarian viewpoint on events. Ainu Mosir follows 14-year-old Kanto as he tries to find a future for himself and understand his own identity. At an age of needing to consider a future high school to continue his education, he harbors wishes to leave the Ainu village he was raised within as a result of the othering he feels and the constraints of Ainu life. We witness this ‘othering’ first hand when tourists comment that ‘your Japanese is so good’, despite it being their native language since the Ainu language is all but extinct.

On the other hand, you have Debo, an older man who attempts to acquaint Kanto further with Ainu customs. To this end, he introduces him to the Forest of Light that supposedly connects to a village where dead people live, serving as a connection to his deceased father, alongside a bear cub Debo is secretly raising. While Kanto may be unaware that this bear will eventually be sacrificed to the gods during the planned revival of the iomante ritual, it gives him a purpose as he helps to raise it. 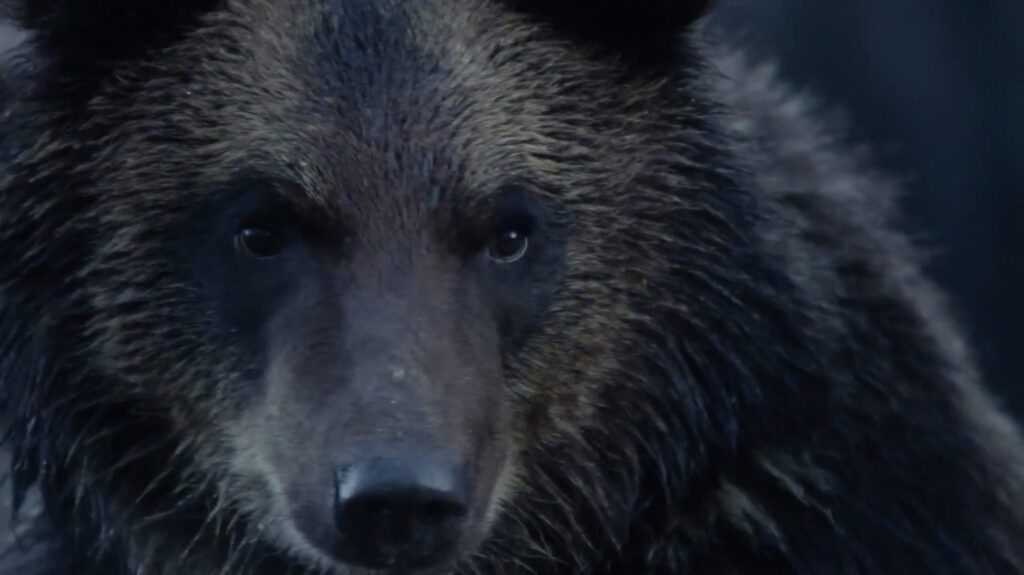 Much of the rest of the film plays with these parallel stories in interesting ways. It is during Kanto’s search for identity when, as both a part of the native people and as a person torn between a modern Japan and his roots, he feels unable to find an identity of his own.

Coupled with the documentarian approach to Kanto’s story and Ainu culture, authenticity sits at the core of Ainu Mosir. Alongside being filmed on location, much of the cast is made up of amateur actors who are Ainu themselves, and it’s been noted that the story of the film was influenced by their own experiences. This grounds the film in a sense of reality that draws you in and increases your investment with Kanto and the entire village. The performances are strong, as well, especially from Kanto (Kanto Shimamura), who conveys a lot of emotion on his face despite saying relatively little throughout the film.

It’s this authenticity that makes the iomante ritual so powerful as a central aspect of the story. This ritual means different things to different people within the Ainu village, whether that be Kanto’s sense of purpose in raising the bear or Debo’s sense of reclaiming Ainu heritage by performing a ritual solely for their Ainu beliefs, especially through his desire to shut off outsiders to conduct it solely for the village itself. When contrasted with the coldness of the tourists or Kanto’s rock-and-roll group performing ‘Johnny B. Goode’, the iomante becomes a symbol of identity contrasted against outside forces. 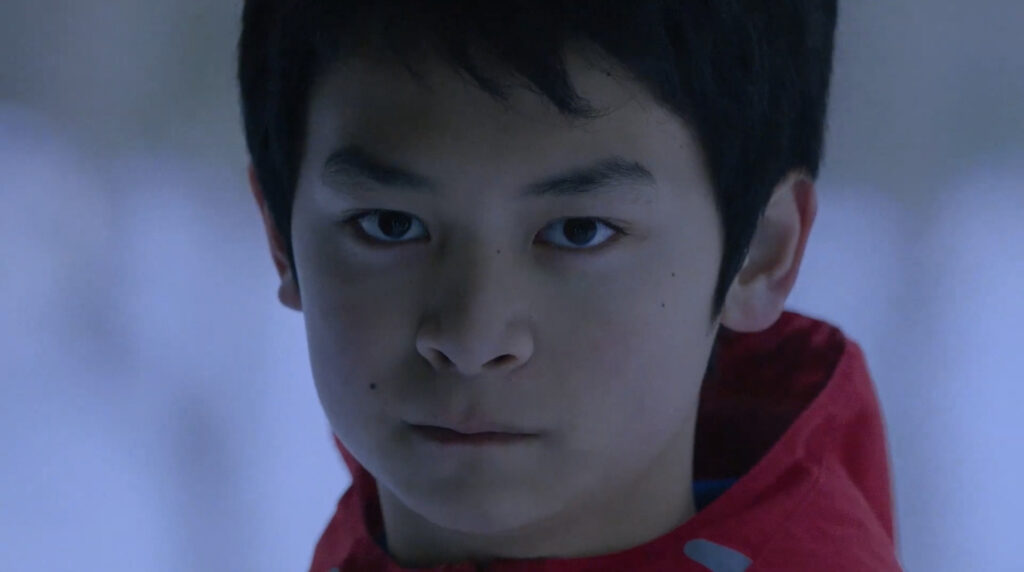 Ainu Mosir has all the hallmarks of an engaging tale that challenges the viewer to consider the questions of native heritage and attitudes towards native cultures, wrapped in a tale of family loss and identity. To an extent, it succeeds with this. But it’s not perfect.

The documentary feel of the film is a blessing and a curse. It allows for a wider look at Ainu culture’s place in the modern day, but this creates a stand-off approach to the film that feels less personal and more observational. It’s difficult to fully invest in particular characters when the double-edged sword of the documentarian film approach prevents us from getting too close to them. Certain key emotional moments fall flat as a result. 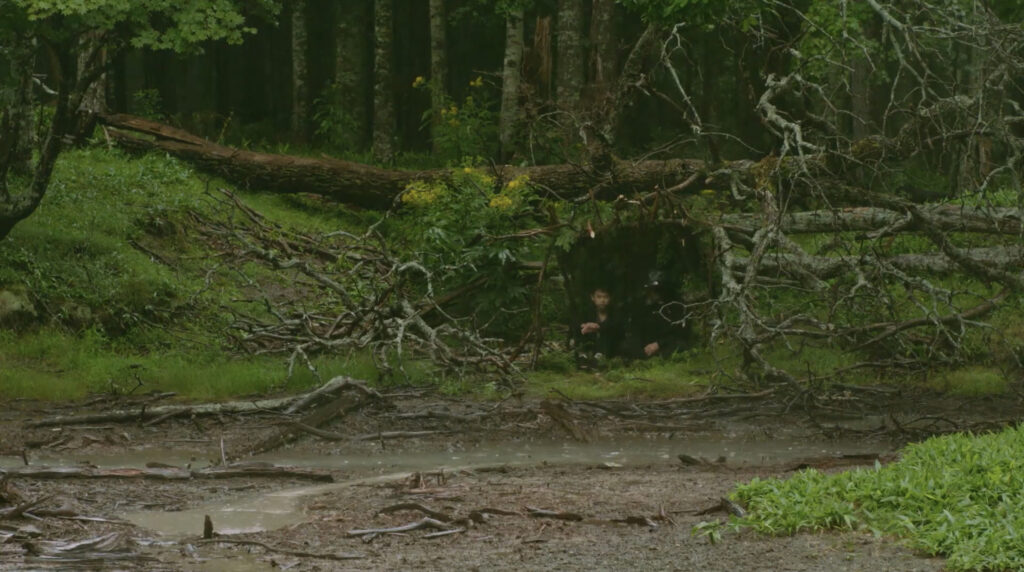 Still, this is a great movie on a rarely discussed topic. Few Japanese films cover Ainu culture at all, never mind discuss its place in modern Japan like this film. Even if it’s not perfect, it’s a film I can easily recommend to anyone with a Netflix subscription.

Ainu Mosir is available in 16 countries, including the US, Canada and the UK, via Netflix.