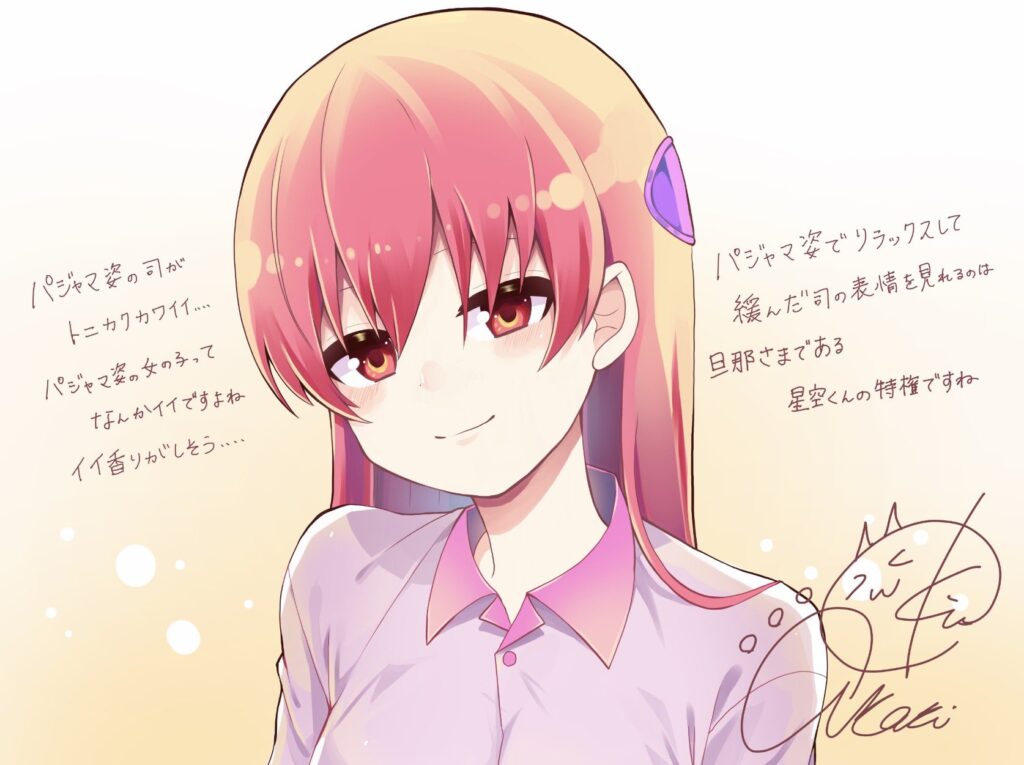 TONIKAWA: Over The Moon With You has become this fall season’s most popular romantic comedy, and probably the most impactful one since the second season of Kaguya-sama: Love is War ended. It’s currently sitting within the top 5 most popular anime of the season on MAL, and ranking in at number two on AniTrendz. Its banger of an OP has also amassed nearly a whopping million and a half views on YouTube to boot. People are going nuts and fanning over the show, including its leading lady Tsukasa’s voice actress, Akari Kitō.

Last week, the renowned starlet drew an illustration of Tsukasa that’s so surprisingly on-point, one could mistake it for official art. Kitō’s interpretation of her animated avatar included giving Tsukasa some fluffy pajamas to wear, which she insisted was very cute.

“Tsukasa normally comes across as pretty cool and detached, both in terms of her personality and her appearance,” Kitō would say at Crunchyroll’s virtual expo this year. “But the way she shows her cute, or silly side around [the main character] Nasa is a big part of what he finds really cute about her.” Perhaps Tsukasa in the pajamas is Kitō’s own way of expressing her character’s cute and silly side.

Kitō Akari’s decision to draw a character this cute, let alone voice one, should come as no surprise to her fans. Akari is no stranger to the kawaii and moe, having already lent her voice to Kimetsu no Yaiba’s Nezuko and Kanata Konoe in the new and ongoing Love Live! spin-off series. What’s lesser known, however, is her affinity for drawing art, which goes way, way back to her elementary school days. Just recently, she drew a picture of Nene Yashiro from Jibaku Shounen Hanako-kun and uploaded a video of it onto TikTok, where it’s received close to one million views.

TONIKAWA: Over The Moon For You is available for your viewing pleasure on Crunchyroll.