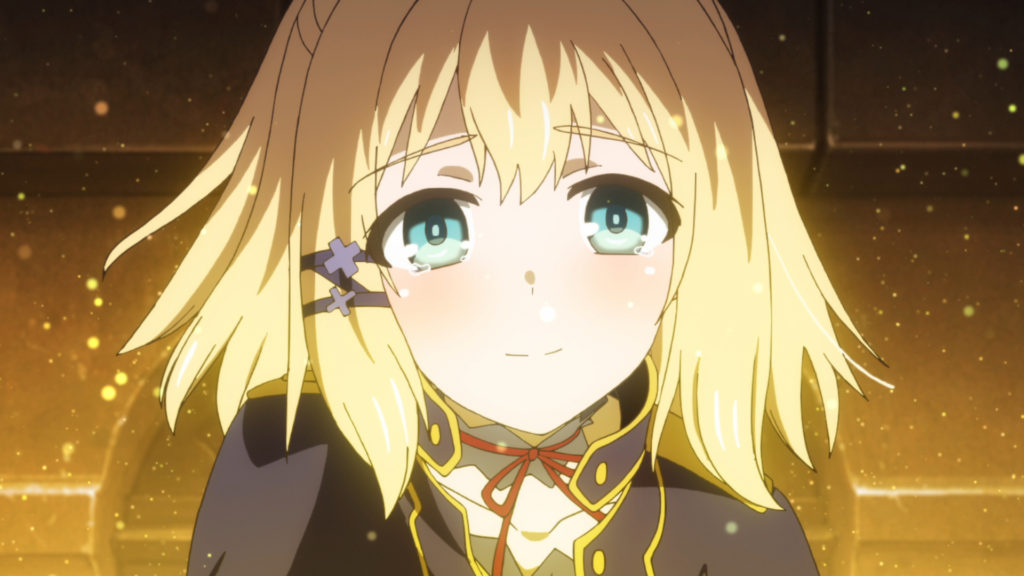 We’re only three days away from the third episode of Lidenfilms’ Spring 2017 animated series Akashic Records of Bastard Magical Instructor, and publisher Kadokawa have given us our first look at what’s going down. In the 33 second clip that begun streaming via their official YouTube channel on Friday, series heroine Sistine Fibel warns of the upcoming terrorist attack on the magical academy. In order to rescue those taken hostage during the attack, it’s going to be up to Glenn Radars to finally demonstrate his true ability.

There’s been a lot of discussion in the West as of late surrounding the series. Many viewers express that they entered the show under the impression that it’d simply be another animation surrounding crudely-dressed school girls fawning over the series protagonist, only to be pleasantly surprised by the show’s complexities. If you’re yet to check out the currently airing series, you can find the show’s synopsis below:

The Alzano Imperial Magic Academy is located in the southern part of the Alzano Empire, and is among most prominent magic schools in the world, where students can learn the highest forms of magic. All those who strive to learn magic dream of studying at this academy, and its students as well as its teachers are proud to be a part of its 400-year history. Glenn Radars is a new instructor who has suddenly been appointed to teach part-time at this highly respected academy. The previously unheard-of lessons of this man known as a good-for-nothing bastard are about to begin.

Akashic Records of Bastard Magical Instructor is currently available for simulcast on Crunchyroll for those interested in checking out the show. Further information on the series can be found via its official website, here.