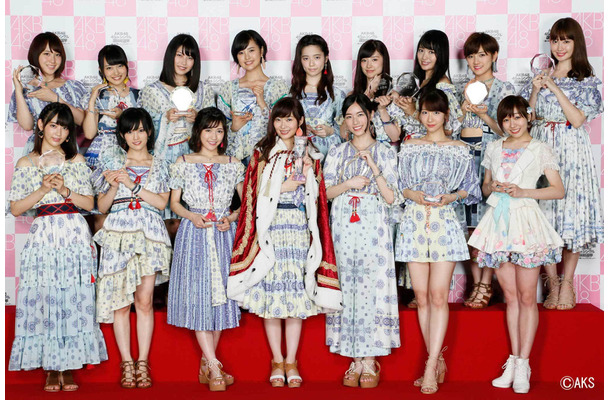 Popular J-pop idol project AKB48 will not hold their annual general election this year, according to a post made on the group’s official blog late Wednesday night. The announcement comes at a time when AKB48, the best-selling female artist in Japanese music history, finds itself at a crossroads due to myriad changes and controversies.

The official announcement on the AKB48 blog does not give any specific reasons for stopping an event that has been held since 2009. The message, in Japanese, states the general election won’t happen this year, and the group will continue to work hard every day to become a group that fans can support.

The AKB48 general election has been the yearly centerpiece of the biggie-sized outfit — which includes sister groups in Japan and across Asia as part of its extended family — since starting a decade ago. The event serves as a popularity contest to determine the most popular member in the AKB universe, which counts several hundred young women among its ranks, with the top-ranked member earning the spotlight on the cover of and in the video of their subsequent single. The election results have been broadcast on prime time TV since 2012.

To vote, fans have to purchase a physical copy of AKB48’s pre-election single, which comes with a ballot (in recent years, ballots can also be done digitally). Unlike how real-world politics are (supposed) to work, this pop democracy allows one to vote as many times as they want as long as they keep purchasing singles. This often results in passionate fans making the pre-election single the most-sold release of the year in Japan.

By not holding the general election in 2019, AKB48 and associated acts will miss out on money generated from CD sales while also sacrificing the most publicized event tied to the group. It remains unclear if this is a temporary break or a long-term change.

The decision comes at a pivotal moment for a group that has been firmly in the J-pop spotlight for the last decade. Prominent members known by less passionate mainstream consumers, such as four-time winner Sashihara Rino (who thinks the move is “complicated”), are planning to leave the group in the near future to pursue other avenues in the entertainment industry.

The news also comes among arguably the worst scandal in the history of AKB48, involving sister NGT48 based in the city of Niigata. Member Maho Yamaguchi was assaulted by fans and reports alleged that the group’s management tried to cover up the incident to avoid media attention. That group’s manager has since been replaced, and an investigation is ongoing.