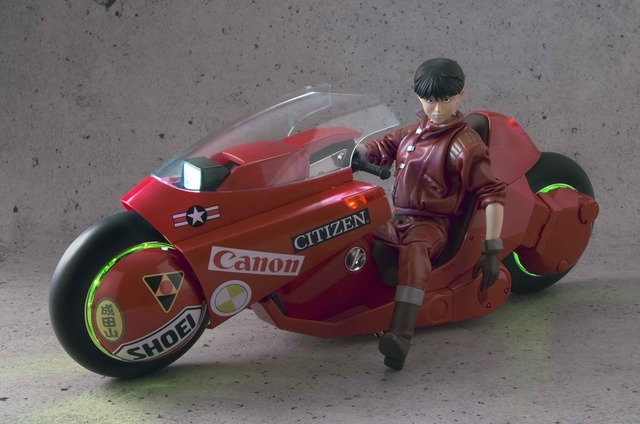 To say that Kaneda’s motorbike from Akira is anything but iconic is to undersell things immensely. It’s perhaps the most remembered thing to come out of the 1988 opus. People who haven’t even seen Akira at least know of the famous chase scene at the film’s beginning. You’d think that with all of the talk surrounding the famous bike, that figurines of it would have been more conveniently available. But fear not, because Tamashii Nations has made their one-of-a-kind premium motorbike figurine available for the first time in eleven years.

And good Haruhi up above, does this baby have it all to make it look, sound, and feel awesome. This 19.5” hulk trades the typical plasticky exterior for diecast metal plates to give it a more realistic feel, and comes complete with flashing lights and functioning suspension that can extend and retract the bike. You can also press on the gas pedal to hear the bike’s motor run, and the brake pedal to hear the bike come to a screeching halt. And if you really want to, you can plug this into a speaker to hear the sound effects at full blast. 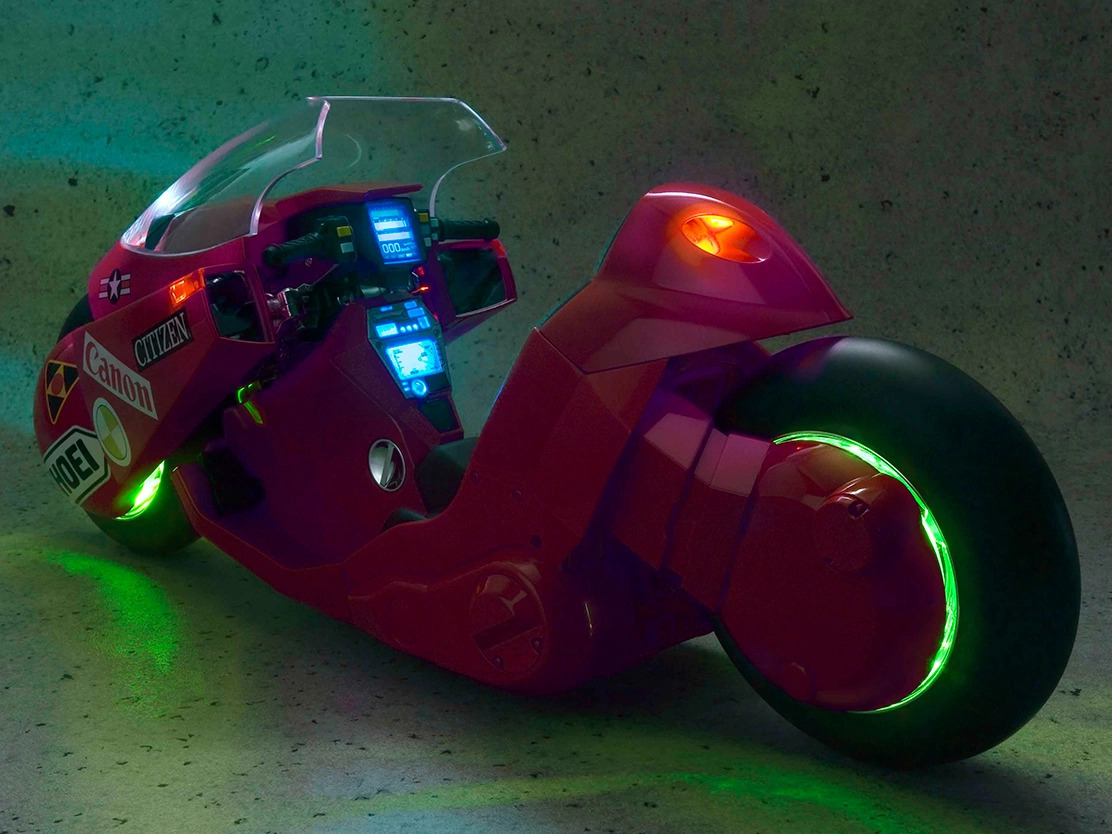 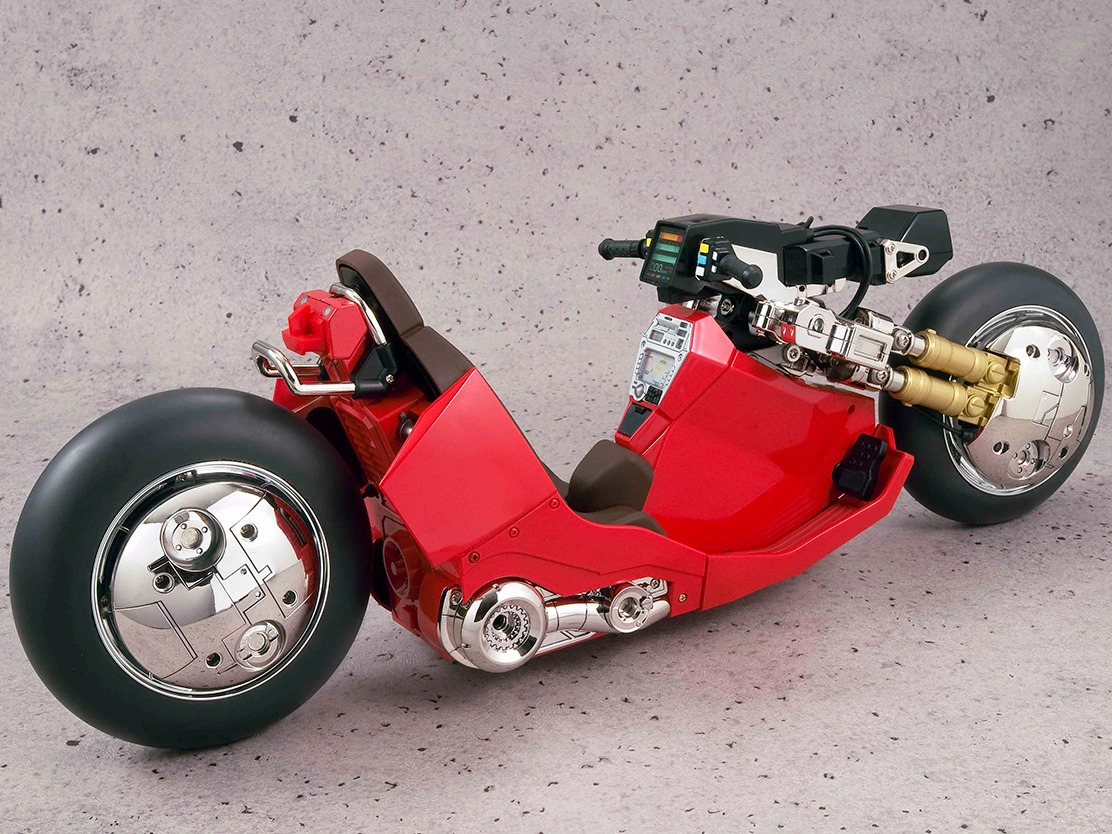 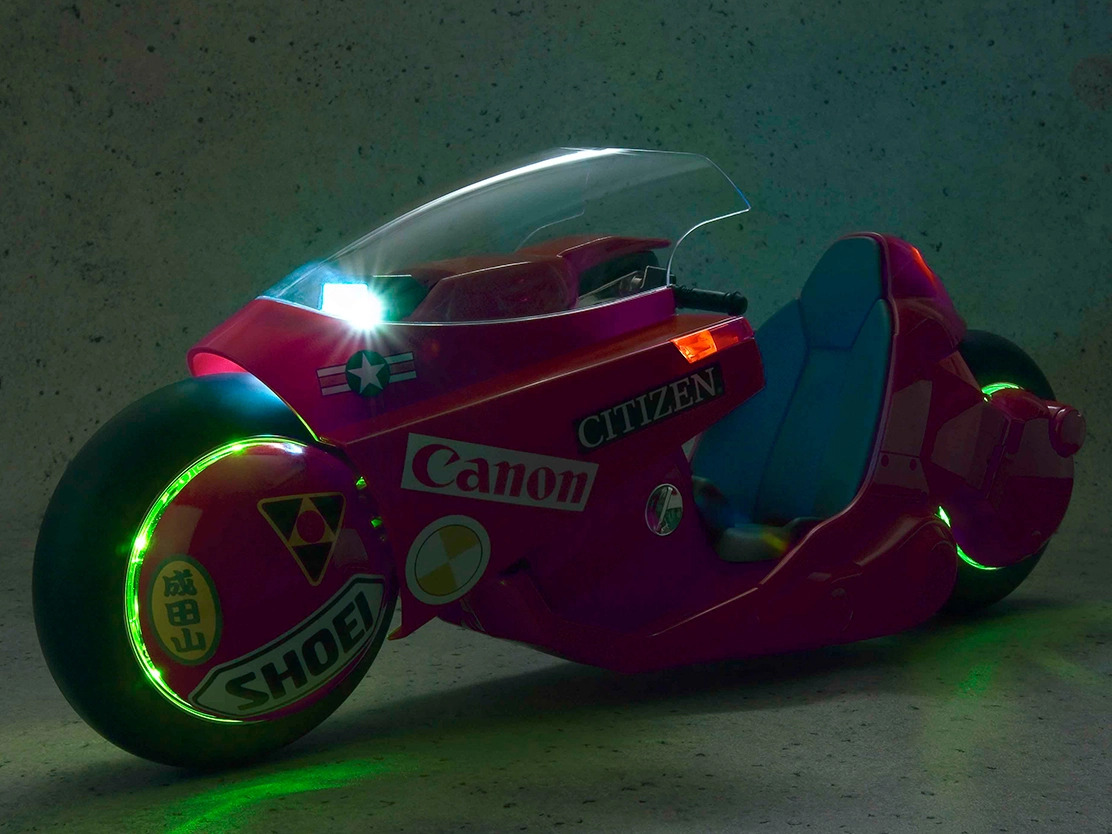 This motorbike replica is of course ultra-realistic, especially when compared to its McFarlane Toys counterpart, which looked decent but paled in comparison. Beyond lacking the technological glitz and glamor of Tamashii Nation’s figure, the McFarlane figure didn’t even have the right stickers (Canon was replaced with Corrupt, for instance). This was probably due to copyright and licensing issues, which while understandable was robbing the bike of its authenticity.

The Tamashii Nations motorbike figure will be released this coming May, just 13 months after the 4K release of Akira was released to the public. You can pre-order it now, but at a pretty steep price of 59,400 yen (roughly over $570).