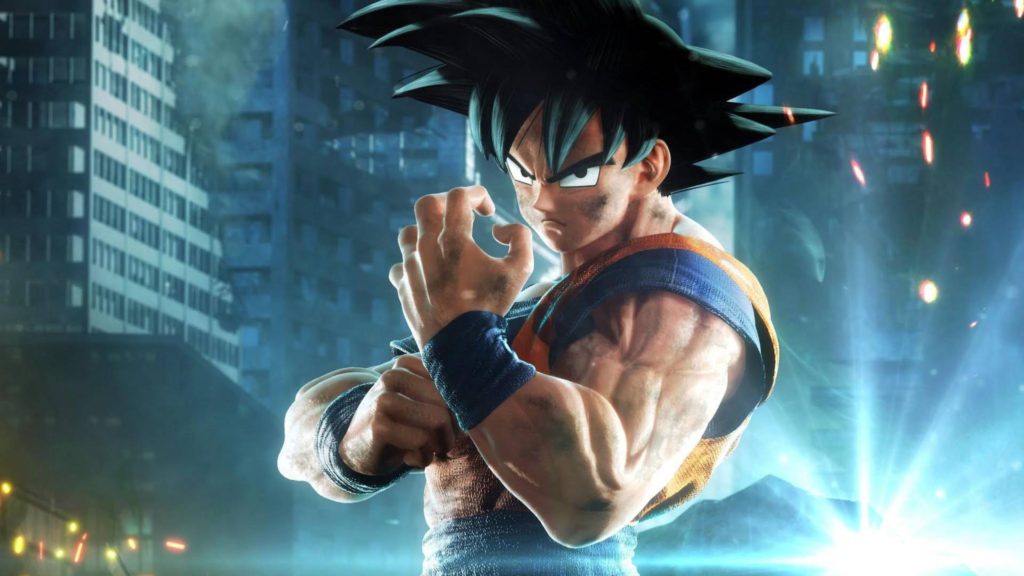 Things seem to be proceeding well with Weekly Shonen Jump’s upcoming brawler Jump Force, which is scheduled for release next year in 2019. OTAQUEST already had a chance to sit down with the game at this year’s Tokyo Games Show, and while our gameplay impressions were mixed, the recent news of legendary mangaka Akira Toriyama’s involvement in the game was enough to get us excited again. While Toriyama’s original character designs were already previewed during Bandai Namco’s press conference, this month’s V Jump gives a better look at them, as well as some new information. First up are two good guys who will be helping on your journey through the tumultuous world of Jump Force. The bald gentleman is named Grabber and is the leader of Anbras Base, where the player character finds themselves upon awakening. The robot next to him is named Navigator and will provide you with support on your journey – presumably related to character backstories, gameplay controls, and much more.

Next to them are two evil characters, who you and the various characters of Jump will find themselves clashing against. On the left, we have Cain, who is a leading figure of the evil organization ‘Venoms.’ The text also states that he is incredibly powerful, which is probably why he thinks that wearing a gold suit of armor is cool. To his right, we find Garena, an associate and member of the same organization of Cain. Interestingly, it is noted that underneath her beauty she hides a secret – perhaps one that could win her over to the good side?

One of my main questions surrounding Jump Force was the story’s antagonist since villains from Jump are being featured as playable characters. It’s not surprising that the villain has turned out to be an original character, but getting a veritable legend such as Toriyama to pen the designs was a great move – we’ve already seen how great his designs are in action, and especially in 3D thanks to his continued work on the Dragon Quest as a character designer.

With the game’s antagonists revealed, all that really remains now is to see what other Jump characters are confirmed as playable – most recently we’ve had Seiya and Ryu from Saint Seiya confirmed, along with Yu-Gi-Oh!’s Dark Yugi/Pharaoh. I’m still holding out for some characters from Nisio Isin and Akira Akatsuki’s excellent Jump series Medaka Box to be confirmed, but we’ll just have to wait and see.