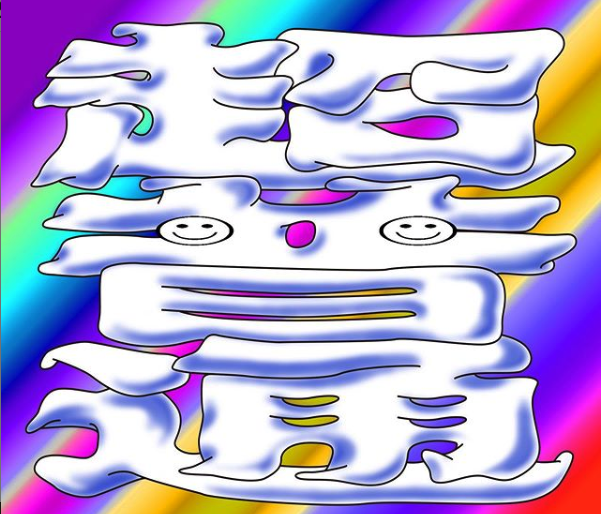 Writing about music can sometimes tilt dangerously close towards industry baseball. Looking at the rollout strategy for an artist or examining sales figures can offer insight, but it can also end up obscuring the actual music itself. Which is no good! Sometimes, the forces of the music market and capitalism can’t be figured out, and you just need to embrace the emotional resonance of a song rather than try to break it down with advanced statistics. This is something to keep in mind when talking about AKKOGORILLA, a rap artist who bum-rushed the scene a few years back en route to a major label deal and ad tie-ups with Spotify Japan.  She seemed poised to break through big time, but in recent memory has sputtered a bit.

Here’s where you can get into business minutiae if you want, and it sure is tempting. Yet the music she has been putting out remains as high-energy and charming as ever, so maybe it’s OK to stop cosplaying a guy wearing a suit and instead just enjoy her latest single, “Cho Futsu.” Listen below.

The title translates to “extremely normal,” and the song itself finds the rapper repeating the phrase “I’m a normal girl” over and over again. That’s tongue in cheek, and you don’t even need to slip into the lyrics to pick up on that. This one features production courtesy of left-field artists Foodman and Taigen Kawabe of the noisy rock group Bo Ningen, and the pair craft a slippery backdrop falling somewhere between drum ‘n’ bass and funkot. The music itself already upends expectations of what a Japanese rap song sounds like, and then AKKOGORILLA herself tumbles in and makes everything even more unpredictable. She matches and often surpasses the energy of the track — check all those adlibs — and uses walls of AKKOGORILLA’s making noises to create some of the trippier moments heard on a Japanese rap single this year. No need to think about if this one plays with the mainstream or not — just let it sweep you up.