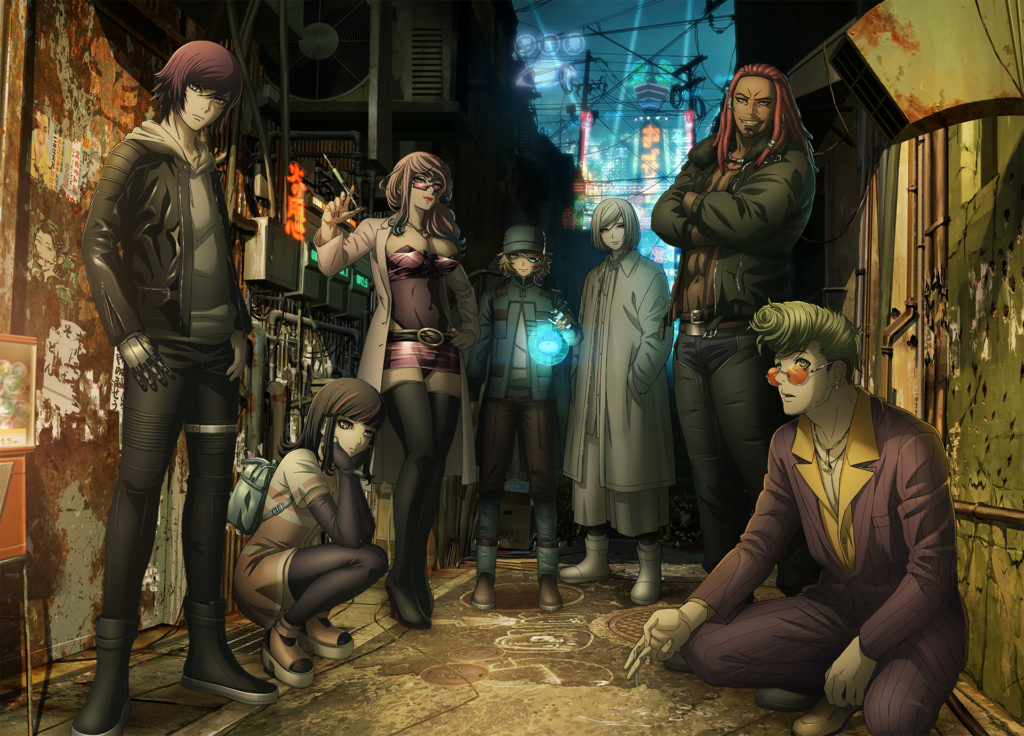 July’s upcoming completely original anime Akudama Drive is exciting to us for a couple of reasons First, in an anime landscape so dominated by one light novel Isekai adaptation after the other, curiosities start to get peaked when a show not based on an existing game, manga, or book gets announced. While an anime being ‘original’ isn’t always enough to make it good, it’s who’s behind this dystopian cyberpunky mess of a show that’s captured our full attention. As part of the initial line-up from the recently established Too Kyo Games,  Dangan Ronpa creator Kazutaka Kodaka the series’ iconic illustrator Rui Komatsuzaki are reconnecting this time in conjunction with Studio Pierrot on this new experience made specifically for the silver screen.

Too Kyo Games have summarized the backstory to Akudama Drive and it doesn’t disappoint considering it’s come from the people behind one of the wildest story-driven franchises of last decade. Before the start of the show, the Kanto and Kansai areas basically fell into civil war with Kanto coming out on top. As Tokyo ruled on, Osaka began to decay and a new kind of criminal started to manifest themselves; The Akudama. From the glimpses we’re seeing in the above trailer plus what information’s made been available on the show’s official website, it almost looks comparable to Psycho-Pass but from the criminal’s perspective.

To people that haven’t played Dangan Ronpa, the whole thing might just seem like a meme of yesteryear and Tik Tok fodder in respective! However behind the exaggerated deaths and the game’s piercing visual style courtesy of Komatsuzaki, whose lending their talents to this project too, Kazutaka has created a real daring narrative that ebbs and flows with emotion and intensity far beyond what the pink blood-splatter alone would suggest. Plus this time around in Akudama Drive, the main characters have names like ‘Ordinary Person’, ‘Brawler’, and ‘Cutthroat’. Not only are these titles amusing on their face, but they point a whole set of mysteries to sink your teeth into.

Akudama Drive will air this July, if a certain real life virus doesn’t get in the way.