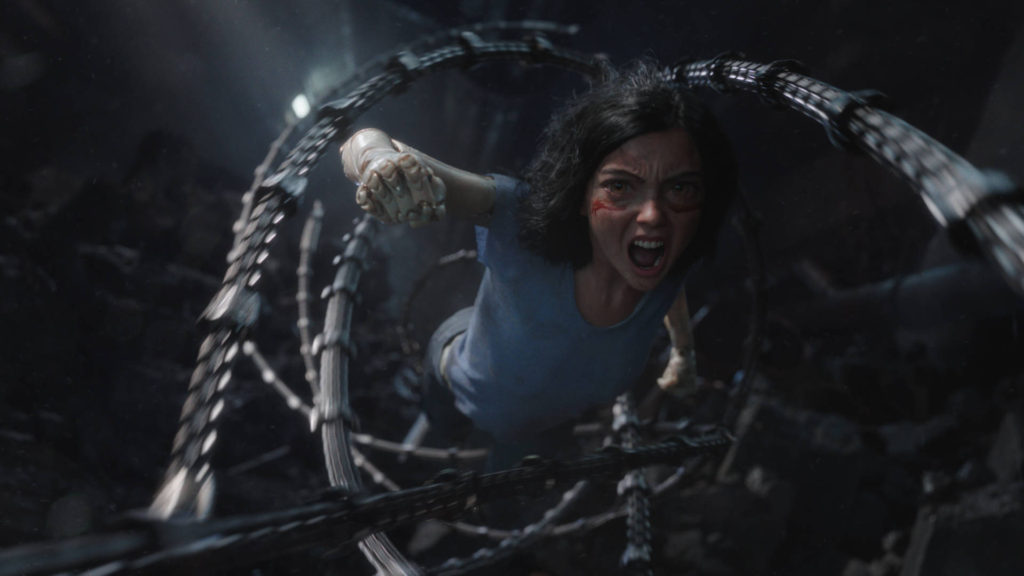 The upcoming live-action adaptation of Alita: Battle Robot has long existed as a topic of discussion for both fans of the original manga series and cinema buffs since word broke of a James Cameron adaptation in the early 2000s. While it had been in talks for years before production even began, it wouldn’t be until 2017 that we finally had confirmation that the film was on its way. Over the past weekend during San Diego Comic-Con select attendees were given a fresh new look at what that time had wielded for the project, and now it’s available online for the world to watch.

Set to debut in theaters across North America on December 21, the upcoming Robert Rodriguez directed film adapts the story of Yukito Kishiro’s original Battle Angel Alita manga series from the early-to-mid 90s. The film calls on both James Cameron and Laeta Kalogridis who Rodriguez worked beside to pen the script for the film, which reportedly follows the core story from the original manga. The upcoming live-action film is described below:

When Alita (Rosa Salazar) awakens with no memory of who she is in a future world she does not recognize, she is taken in by Ido (Christoph Waltz), a compassionate doctor who realizes that somewhere in this abandoned cyborg shell is the heart and soul of a young woman with an extraordinary past. As Alita learns to navigate her new life and the treacherous streets of Iron City, Ido tries to shield her from her mysterious history while her street-smart new friend Hugo (Keean Johnson) offers instead to help trigger her memories. But it is only when the deadly and corrupt forces that run the city come after Alita that she discovers a clue to her past – she has unique fighting abilities that those in power will stop at nothing to control. If she can stay out of their grasp, she could be the key to saving her friends, her family and the world she’s grown to love.

Reception of the latest trailer has been largely positive, so it’ll be interesting to see how the latest Hollywood adaptation of an original manga property goes down critically. Until then, however, further information on the upcoming film can be found via Alita: Battle Robot’s official website.