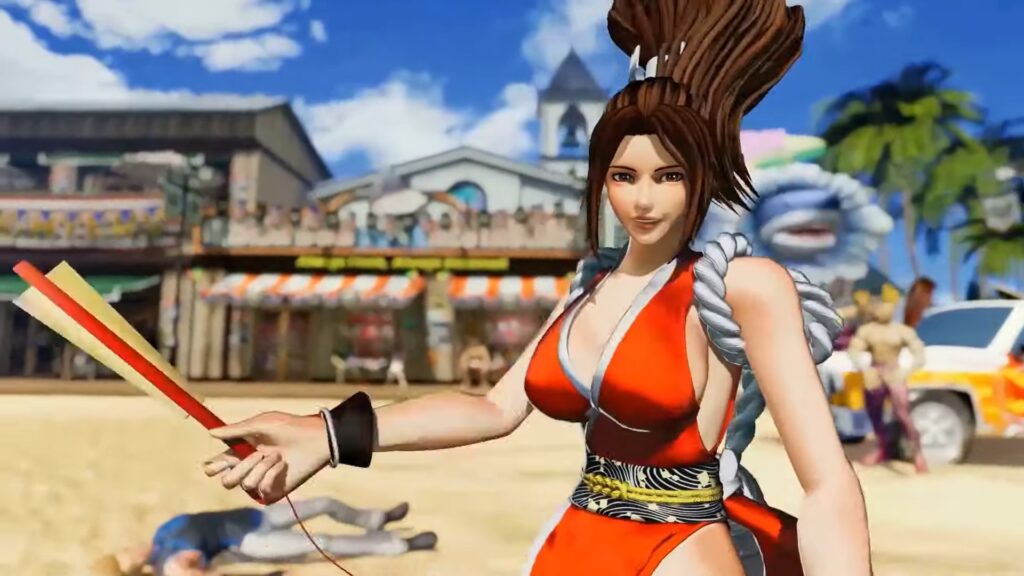 Amid all the new characters we’ve been getting lately, SNK announced today that they have to delay The King of Fighters XV. 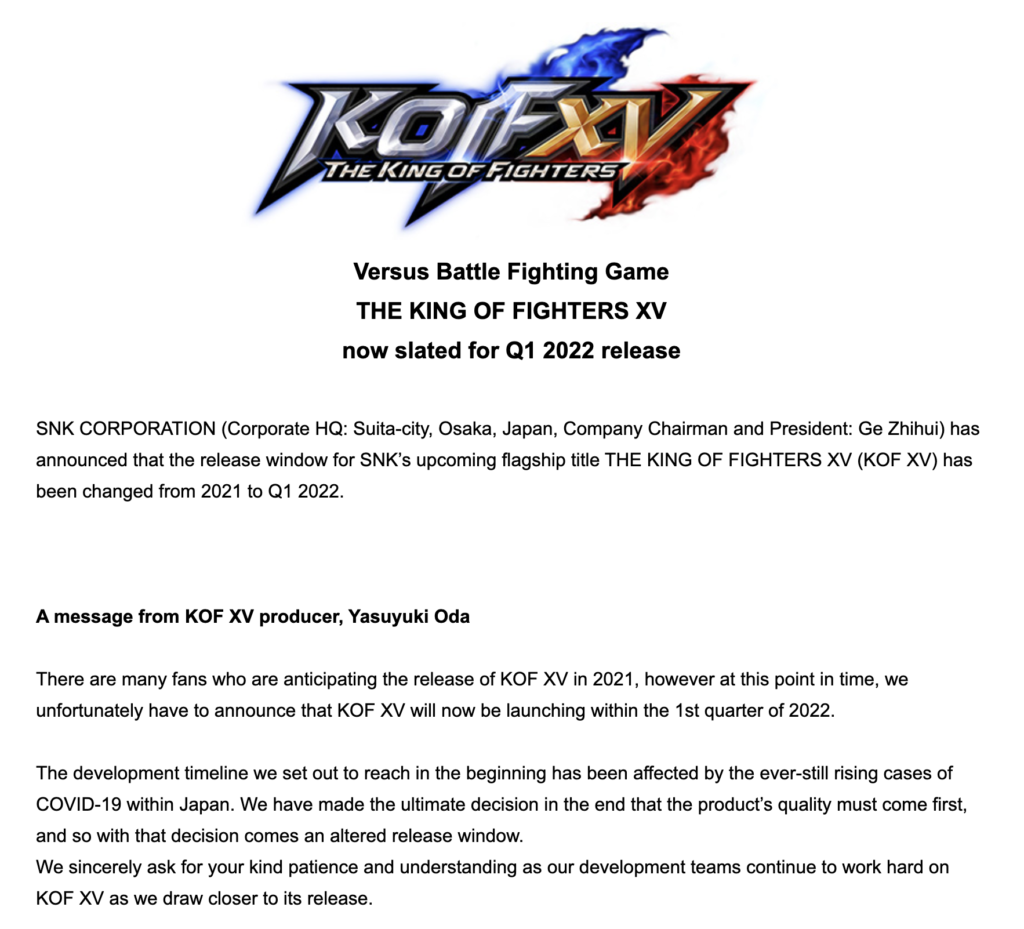 I knew something was up once I started seeing characters coming out on a weekly basis and there still was no solid release date or even a platform announced. The announcement came in an official press release from SNK that had an explanation from the series producer, Yasuyuki Oda:

The development timeline we set out to reach in the beginning has been affected by the ever-still rising cases of COVID-19 within Japan. We have made the ultimate decision in the end that the product’s quality must come first, and so with that decision comes an altered release window.

We sincerely ask for your kind patience and understanding as our development teams continue to work hard on The King of Fighters XV as we draw closer to its release.

It is unfortunate that The King of Fighters XV has to be delayed, but I wholeheartedly feel that the company wanted to avoid this as much as possible. Hopefully, sooner rather than later, we’ll get to know a date and which platforms we’ll be playing the game on.