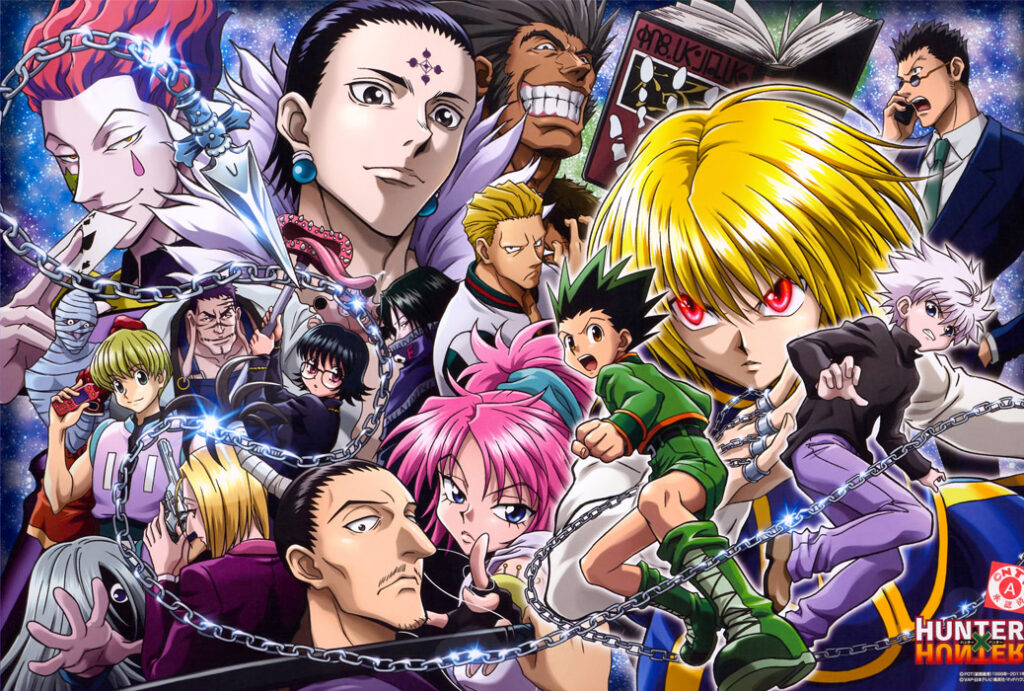 Hunter x Hunter is one of the most recognizable and adored shonen series ever, giving the world an entire universe of memorable characters, amazing fight scenes, and loads of chills, spills, and thrills within its passages. Yoshihiro Togashi’s beloved manga would spawn two anime adaptations in 1999 and 2011, with the latter being one of the most revered anime of all time.

Of course, being as popular as it is has prompted much discussion and debate to surround it like a thick fog. ‘Who has the best Nen powers?’ ‘What is the best fight scene?’ And the grand-daddy of ‘em all: ‘WHAT IS THE BEST ARC?’ The last one is made especially difficult considering how practically all of the arcs are such grand slams. It’d be like having a bunch of children and having to pick the favorite out of them.

It’s a difficult decision to properly rank them, and it took a while to get to this point, but here we are. Unfortunately, due to the incomplete nature of the manga, we will only be covering the arcs covered in the 2011 anime. Oh, and there will be massive spoilers ahead, so beware.

Without any further ado, let’s dive right in…

While there’s no such thing as a bad Hunter x Hunter arc, there’s got to be one that is the least good. Greed Island is that arc (although some of you might think differently). Sure, Gon and Killua entering a strategy-driven, card-based world is a nice deviation from archetypal shonen storytelling–it’s like if Yu-Gi-Oh! crash landed and decided to take up residence. Plus, its ‘trapped in a video game’ plot style would predate the isekai boom that dominated the 2010’s. In that case, perhaps puts Greed Island ahead of the curb.

However, if there are any nitpicks to be had (and that’s all they are, just nitpicks), it comes down to just two. One, the beginning of Greed Island starts with a training mini-arc, which we’ve already seen in Heaven’s Arc. Second, I personally find a fault with having the Spiders as an antagonist when the villain should have been the game itself. But grievances aside, Greed Island still makes for a fun little side-arc, providing a fun and enjoyable gap between the Yorknew and Chimera Ant arcs.

The final act of the Hunter x Hunter anime proved to be bittersweet with fans. On the upside, Gon finally meets his father, Leorio is no longer the most useless character of our main character, and Killua gets reunited with his adorably moe little sister Alluka. (P.S. Stan Alluka. Seriously.)

On the downside, this is the end of the Hunter x Hunter anime. I guess that might be the only issue with this arc–knowing that it has to end like this, despite the fact that there are two ongoing manga arcs, might leave a bitter taste in the mouth of fans who wanted more. But every story must have its end. At least Madhouse made it a fulfilling one. 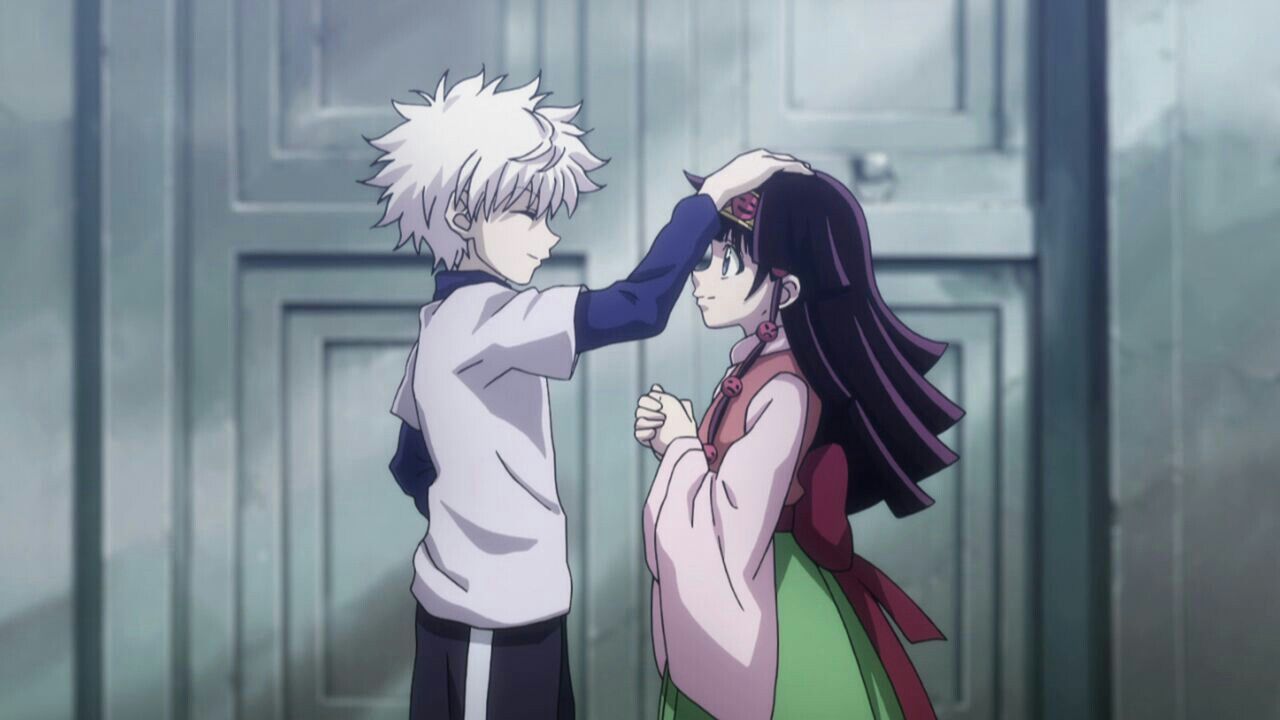 The arc that starts it all, and what a perfect intro it is! Our motley crew of four are introduced, as well as the dog-eat-dog world Hunter x Hunter itself in. As an exam arc, it’s obvious that our main character Gon is going to pass it, but not with flying colors. He narrowly survives being flat-out killed multiple times, and only receives his Hunter’s license after being brutally beaten and knocked into a mini coma by his competitor Hanzo. With this, Togashi reveals that Hunter x Hunter is not going to be your typical shonen, and that Gon is far from being the mighty warrior like Goku or Yusuke are.

But better than what we see of Gon is what we see of Killua. When we first meet him, he’s seen as a mischievous, skateboard-loving young lad. But when he rips the heart out of an opponent midway through the arc, his bloodthirsty personality is revealed, stripping away any innocence we thought he had, as well as giving us one of the most memorable and badass scenes in the entire series. It gets better once his assassin origins are revealed in the next arc (which is so short that most people don’t consider it a true arc, hence why it’s lumped with this one). 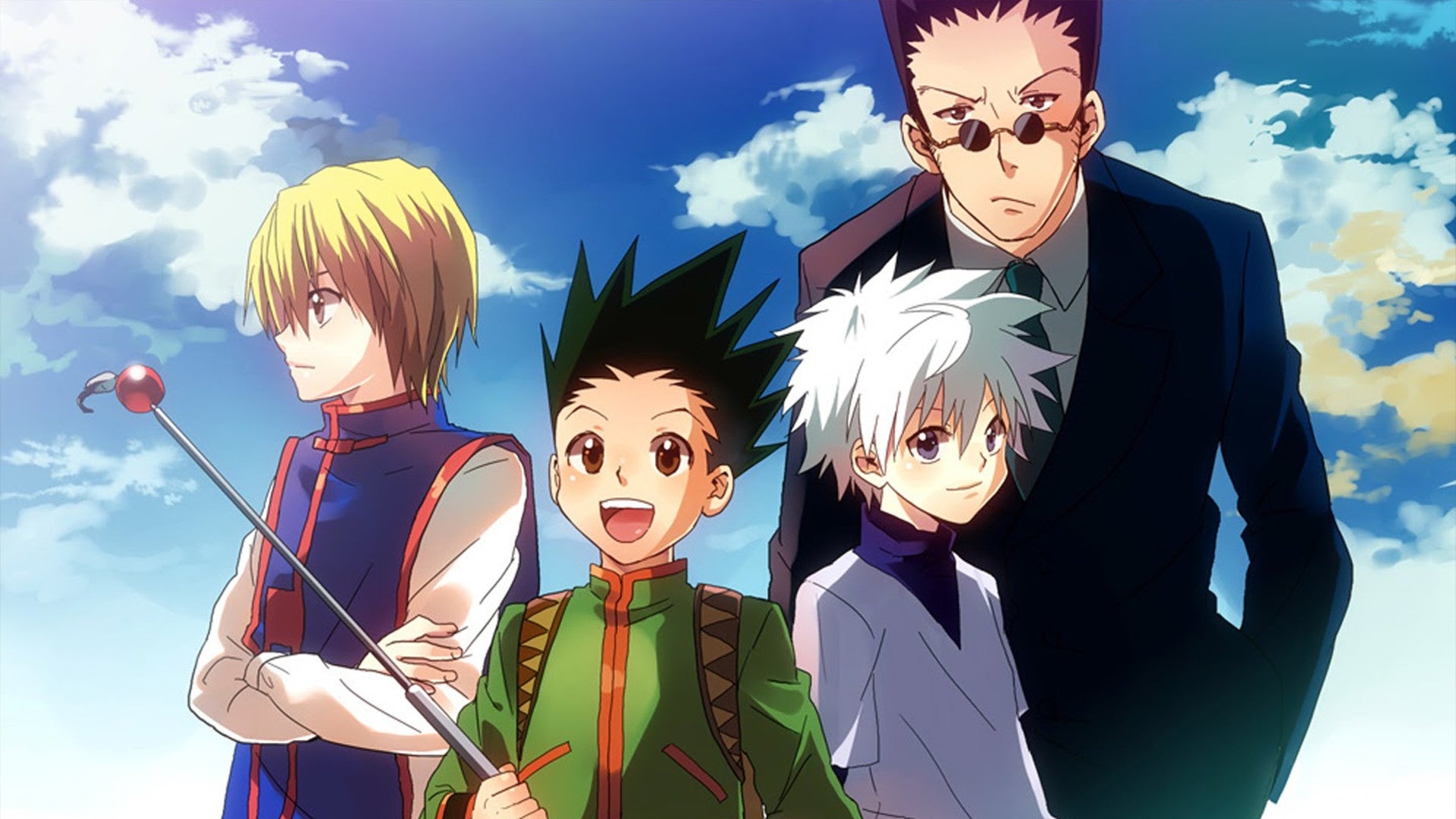 Every shonen worth its salt has got to have a tournament arc, and this one fails to disappoint. This arc brings Gon and Killua to the monolithic tower Heaven’s Arena to properly tap into their special Nen abilities and dish out pain on opponents for money and opulence.

However, what makes this arc really special is how it highlights the budding friendship between Gon and Killua. This makes for a ton of slow, wholesome moments that make for great character development that successfully break the tedium and monotony of the usual beat-em-up stylings of tournament arcs. 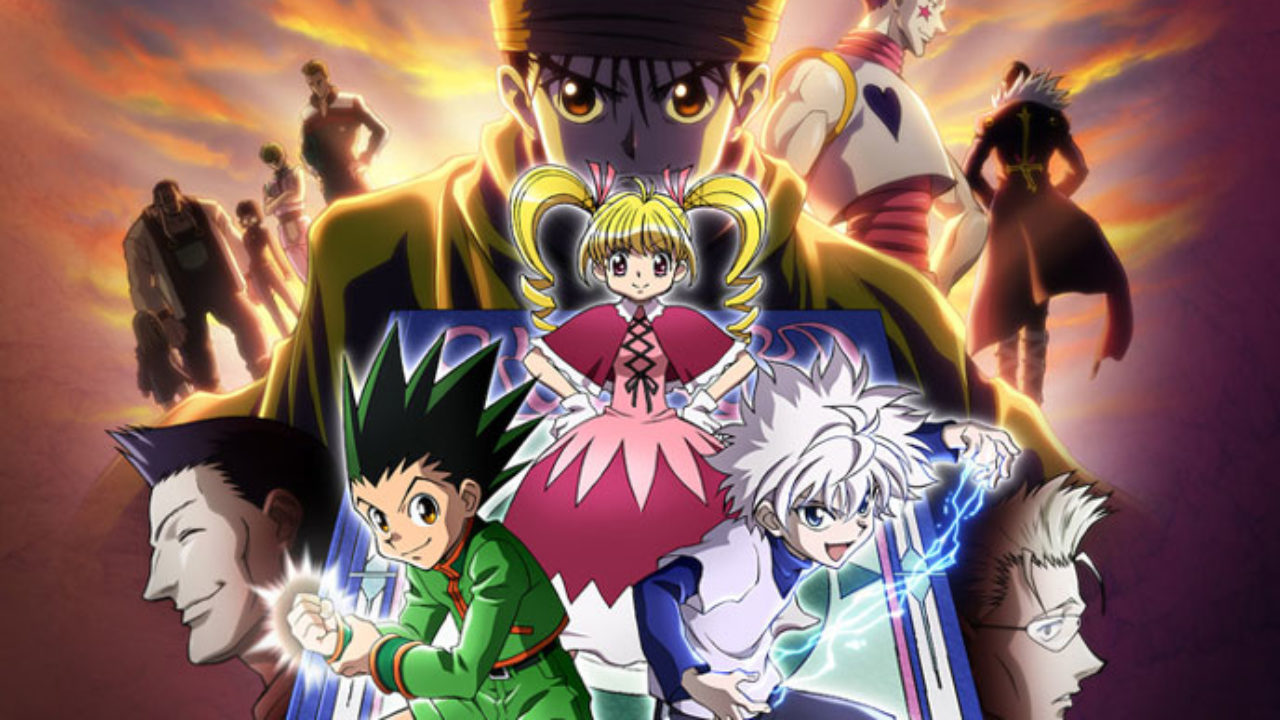 If you weren’t already convinced that Hunter x Hunter was going to be something special, then this was the arc that sold it to you. All of the Yorknew arc is painted with the blackened tone of a seedy pulp noir thriller, complete with revenge, crime, and gangsters. Just imagine if a Quentin Tarantino film became a shonen and you get the idea.

This arc puts Gon and Killua in the backseat to give the androgynous warrior Kurapika some much-needed spotlight, as well as to establish the sole survivor of the Kurta clan as the chain-wielding badass we know and love. His defining moment? When he brings a shovel to a fight, knowing that his opponent would be dead and buried by the end of it. 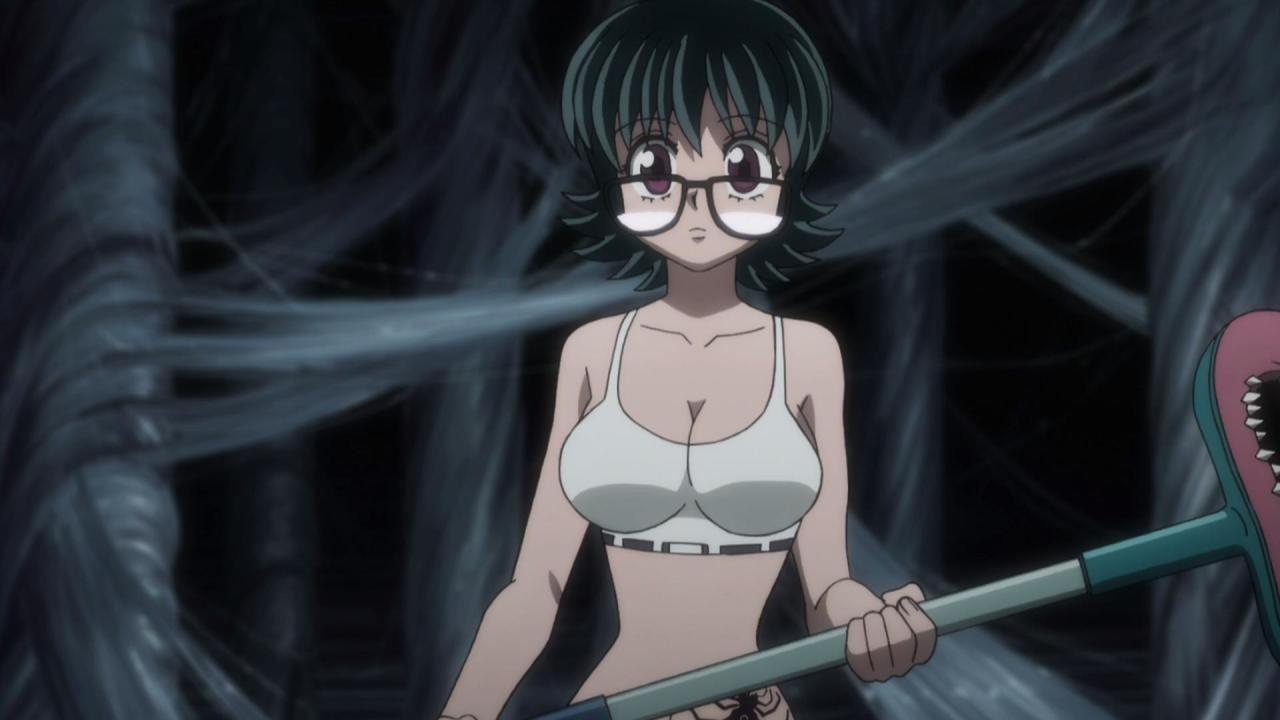 Let’s be honest: you saw this coming from a mile away. It’s been said so many times that this is Hunter x Hunter’s, if not all of shonen’s, defining arc. Novellic in length, dramatic in narrative, and philosophically bewildering, the Chimera Ant arc is good enough to be its own series. It may as well be, considering how it’s only a few episodes shorter than FullMetal Alchemist: Brotherhood.

The entire arc is a non-stop, intensely theatrical chain of events that come at you like a rush of blood to the head. It’s also the point where the entire series turns on its head–anybody who thought Hunter x Hunter was going to be a fun light-hearted adventure series was proven dead wrong at the very start of the arc. Filled with bloody decapitations, palace invasions, and an epic world-ending game of chess as the grand finale, the Chimera Ant arc grabs you by the collar and refuses to let go with each and every moment.