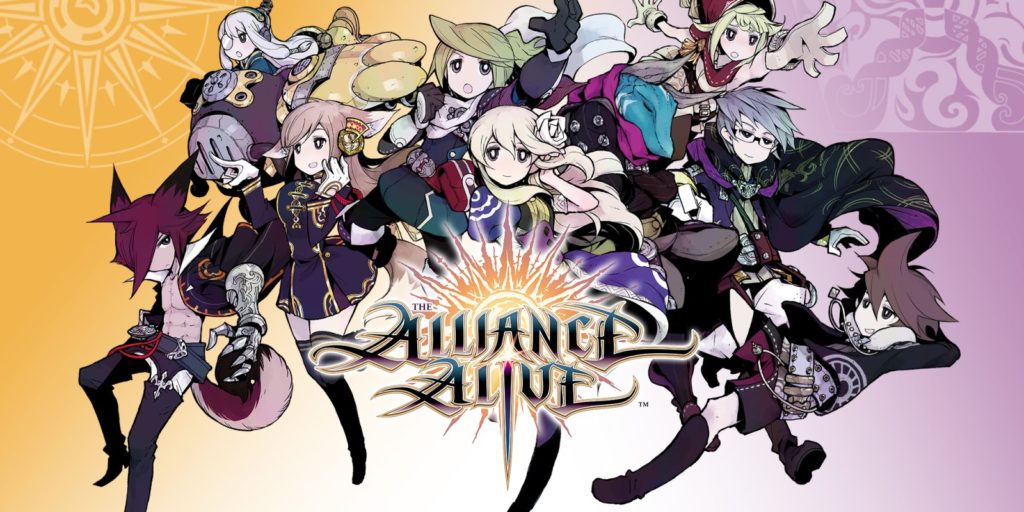 The Alliance Alive was a game that perhaps failed to receive as wide of an audience as it should have due to its status as a late Nintendo 3DS release. While it had a decent if unspectacular debut upon its release in Japan in 2017, charting in second place with 31000 units sold, it mostly sunk without a trace outside of the country after it was released by Atlus in 2018. I have to be honest, I only vaguely remember this game’s existence because of how it seemed to slip mostly under the radar of many people who had moved on from the 3DS to other platforms like the Nintendo Switch. Saying that, however, as I refresh my memory on this game, it has piqued my curiosity as a title I’d like to try for myself, which makes the recent announcement that it will be receiving an HD remaster for PlayStation 4, Nintendo Switch and PC a rather welcome one.

If like me, you were in need of a refresher on this game, The Alliance Alive was a turn-based RPG following a group of characters who wanted to raise a rebellion against a race of Daemons who have ruled over humanity for millennia. You would arrange a party of five characters into a variety of formations which would dictate where they would stand in battle as well as their role in the battle and more. What made me most interested in this game, however, was seeing the talented team of well-known developers behind, with people such as Kyoto Koizumi of SaGa fame, Suikoden creator Yoshitaka Murayama involved alongside a variety of other talented developers.

Had it not been for the news that this game was set to be remastered for PlayStation 4, Nintendo Switch and PC in the latest issue of Famitsu, I would probably be trying to buy this game right now. With this announcement, however, I think I will try to hold off on this for now in order to try this new version when it comes out. After all, the chance to play it in HD does seem a bit more appealing than the chance to play it on the 3DS’ smaller screens, even as a fan of the console myself.

Although nothing is known for certain in this regard, a Western release for this remaster does seem likely, albeit not from the original publisher of the 3DS version. Although Atlus was in charge of the original game’s 3DS release, an inaccessible URL on NIS America’s website seems to suggest they will be in charge of handling the game’s release this time around.

Whatever the case, this game is set for release on PlayStation 4, Nintendo Switch and PC in fall of this year, with a Western release currently unconfirmed but likely to follow.