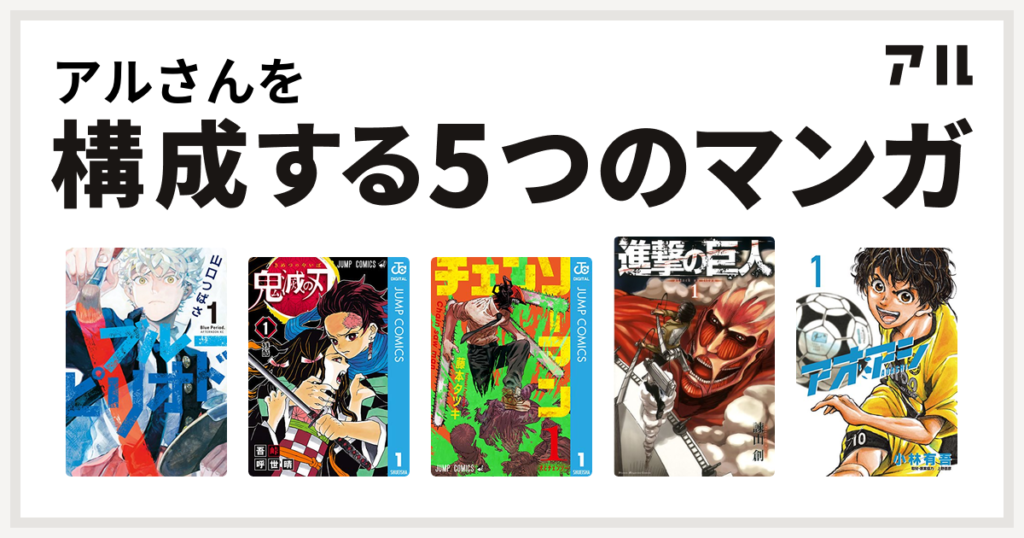 There is no doubt that manga can play a very important part in any otaku’s life, which is why “manga community service” Alu received such a positive response to their recent ‘Elements of Me’ campaign. This campaign asked users to choose five manga that they felt “define” then, generate an image with their choices and share it on social media with the hashtag #私を構成する5つのマンガ. So numerous were the responses, in turn, that the hashtag quickly entered into the top trending.

Alu also recently shared some of the results from the Elements of Me campaign, drawing from 627,236 entries during the period between March 21 and April 2 to create a list of the top 50 most commonly chosen series. The results may shock you.

One of the first things that you will notice about the top 50 results for the Elements of Me campaign is the abundance of titles that belong to the shonen demographic. This makes sense, given that shonen series tend to sell the most and make the biggest impact, but there are also several notable shoujo series, such as Cardcaptor Sakura and Fruits Basket. There are almost no seinen or josei series, however, which is a shame.

Furthermore, although the top spot belongs to Fullmetal Alchemist and Square Enix’s Monthly Shonen Gangan, the majority of the most popular series were published in Weekly Shonen Jump at one point or another; One Piece, Gintama, Hunter x Hunter and Slam Dunk make up the rest of the Elements of Me campaign’s top 5. If that isn’t enough to cement the absolute dominance of Shueisha’s magazine, then I don’t know what is.

Of course, these sorts of public votes always have flaws. In the first place, what exactly goes into a manga that “defines” you is subjective, which inevitably turns the whole thing into a popularity contest – hence why you can see such series as Kimetsu no Yaiba and My Hero Academia so high up. These series probably haven’t been around long enough to “define” anyone, let alone come to a conclusion.

In any case, what the results for Alu’s Elements of Me campaign do show us are the top 50 manga most present in the minds of Japanese consumers right now, as well as the current shonen-dominated state of the industry. If I were to pick my top five, in turn, they’d be something like this in no particular order: 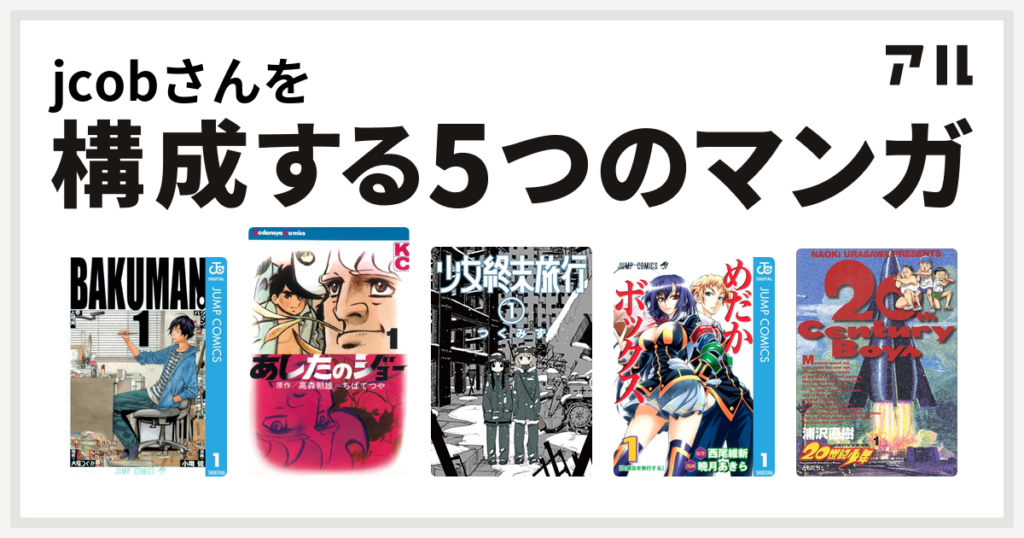 I made these choices on the basis of those series that I feel have most influenced me, both on a professional and personal level. In the case of Bakuman, you can read a little bit more about that here. What about you? What are the five manga that best define you? You can use Alu’s image generator to share your picks, as well as get in touch with us on social media.