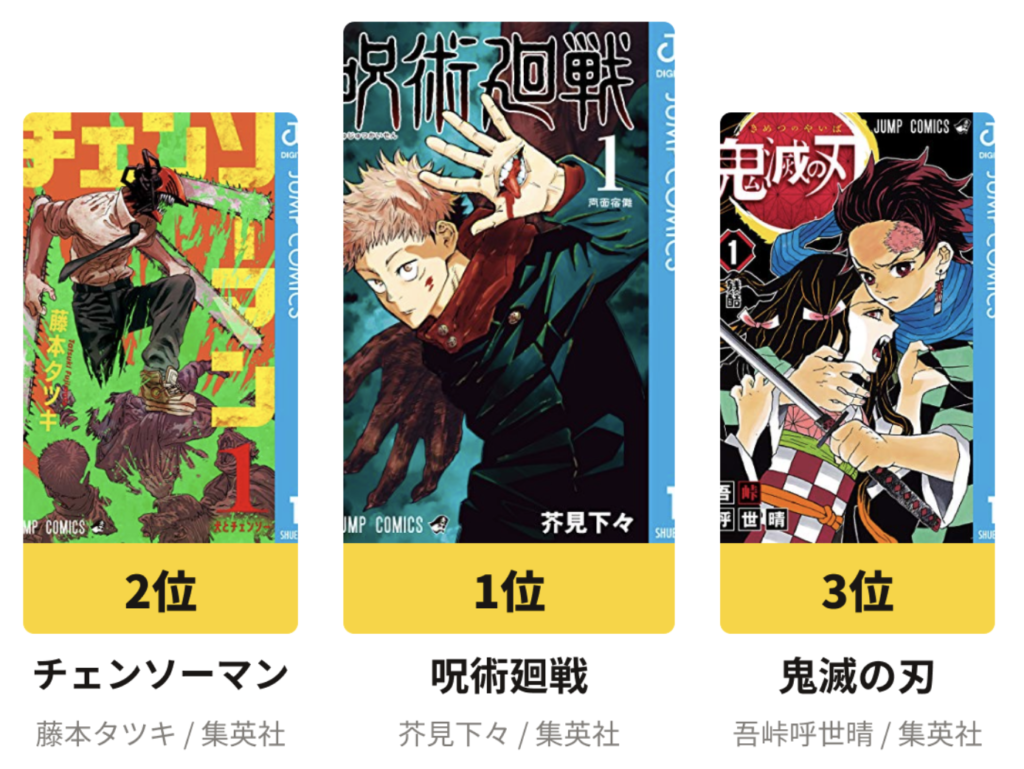 Anyone who thinks that Weekly Shonen Jump has somehow faded in influence or popularity over the years should take a good hard look at the 2020 results for Alu’s ‘My Manga Best5’ campaign.

Run every year, this campaign invites users to choose five of the best manga they read this year and thought were entertaining (here’s mine). It’s since become a sort of tradition among manga fans, regularly trending on Twitter: 2020 was no exception, as it managed to gather responses from over 46,000 people.

What’s more, every year, Alu publishes a list of the top fifty manga ordered by the number of votes they received across all users in the Best5 campaign. This provides an effective barometer of what is and what isn’t jiving with the manga-reading community right now. New series do, unsurprisingly, dominate, although they don’t have to have started this year. Instead, it’s simply determined by what series are on people’s minds right now.

Without further ado, here are the top ten manga chosen by the Alu community in 2020 for the Manga Best5 campaign:

Wow. That’s a lot of Jump manga. This speaks to the fact that the magazine still, after all these years, manages to capture the hearts and minds of consumers better than anything else. Furthermore, although SPY x FAMILY is published on Jump Plus, that’s merely the digital cousin of the paper magazine. It’s more or less captured the top five of the 2020 Manga Best5 rankings, then.

In fact, Oshi no Ko by Mengo Yokoyari and Aka Akasaka is also serialized in Weekly Young Jump: a seinen magazine published by Shuiesha under the same Jump label. So, the only series in the top ten that aren’t somehow related to Jump are Attack on Titan and Blue Period, which are published by Kodansha in Bessatsu Shonen Magazine and Monthly Afternoon, respectively.

We’d be remiss, however, to ignore the elephant in the room: Act-Age came in at number ten despite being unceremoniously canceled following the writer’s arrest. No doubt if Tatsuya Matsuki had been more responsible, it might’ve been up there even higher next to the likes of Jujutsu Kaisen and Demon Slayer: Kimetsu no Yaiba, buoyed by successful anime adaptations.

You can read the full Manga Best5 2020 results via Alu.