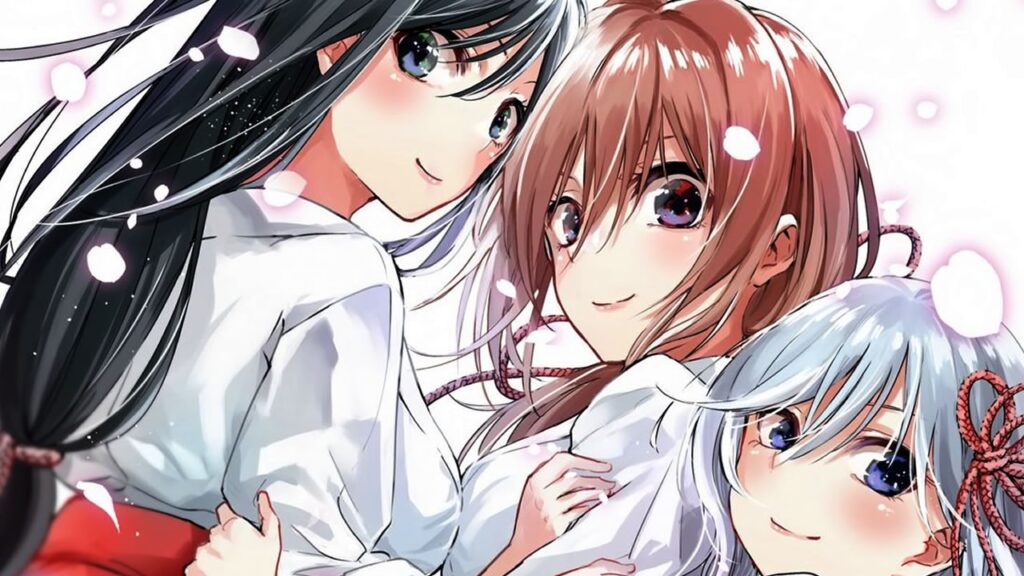 According to Oricon, the one-shot ranked very highly on the Magazine reader surveys after it was published, receiving such praise as ‘The art is cute!’ and ‘The characters are awesome!’ With this in mind, Amagami-san chi no Enmusubi was fast-tracked for serialization, becoming a regular feature a mere four months after its one-shot was first published, the fastest in Magazine’s history.

Part of this was because of praise from such high-profile authors as Negi Haruba, who said, ‘To think that [Naitou-san] kept three such beautiful sisters to himself! I’m also praying at the shrine that lots of people read this manga!’ The two worked together previously on The Quintessential Quintuplets, with Marcey Naitou acting as an assistant, so this is a similar situation to Dandadan and its support from Tatsuki Fujimoto and Yuji Kaku.

Even so, Amagami-san chi no Enmusubi does come at a time when love comedies are thriving in the pages of Weekly Shonen Magazine: without even discussing Quintuplets, the success of The Cuckoo’s Fiancee alone shows that readers are responding well to such stories. No doubt Kodansha wants to capitalize on this success, hence why Amagami-san chi no Enmusubi will be joining the likes of Koji Seo’s new series Café Terrace of the Goddesses, also a love comedy.

In terms of story, Amagami-san chi no Enmusubi follows protagonist Uryuu Kamihate as he moves to Kyoto and into a Shinto shrine to live alongside three shrine maiden sisters. He’s a self-assured person who only believes in his own abilities and not the existence of God or gods, so he has to come to terms with his own biases and, of course, court some of the cute girls along the way.

We’ll see if this one can become the next big love comedy hit.

You can read Amagami-san chi no Enmusubi in Japanese via Magazine Pocket.