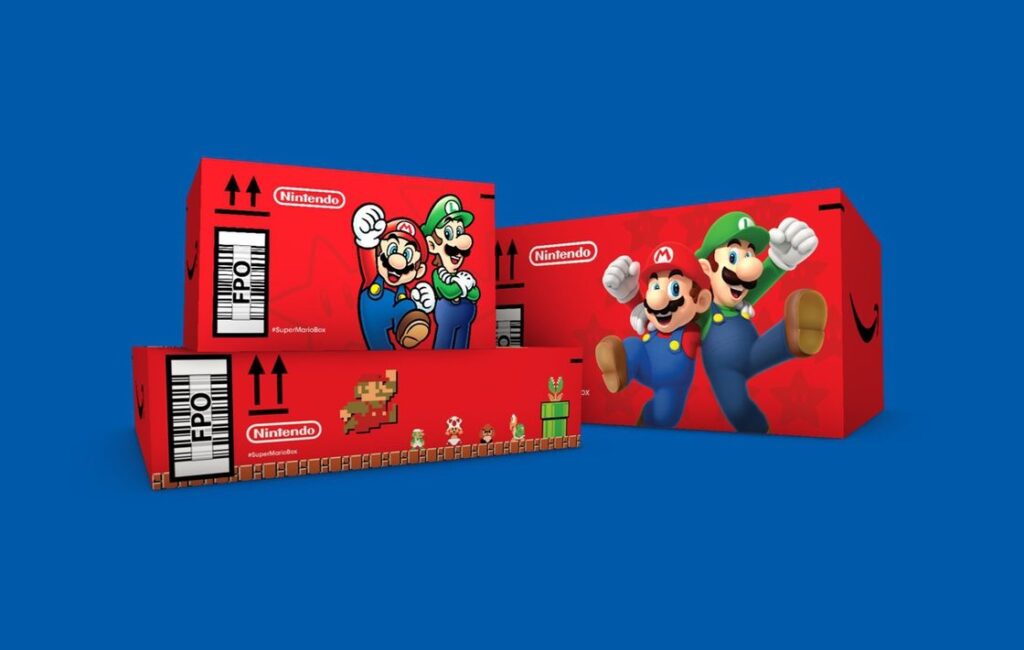 Amazon in the past has done a number of different collaborations with various IPs throughout the company’s history. But the newest collaboration that they have announced today is probably one of the coolest that I’ve seen them do yet. They are doing a collaboration with Super Mario. But not just any collaboration, there is a benefit to the consumers who actually receive one of these awesome Super Mario themed boxes.

As a continuation of the celebration of the 35th anniversary of everyone’s favorite plumber, Nintendo is teaming up with Amazon on a limited-time event where random packages will be delivered in a Mario themed box. The orders do not need to have to be anything regarding video games or Nintendo either. So everyone has a chance to participate if you end up ordering something from Amazon. Even more, Amazon has launched a special landing page that fans of Mario can participate in to win 100 Platinum Points to be used on the MyNintendo page. 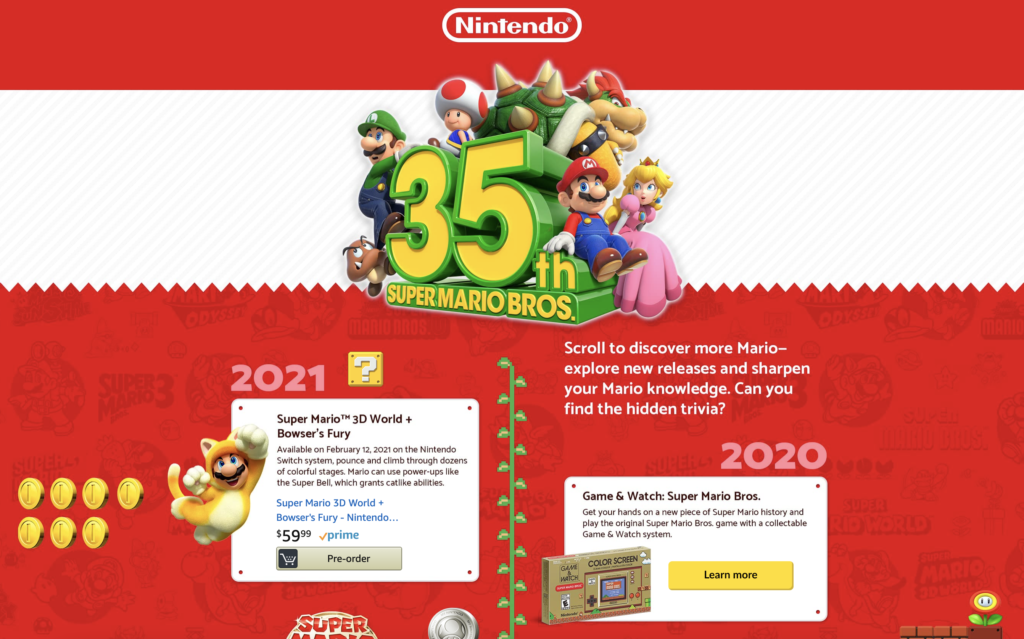 Both companies stated that the reason they want to make it randomly distributed is that going into the holiday season, they don’t want would-be porch poachers to think that they’re containing something like a Nintendo Switch or games possibly and steal the package off your porch. I mean, sure that’s a fair idea, but I think that people that steal packages off people’s porches don’t really care what’s inside the package and just steal it with the hopes that something good or valuable will be inside.

The Mario themed boxes will start shipping before the middle of November and will run until supplies run out. It’s things like this that I really sometimes wish I still lived in the States. But frankly, I don’t think I would trade Amazon Japan’s same-day delivery for most items originating in Tokyo.