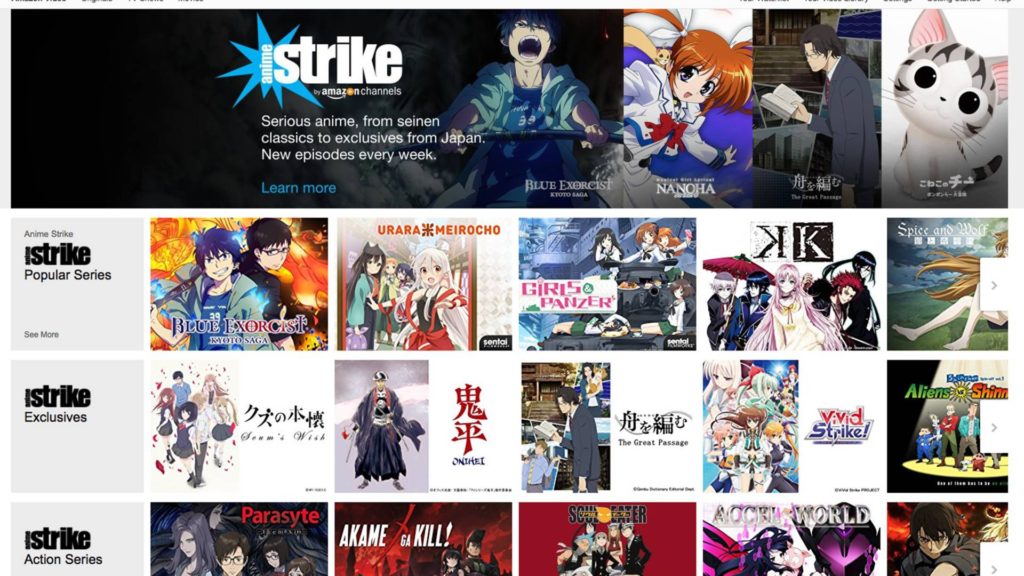 I would be hard-pressed to think of any more-disliked entity in the North American anime industry in recent days than Amazon’s ‘Anime Strike’ channel. The retail giant’s foray into simulcasting anime content probably wouldn’t have been met with such a level of disdain if it hadn’t essentially sealed everything behind a second $5 paywall — one that was in addition to the normal cost of an Amazon Prime subscription.

Why couldn’t the content be treated the same as every other movie or TV show that the service hosted? Was it to supplement licensing costs? Was it some wild assumption that anime fans were willing to shell out a premium for content that, to many, still hasn’t quite reached a sort of mainstream appeal? We may never know the answer to that question, but can instead rejoice in the fact that Amazon has decided to do away with the channel altogether. Better still, all that content is still present on the site, and available to watch with a regular Prime membership.

“We have decided to move the curated catalogs of Anime Strike and Heera into Prime Video so that more customers can enjoy this content as part of their Prime membership.”

Anime Strike had not been announcing any new licensing acquisitions for the Winter 2018 season, so many suspected that something was amiss behind the scenes.

Throughout the past year, I had experienced a small level of dread in knowing that potential anime gems would go widely unseen by people who were unable to pay for an additional streaming source for our favorite hobby. I’m a bit relieved that shows, like Made in Abyss and Anonymous Noise, can now be experienced by a wider array of fans, just like they had deserved to be from the get-go.

Will Amazon ever acquire an exclusive anime license again? With other big players like Crunchyroll, Netflix and now HIDIVE all in the game and going strong, it’s hard to say.

Amazon’s ‘The Promised Neverland’ Live-Action Series Could Be Great