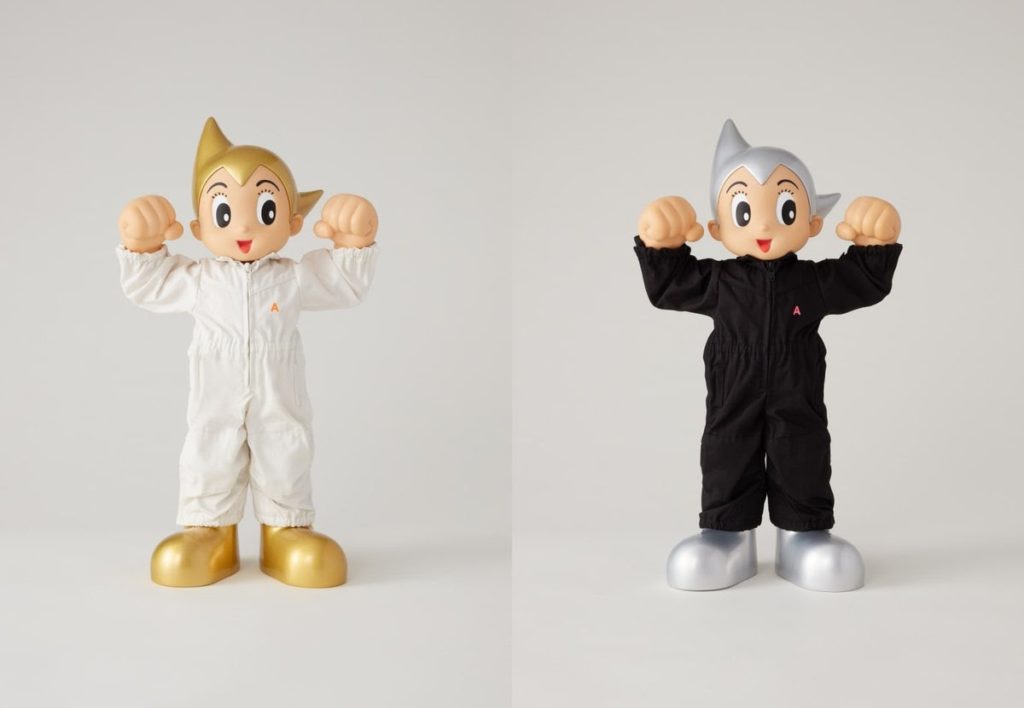 The Tokyo-based iconic fashion label is all set to release its collaborative collection dated 7th April 2020. And if you’re still wondering what I’m talking about, well, you’ve probably guessed it right!

The Yoon and Verbal fashion saga, AMBUSH, is all geared up for a grand release of their limited-edition collaboration character with BAIT.

The limited number will be available on the aforesaid date and it typically coincides with ASTRO BOY’s birthday.

The character is a conventional creation from renowned Japanese manga-fame artist, Osamu Tezuka.

Astro Boy is known as the first robot to have inculcated with human emotions. Ambush fame Yoon Ahn and Verbal have given a functional and aesthetic finish to their new collection with this collaborative release.

The Yoon-Verbal duo has worked together to interpret the famous epochal character with an AMBUSH flair and this is completely visible in their choice of jumpsuits attired by the famous ASTRO BOY figurine.

Yoon and Verbal’s collaborative ASTRO BOY is featured in a dual makeover: The Ambush-themed white jumpsuit with contrasting blazing gold-toned footwear finish and the ever-classic ASTRO BOY in black jumpsuit complemented by glossy silver footwork finish. (I’m in love with the latter because I just love black!)

The unique silver and gold detailing to each of these marvelous pieces from Ambush epitomize the essence of fashion wear attired by a near-future superhero.

Ambush fame Yoon Ahn has indeed given life to her childhood desire to dress the ASTRO BOY and I must say, the finish is kept in line with the standards and long-reputed ethics of the Japanese streetwear label. 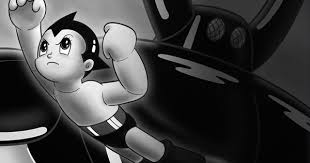 ASTRO BOY is Japan’s superhero because he’s meant to save human beings through his righteous and valor attitude.

Though he’s a fictional character, the ‘Mighty Atom’ has gone a long way to become a superficial android star of the manga series penned by Osamu Tezuka. The Ambush-themed series was first published in 1952 and ran through 1968 and is still considered as one of the top 10 desirable manga series of all time.

Since the famous series was set in the future, according to the story, Astro Boy’s birthday falls on April 7, 2003.

Both Yoon Ahn and Verbal have cleverly fused this piece of information by slating the release of their iconic Ambush-themed Astro Boy collection on April 7 this year.

The much-awaited ASTRO BOY collectible series is indeed the Japanese streetwear label’s tribute to Osamu Tezuka‘s iconic character. It looks like both Yoon and Verbal have tried reimagining the character’s norms with fashionable yet classical apparel and styling.

Yoon and Verbal’s Diligence to Fashion

The Ambush icons have drawn Astro Boy’s righteous character through their choice of styling as witnessed in the jumpsuit worn by the figurine.

While Tezuka’s classical character revolves around the goodness of humankind, bringing the essence of the character through fashion is something that demands quite a lot of creativity and thoughtfulness. And I guess the Yoon-Verbal duo has deliberately donned the look with enough grace and valor.

Yoon Ahn’s black and white jumpsuits are completely in line with the Japanese label’s esteemed aesthetics. The ‘A’ logo emblazoned on the outfits’ chest at the rear shouts out the reputation of AMBUSH with just a single letter!

Since Ambush’s ASTRO BOY series is a limited-edition collection, each of the colors comprises just 55 units each. And that’s something really surprising and quite low, especially for fashion maniacs who love to collect Japanese superhero figurines.

Priced at ¥45,000  (approximately $407), this collection from Ambush also includes taxes if you’re planning to order one online.

But the whopping price is never a constraint for the kind of us that always keeps a keen eye on ‘what next‘ from Ambush.

The BAIT x AMBUSH collaborative ASTRO BOY limited-edition classic figure is slated for release online. But that’s not the end of it! Yoon and Verbal have also decided to release this classy collection on Ambush’s WORKSHOP and WORKSHOP 2 central locations in Tokyo, Japan.

The release of this collaborative collection might turn out to be a fiesta for many fashion ninjas (including myself!) who have been waiting for the Japanese label’s limited series.