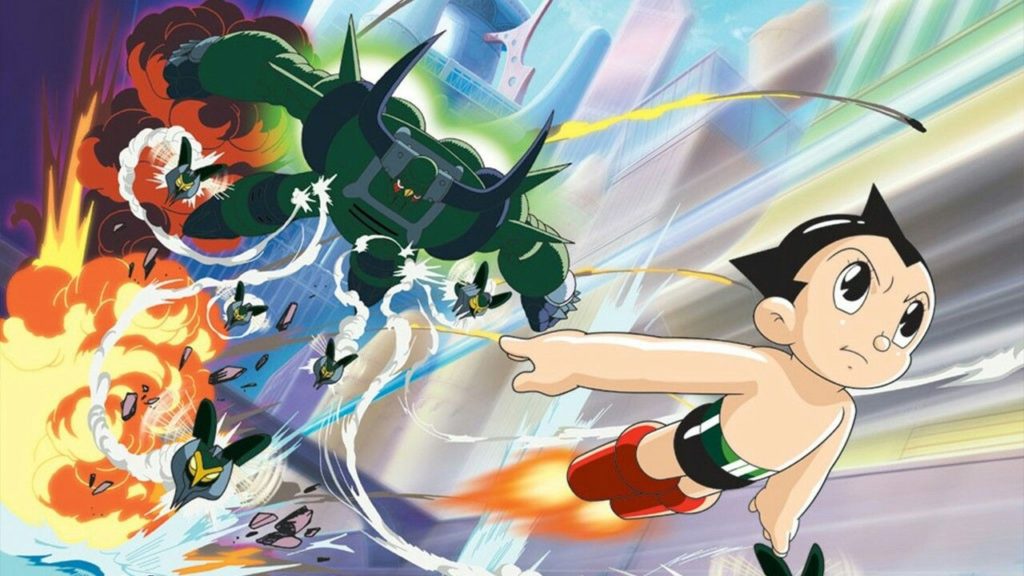 AMBUSH and BAIT are both brands with a history of collaborating with high profile properties & companies. That’s why it’s exciting to see the two companies teaming up for a very limited edition drop featuring one of Japan’s most high profile pop-culture properties of all time. Coming soon to the AMBUSH WEBSTORE and both AMBUSH WORKSHOP flagship locations in Shibuya is a pair of figures that perfectly merge immaculate style with Astro Boy’s legendary design.

Coming in either silver or gold variants, each figure is limited to 55 pieces. The 18″ figures have Astro Boy in one of his iconic poses, dressed in a black or white jumpsuit designed by AMBUSH’s own YOON featuring “A” emblazoned on the front chest pocket area, and the iconic AMBUSH logo on the back. Each figure’s metallic embellishments replace the standard black coloring found in the heroic robot’s hair & boots, making them immediately stand out with the kind of crisp & clean aesthetic AMBUSH has become known for. YOON stated on Instagram that Astro Boy is one of her favorite anime, which makes sense considering the quality of the overall design.

ASTRO BOYS at the studio 🖤 . One of my favorite anime. Coming to our WORKSHOPS on his birthday, April 7th. . #astroboy #ambush #鉄腕アトム

BAIT has previously released an alternate colorway of these figures at San Diego Comic-Con 2019, coming in both a color and greyscale version, but these new AMBUSH editions absolutely steal the show. The figures are going to be released on April 7th, Astro Boy’s birthday, and will set buyers back 45,000¥ (roughly $405 USD at the time of writing). These are definitely going to be highly coveted pieces in anyone’s collection if they can manage to get their hands on them, and I would be lying if I said I wasn’t already thinking about lining up that morning to try and get my hands on at least one.