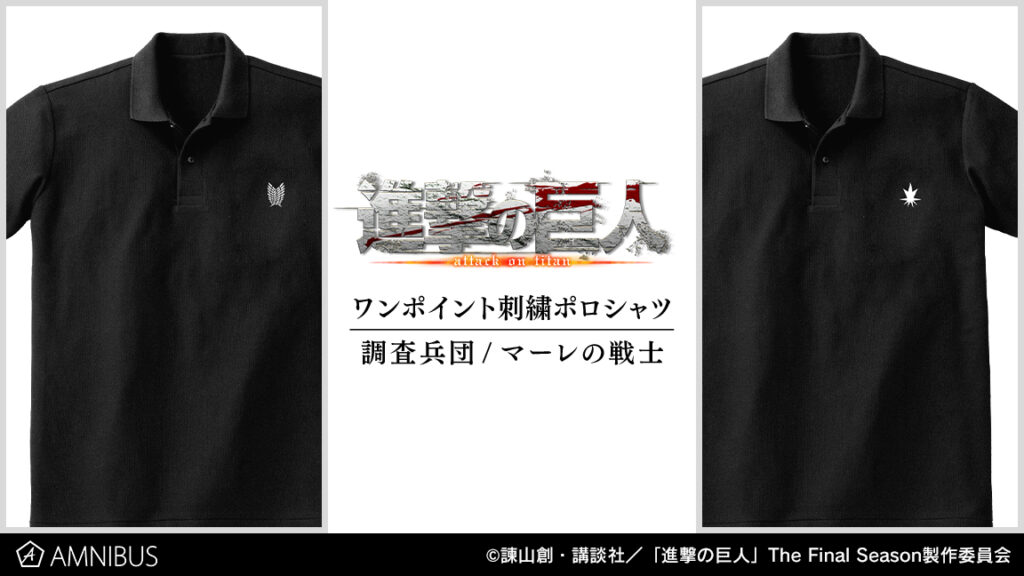 This morning, AMNIBUS let the news out about the new shirts that they’re bringing to fans of the Attack on Titan series. The first of the two black polo shirts has the Survey Corps crest embroidered on the left breast. The second shirt has the logo of the Nation of Marley from the Eldian armbands that they’re forced to wear.

Each of the shirts will cost ¥4,400. They come in a variety of sizes ranging from Small to 5XL for both men and women’s cuts. The good thing about these shirts is that they’re not too over the top and they’re defiantly not tacky. They can easily be worn with anything for any situation, casual or semi-casual.

AMNIBUS has not announced if the shirts will be available to purchase internationally. If you’re a huge Attack on Titan fan, you might want to reach out to a friend who can help you buy them. If you have no one in Japan that you can reach out to, you can always try to find a proxy service. The shirts are currently available to pre-order though the AMNIBUS official web store until 20 April 2021. The shirts are expected to ship starting in June of this year.