Amon: The Apocalypse of the Devilman, The Forgotten OVA

We’ll give you enough credit to not assume that Devilman Crybaby is the be all end all of the iconic Go Nagai series. While Masaaki Yuasa’s adaptation was particularly excellent, it’s only but one piece of the large and influential Devilman Legacy. Of course, the original manga’s basically a foundational text at this point, inspiring the likes of many of manga’s greatest like Berserk and Parasyte, basically being mandatory reading just for that alone! Going beyond just the original Nagai comic, the many iterations of animated Devilman have also infected the heads of viewers like its Demons for decades; The original 70s anime developed alongside the comic presented the character as something of a super-hero, with the followings 1987 and 1990 OVA entries bringing the Devilman manga to life for the first time. Spin-offs like Devil Lady have been ambitious, and it even crossed over with Cyborg 009! All these are now easily watchable, however, one OVA remains lost to time: Amon: The Apocalypse of the Devilman. 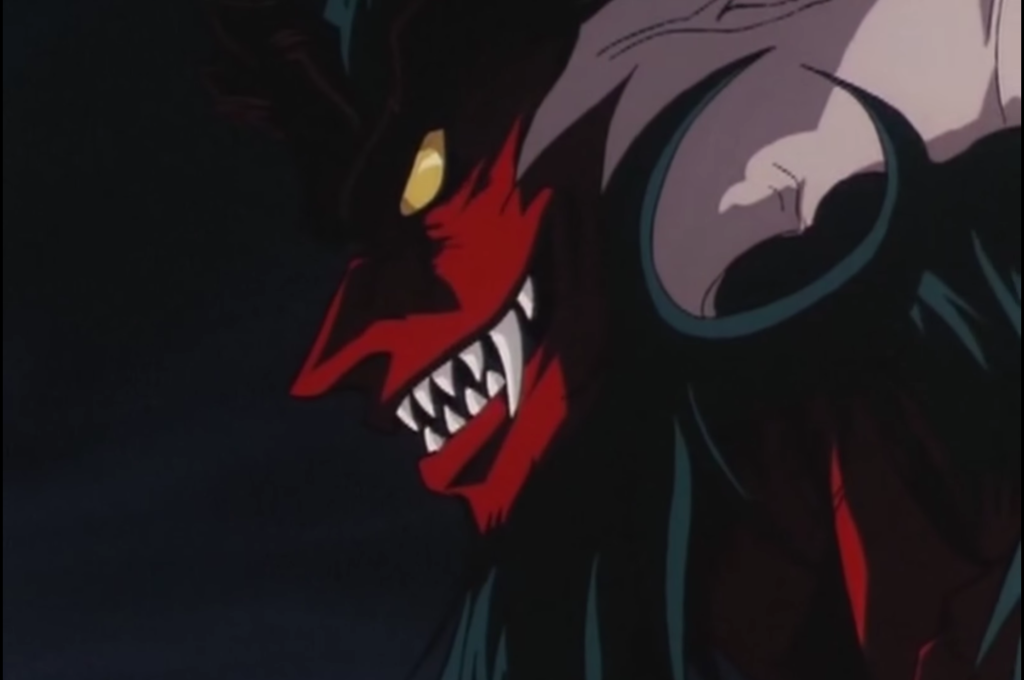 Amon: The Apocalypse of the Devilman is a unique entry amongst the Devilman canon for a whole slew of reasons relating the production and the contents of the OVA itself. It billed itself simultaneously as a sequel to the 87/90 OVAs and yet also as a new reimagining of the mythos. The 1990 entry ended with the Sirene story and that adaptation never saw Devilman’s legendary climax animated. So this OVA picks up where that left off but it also heavily incorporating elements from a then-new spin-off manga of the same name; The twist here being Amon, the Devil who Akira Fudou absorbs to become Devilman, remains alive and at times is in control of their shared body. For added measure, the OVA premiered as a Pay-Per-View event and the climax here is a no holds bar duel between the two not, unlike a big wrestling event making said Pay-Per-View medium particularly fitting. 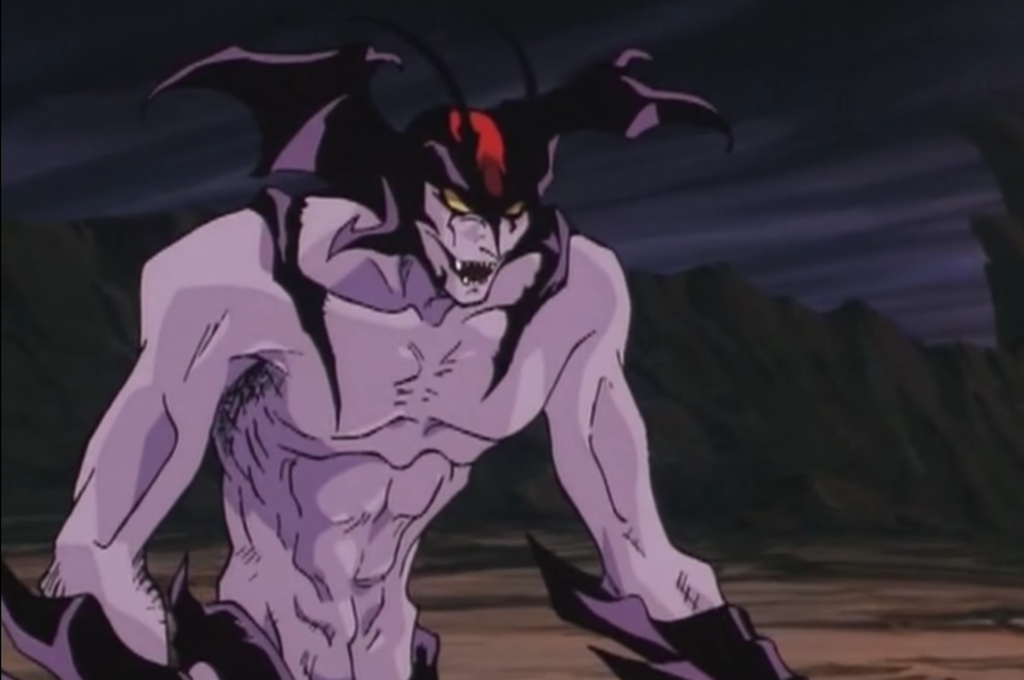 Being a weird amalgamation between a new spin-off and a years later sequel, Amon: The Apocalypse of the Devilman can’t be called a complete adaptation. Aside from a singular flashback covering Akira’s first transformation, it hops right to the end-days past Sirene where a certain family meets their end fate. You might not believe us when we say this, but the way it portrays its events makes it without a doubt the most brutal iterations of Devilman. Caught right in between the ultra-violence of the OVA golden area and the type of individual pain depiction popularized in early 2000s anime like Elfen Lied, Gantz, and Higurashi, it holds none of its ferocity back and makes Crybaby look like Dragon Ball. That said, it’s somehow also the most Dragon Ball Z the series ever gets with the OVA’s climax being a gruesome and kinetic one on one bout between Amon and a particularly goth Devilman. 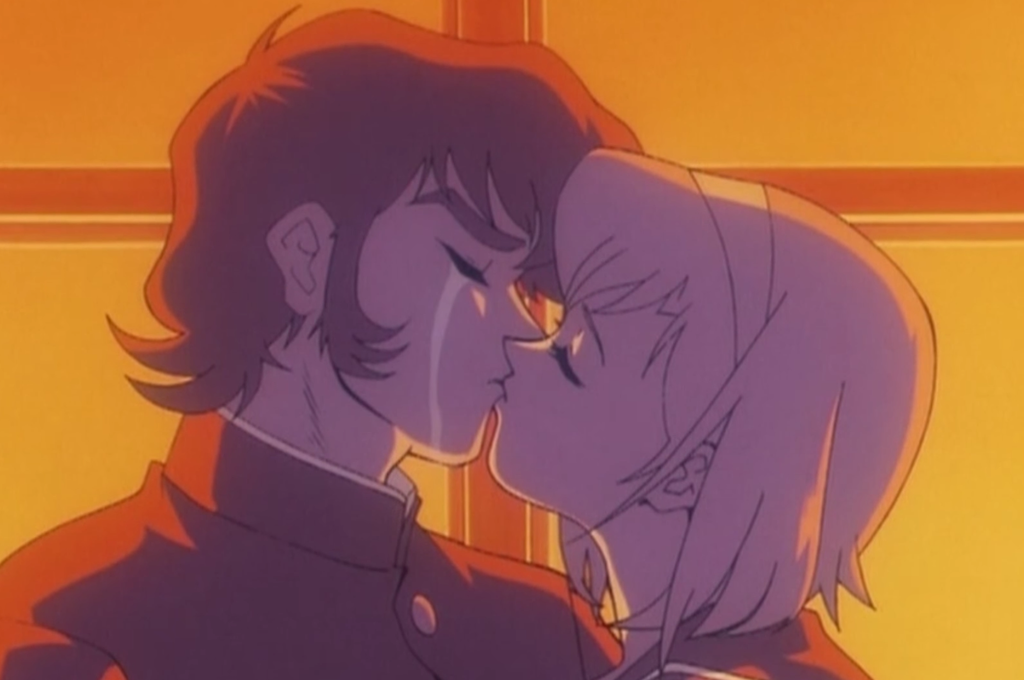 So here’s the thing, if shocking violence a cool new villain was all Amon: The Apocalypse of the Devilman had to offer, it wouldn’t be worth writing home about. The 2000 OVA actually has weirdly good direction throughout its entire runtime making it surprisingly emotionally poignant for being a disjointed mish-mash of different elements. If you can accept both the ultraviolence and the fact that it’s a snapshot of Devilman as opposed to a full imagining of its story, it hits on just about every level. While Crybaby has the advantage of being complete as well as having the Yuasa touch, Amon feels more true to the spirit of the original manga despite its differences.  While it feels even darker in tone to the manga accurate 87 and 90 OVA entries, making not really working as a sequel thematically nor otherwise, Amon is comparatively rawer and unmatched Devilman experience.

Unfortunately, unlike all the other Devilman anime which are either licensed by Discotek or are on Netflix, the only way to legally watch Amon: The Apocalypse of the Devilman is by tracking down a Japanese DVD.

Devilman Was a Major Jumping-Off Point for Go Nagai

Devilman and Hellboy Team Up in Demonic New Collaboration

‘Devilman’ Whiskey is Back With a Vengeance for 2019

‘Devilman’ and ‘Cutie Honey’ to Host High-Class Party in Ginza