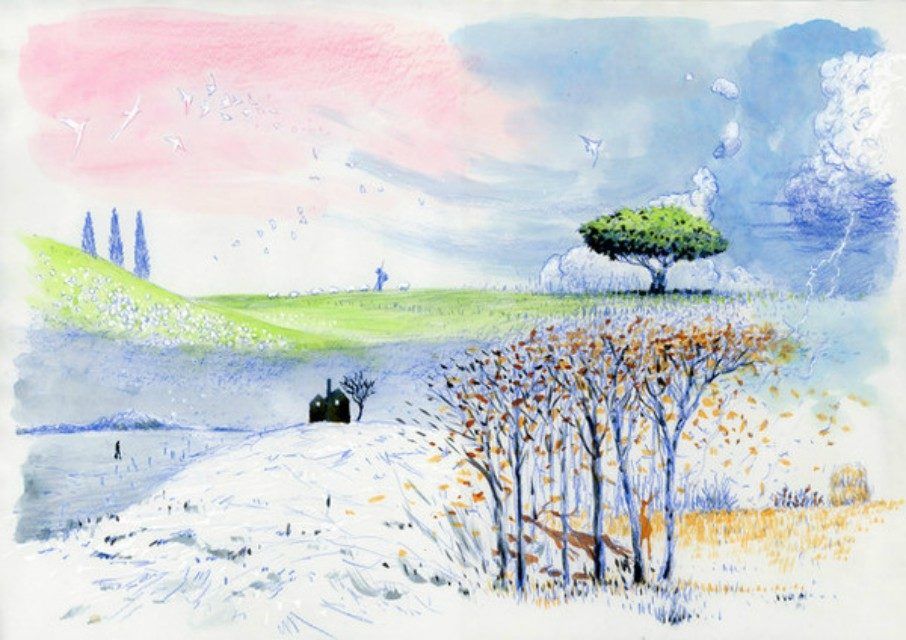 An Anime Viewer’s Guide to Cours and Seasons

Greetings, dear anime fan. Are you a rookie anime viewer wanting to know more about how your favorite industry works? Or maybe you’re an experienced veteran wanting to refresh your memory? Regardless of prior knowledge, you may have come across terms like anime season and cour pop up in discussion on online forums and streaming sites. Have you ever thought about what they mean exactly? Well, that’s where I’ll be coming in to help.

You may have noticed that some series end after just twelve episodes, while others continue for almost an eternity. Just what is going on here? Why do some anime have more episodes that most? And how are new shows organized every year?

This might seem all too confusing and new to you, dear anime fan. But fret not! OTAQUEST will be your handy guide for all the things you need to know in the world of anime, manga, gaming, and so much more. We publish fresh content from diverse perspectives regularly on our site.

Now, let’s get into a short lesson on anime cours and seasons. We’ll be going over their similarities and differences, so hopefully by the end of this guide, you’ll know everything about them. You ready? Take a deep breath and let’s begin!

What is an Anime Cour?

So, what is a cour exactly? It’s a three-month measurement unit of television broadcasting. Another way of seeing it is as a portion of a television program aired over the course of one period. The word itself is borrowed from the French language and has often been used by the anime community from at least 2007, when anime hosting websites and online forums were popular.

In the case of an anime, a cour measures how long it’s broadcasted in a season. This makes sense because one standard year is 12 months and we typically divide the duration into quarters. For example, the first quarter runs from January to March. The second quarter lasts from April to June. And you get the rest.

I’ll spare you the complicated math problems and get straight to the point: a single cour has 10 to 14 episodes running during a three-month seasonal period (or quarter). However, the average length of these shows are typically 12 or 13 episodes, with one of them serving as an OVA special released later on.

That’s why you have a slew of new anime debuting every season, either in the Winter, Spring, Summer, or Fall. Springing from that point, let’s get into what makes an anime season.

What Is a Season?

All right, I know this might be kind of a stupid question. We all know what the four seasons in a year are, depending on which side of the globe you’re on. You got Spring, Summer, Fall, and Winter. Each goes through a period of time, transitioning to one another, and then repeating itself each year. You have to deal with very hot or cold temperatures, with spring and fall serving as ideal in-betweens.

Each new season of anime works in the same way. Divided into four different quarters, each season offers a diverse range of shows and continuations you can jump right into. Some years you have a plethora of hot shows you tune into every week and bad shows you drop after the first or third episode. And most of the time, you get shows that are in-between, mediocre choices to fill up your queue.

Depending on how you look at it, however, a new season has something for everyone. So, here’s a simple breakdown of how anime seasons are constructed:

Some people see winter as the season when studios and companies dump their ‘leftover’ anime titles from the last year, but I strongly disagree. The winter anime season is a chance for new anime to make a great first impression.

Spring showers bring May flowers, and anime is no exception. This season truly brings in a fresh start and tons of noteworthy titles to watch from.

A good summer season brings some of the hottest hits to keep you entertained during the sunny, warm temperatures.

A fair amount of anime fans consider the fall season to be the peak year in anime. But again, this is all subjective. I find fall does have an unusual amount of titles each year, so maybe they’re onto something. In fact, Neon Genesis Evangelion and Inuyasha are past examples of fall anime. 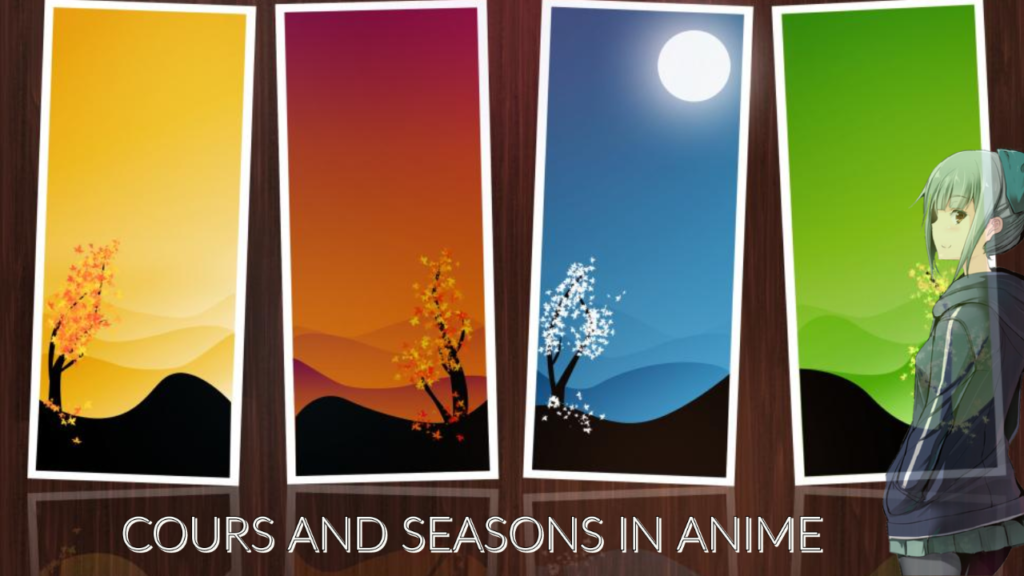 A Quick Recap of Cours and Seasons

Horimiya is a single cour anime with 13 episodes that aired in Winter 2021.

Jujutsu Kaisen is a double cour anime. The first cour aired last Fall 2020 with the second cour continued into the Winter 2021 season.

Black Clover is a multi-cour anime that first aired in Fall 2017 and ended its run in Winter 2021.

What’s the Difference Between a Season and a Cour?

Cours and seasons as terms can mean the same thing, but they have a different meaning within specific contexts. The terms often confuse people because they’re mostly technical and you wouldn’t be mistaken if you thought they were interchangeable. For example, you would most likely hear people say ‘anime season’ rather than ‘anime cour.’

‘Cour’ is the more specific term that refers to a three-month period of broadcast and the number of episodes a title has. Season can be a little trickier to navigate because it can either mean the upcoming season of a quarter or another installment of your favorite anime. For example: the fifth season of My Hero Academia aired during the Spring 2021 cour/season. While the technically correct term is ‘cour,’ the more casual way of calling an anime sequel would be a ‘season’.

Why are Anime Broadcast in Cours and Seasons?

It’s just easier that way. Single cour shows are more common now than longer anime spanning many cours. The average lifespan of an anime today is 12 episodes, with only a few 24-episode runs debuting now and then.

If you ever wondered why your favorite anime doesn’t have a second season, cour length may be a good reason. The performance of a single cour leaves the production company with more options, depending on whether they’ve already greenlit another season or are awaiting performance results. If a second cour has been confirmed, it can continue as a double cour anime or a split cour.

If the first cour of an anime is popular, with great ratings and high Blu-ray sales, the company can follow up with a second season. If fans like the show, but have certain complaints, the series can enter the split-cour format and skip a season or two, depending on how long production takes. If the show fails and sales are not up to par, the company foregoes any sequels or follow-ups and moves on to the next title.

Cour or Season? It’s up to You!

No matter what you call them, it’s ultimately up to you whether you think using cour or season is an accurate way of describing anime. There are a lot of new shows for you to discover and add to your queue. Hopefully, our guide has been helpful in defining these terms and clearing the air about the confusion.