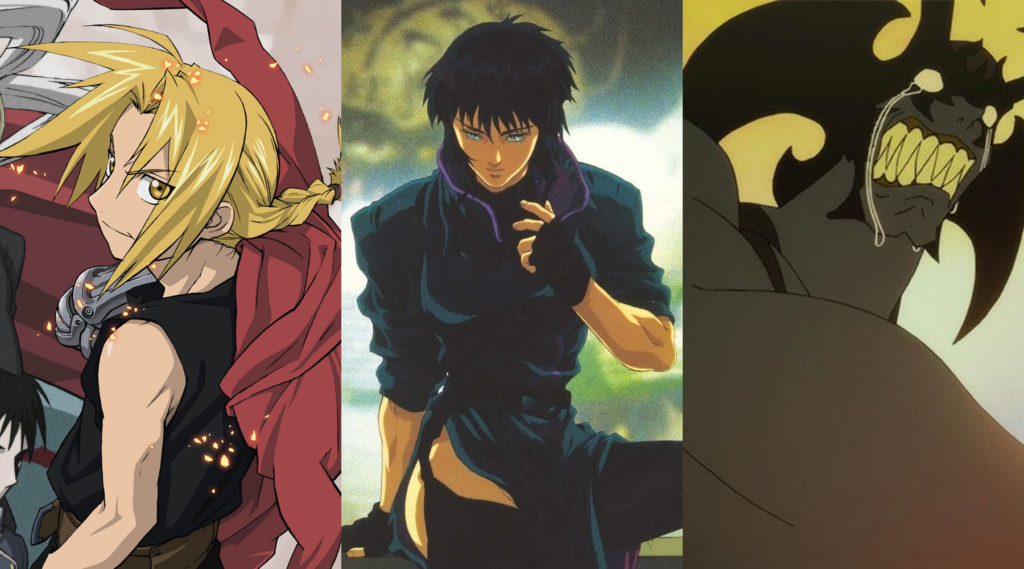 Anime production companies finally got the hint after people complained about filler content for decades. Once upon a time, if you wanted to watch through the entirety of, say, Naruto, you would have to sit through oodles of anime-original episodes whose stories had the same emotional and narrative impact of old Scooby-Doo cartoons. Better to have new episodes than let a series die was the thinking behind those fillers.

These days, your Attack on Titans and My Hero Academias will just skip a couple of seasons or years in between episodes so that they’ll be tight and as close to one-to-one adaptations of their respective manga as possible. Admittedly, they’re all the better off for doing so, as the former’s political intrigue and weight would suffer if we had endless Dragon Ball Z style battles against the titans.

However, there are anime shows that are, sometimes, better off for having deviated source material. While it always depends on the case, we wouldn’t have some of the best anime ever if they only ever delivered 100% accurate manga adaptations. 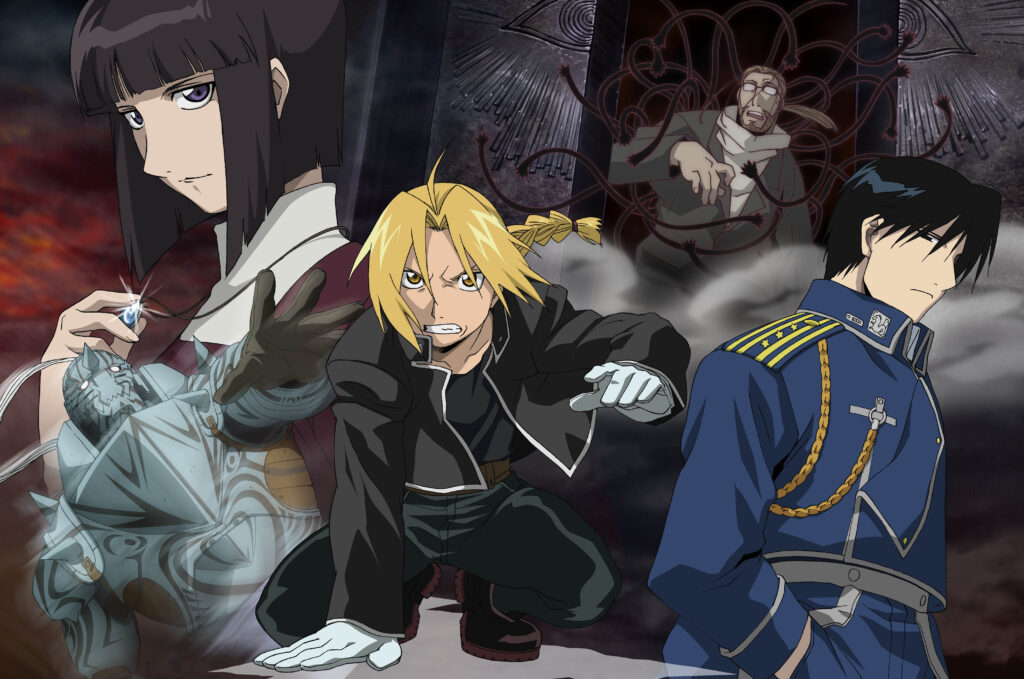 One of the most common reasons shows would come up with original material was simply because there was no more of the manga to adapt. It was a very common practice in longer running shonen shows, but even shorter adaptations would have to rely on this method, often to come to an ending. What set the original Fullmetal Alchemist apart from others that did this was this: instead of just finishing with an original arc or twisting a few story elements to make the whole thing come to a close, director Seiji Mizushima and Sho Aikawa essentially used the manga as a springboard to tell their own story that lasted quite a lot longer than the show’s adapted material. We’re not here to make the argument against Brotherhood or even to get into why it’s worth watching, as we’ve already done that.

The truth of the matter is that before there was any Brotherhood and while the manga was still finding its legs, it was this adaptation of Fullmetal Alchemist that garnered the franchise its diehard following. Back then, no one seemed to mind that it heavily deviated from the manga. Using the comic’s foundation, it created a believable and interesting story that stayed true to the source’s spirit while being different in execution.

Fullmetal Alchemist 2003 may be the best example of a loose adaptation out of necessity, but it isn’t the only good one. The Gantz anime is all but forgotten, being nearly 20 years old and the alien-hunting manga having ended in the first half of the 10s, and there hasn’t been a huge push for people to go back and watch it. The majority of its 26-episode runtime accurately adapts the first three arcs of the notorious manga almost beat for beat, with some direction and music that I’d argue makes it worthwhile. That said, it’s how the anime deviates in the last few episodes that make it particularly interesting. Instead of just inventing some anime original final big bad or leaving things inconclusive, as the manga was still ongoing, it names the protagonist as the alien-to-be-hunted and asks if humans are willing to kill other humans for their own survival. It was moral territory the manga had yet to cross, and the anime succeeds in it because it offers something different while still being meaningful. 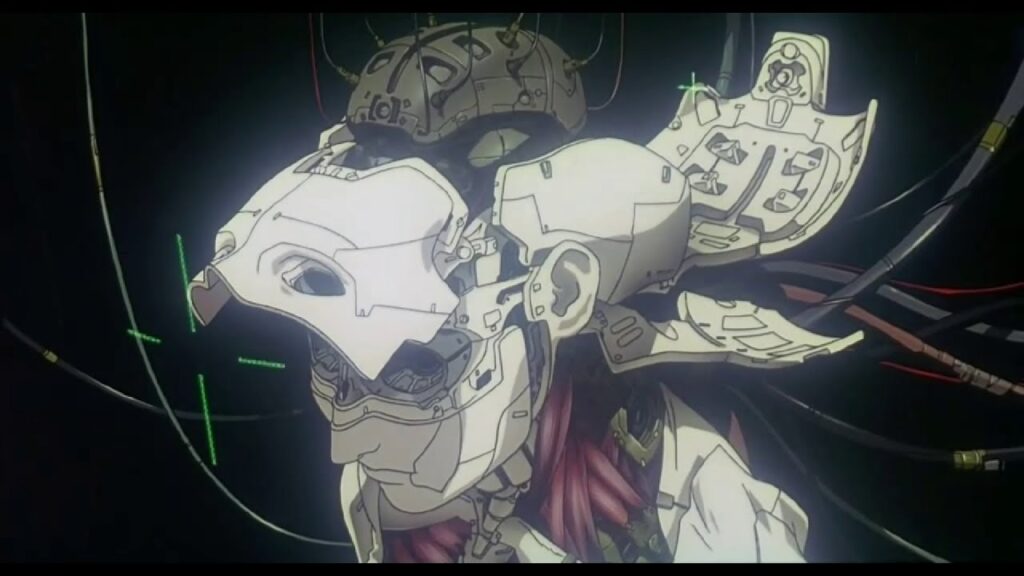 Ghost In The Shell is something of a miracle. Despite containing the same characters, themes, and some overall plot as Masamune Shirow’s original work, it barely resembles it at all, and honestly… thank god. If Mamoru Oshii’s adaptation kept in the overt sexual scenes and light-heartened tone, and didn’t opt to completely change the pacing and imbue a more realistic visual style, it wouldn’t be the seminal film in the anime canon that it is. Not that we’re saying the manga’s bad, but if you went back and read it, you’d be surprised just how much blood Oshii squeezed out of that stone. Then he wrung it further dry in the underappreciated Ghost In The Shell 2. While not as influential, the Stand Alone Complex TV Series, which bears even less resemblance to the manga, might be even more beloved by active anime fans than even the movies! If they were all just the comic on screen, the franchise would never have become the anime staple that it is. Mamoru Oshii may have changed some of Ghost In The Shell’s story out of necessity, but technically, it wasn’t necessary. That said, it sure made for a better, more poignant film.

Unfortunately though, movie-only adaptations of manga aren’t nearly as common as they used to be. Another controversial favorite of mine would be the original X film by Rintaro, based on Clamp’s X/1999. Sure it renders the manga’s already nonsensical plot as borderline indecipherable, but it allowed for some of the most beautifully animated sequences and, more importantly, the most goth animated sequences to be put to film. Much like Fullmetal Alchemist, a more accurate adaptation was eventually made, so we remain particularly glad the visual creativity of that movie is something that got to exist… Okay, maybe Miyazaki’s The Castle Of Cagliostro would be the other go to film example, but I want more people to see X, dammit. 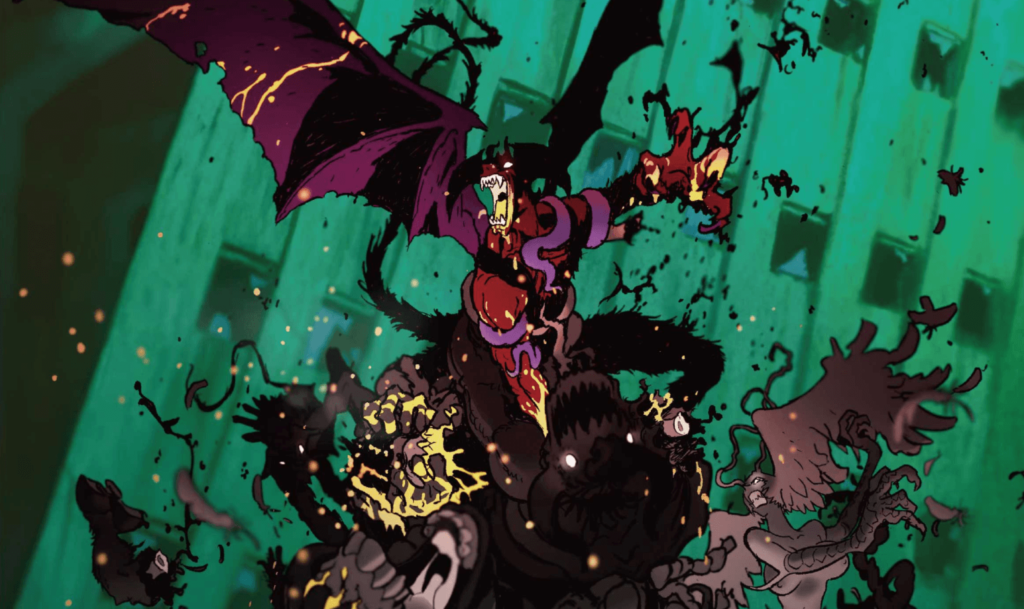 Knowing you’d have been comparatively lukewarm on Ghost In The Shell if it had closely resembled its manga, would you have wanted Devilman Crybaby to be straight out of the 60s? Perhaps another controversial opinion, but Devilman Crybaby works better as an original anime than it does as a Devilman adaptation. Rather, what prolific director Masaaki Yuasa and Science Saru brought to Devilman were the best parts about Crybaby! The downright elastic animation, the thematic focus on crying and running throughout the show, and the more human tone… It’s the fact that Devilman was reimagined that made the 50-year-old work accessible to today’s audience. In some ways, it actually fails as a depiction of Devilman in comparison to previous attempts like Amon, which actively changed the story even more than Crybaby did but stayed true to the intent of the comic. However, that doesn’t mean Devilman Crybaby isn’t an incredible, generation defining show.

To be fair, being a new adaptation of an older work is usually the most forgiven reason for deviating from source material. No one will really blame a series like Banana Fish for modernizing its story to take place during the present day instead of the 80s, provided the vast majority of character and plot remains the same. Devilman Crybaby really pushes the limit though, with its entirely different artstyle, pacing, and inclusion of original elements to focus on. It admittedly takes a bit of the edge off, despite how brutal it is. The 1972 manga retains something Crybaby failed to capture, but on the flip side, Yuasa’s take contains multitudes not found in the original story. With the existence of both the manga and the manga accurate OVAs, no one needed or wanted Crybaby to be exactly the same. 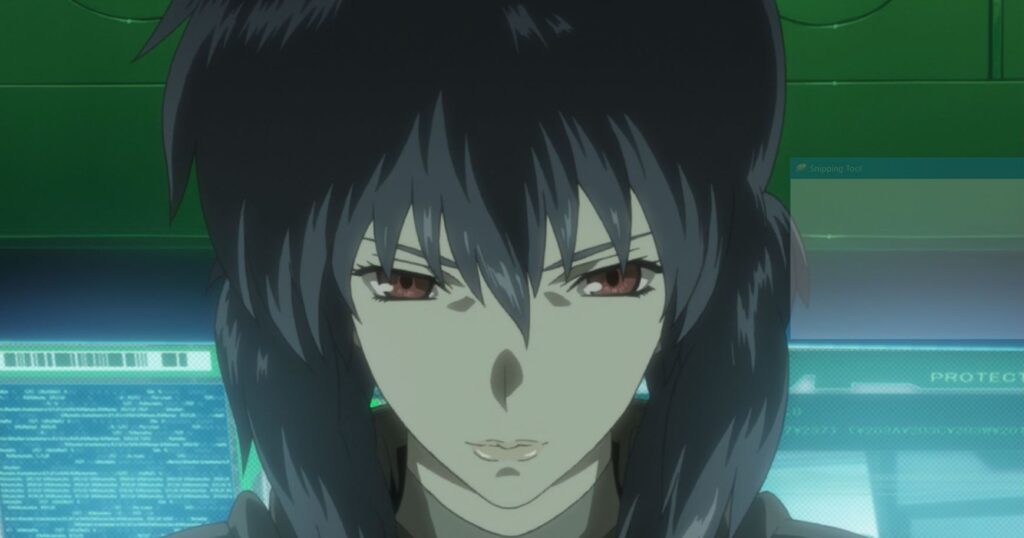 No Stand Alone Complex, no roto-scoped The Flowers Of Evil, no Metropolis… There are so many examples of great, medium defining anime that took their manga into their own hands, that if all anime ever accomplished was putting manga on screen and making it move, it wouldn’t be a medium we’d keep coming back to. With banal shonen filler mostly being a thing of the past, neither animators nor fans should be scared of loose adaptations if there’s a point of deviating from the source material. Whether to make an old series gel with the modern day or to embark on some artistic venture, we’re all for these inaccuracies as long as they’re creative. Then again, if you go too far, you get the likes of Dragon Ball Evolution and Netflix Death Note, so use that monkey paw wisely.