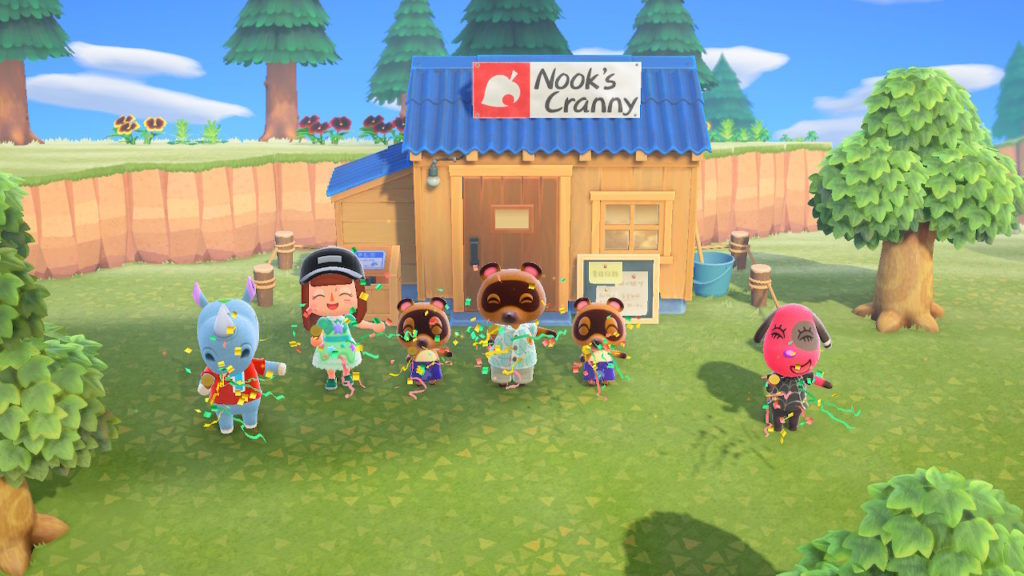 In these anxiety-ridden times we currently live in, I don’t think I’ve ever needed a video game in my life more than Animal Crossing: New Horizons.

I’ve found it difficult to justify my writing and my work in recent weeks. One look at the outside world and the massive transformations to daily life as a result of the impact of coronavirus, and suddenly writing a review about an anime or talking about movies and games feels meaningless. Who cares what I think about Smile Down the Runway’s most recent episode when there are more important things to worry about? Do I even care? While I want to share my joy for the things I love, it’s easy to feel like you should be doing more and that writing about such topics at a time like this is irresponsible.

It can all be a bit much at times. Having multiple friends and family who are more vulnerable to the disease and would, in turn, develop serious complications from catching it, make my vigilance to preventative measures strong, but it’s still difficult. I often just want to escape from it all. 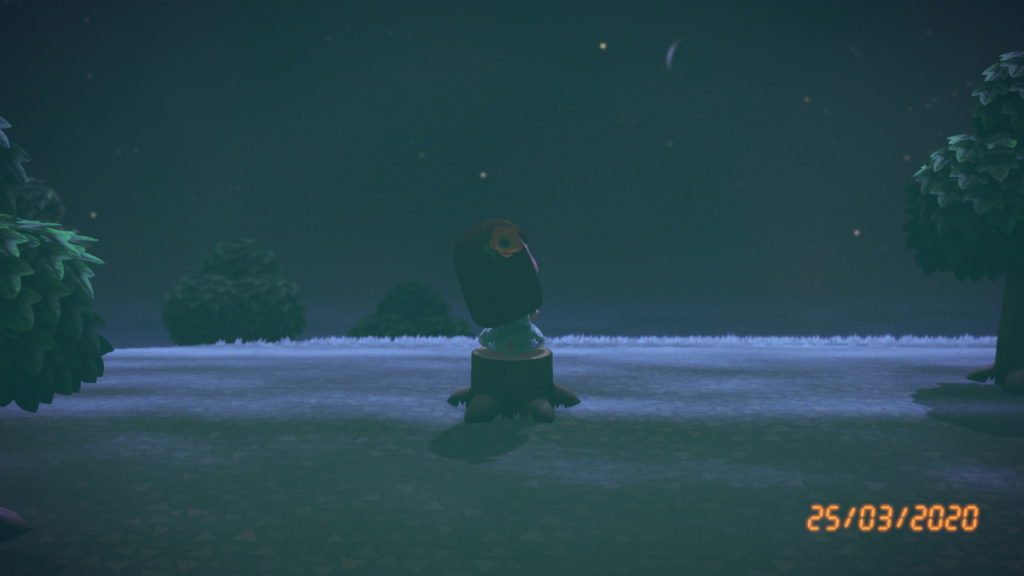 Friday’s release of Animal Crossing: New Horizons on Nintendo Switch couldn’t have come at a better time. The relaxed tone of this series and its entrenched escapist roots are exactly what I’ve needed, now more than ever.

The Escapist Dream of Animal Crossing

I’ve been playing each entry in the Animal Crossing series since Wild World on the Nintendo DS, and each game has come into my life at the time I needed it the most. Although that DS version released on the system back in 2006, I only played the game for the first time a few years after the initial launch.

It wasn’t the best time for me. At the time, I was being bullied and was on the cusp of switching schools. I hated going to school every day, would sometimes fake illness so I didn’t have to attend, but I managed to get through it because I could come home at the end of the school day and tend to my island.

When City Folk launched on the Wii, similar to my feelings around the release of the 3DS entry New Leaf, I was beginning to question my gender and sense of self and had entered into a spiral of self-loathing. I could put on a happy face when I needed to, but it never lasted, and the only escape from that was a chance to explore some of my feelings thanks to the ability to live freely through my virtual, idealized self. 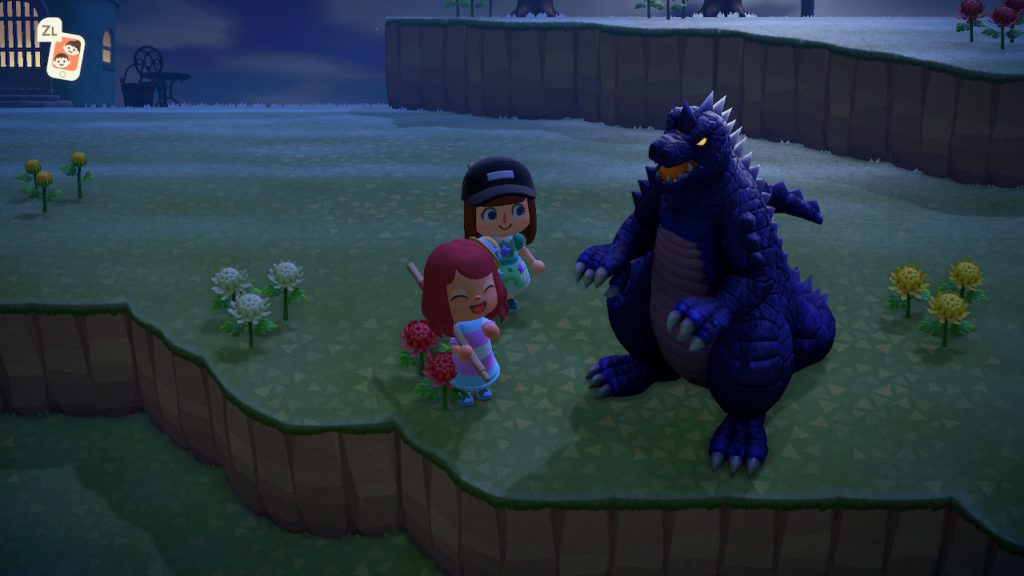 The series has always been an escapist fantasy where you can live an idealized life. Free from the stresses and anxiety that reality can bring, Animal Crossing was an avenue to escape for a few hours at a time, catching bugs, giving gifts to villagers and filling Blather’s museum, all without deadlines or pressure to finish by a certain date. For those whose assigned birth gender perhaps doesn’t align with their true gender such as me, however, this escapism took a new meaning. I could create a female avatar and live as that character, or, in more recent titles, wear whatever clothing I liked regardless of my gender (I still picked female). I could be myself.

This escapist fantasy got me through tough times before, and as the world is plunged into another crisis of astronomical proportions, there’s nothing I needed more than the ability to relieve my anxiety by catching some fish in Animal Crossing: New Horizons. 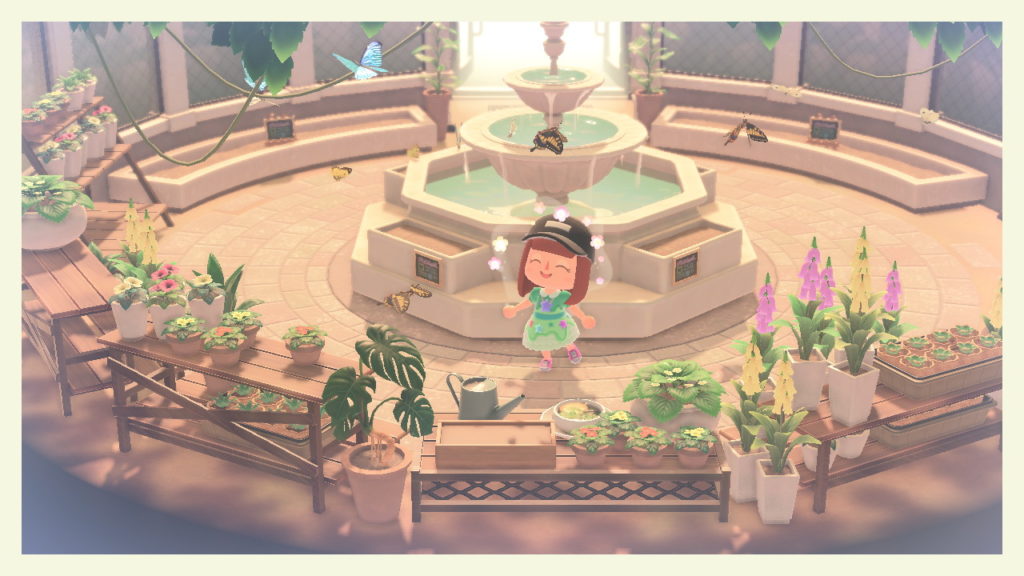 The world of this new Animal Crossing is far-removed from our current one. You arrive on a deserted island with nothing but a tent, a NookPhone, and a few basic supplies, and are tasked with making this place home. You need to pay for the privilege, but even Tom Nook isn’t as much of a parasitic landlord as he’s been in the past, happy to cover the entire cost of your initial arrival just by doing basic tasks to earn bits of his self-created imaginary currency.

After you and your co-inhabitants have settled, you have the chance to help your community thrive. This imaginary currency, Nook Miles, can be used to buy certain items as well as special tickets that allow you to travel to unique deserted islands for supplies while occasionally being able to meet new animals you can invite to join your island society. Over time, you can access open a museum, shop and more, accommodating the increase in footfall and the transformation from abandoned wasteland to island paradise. 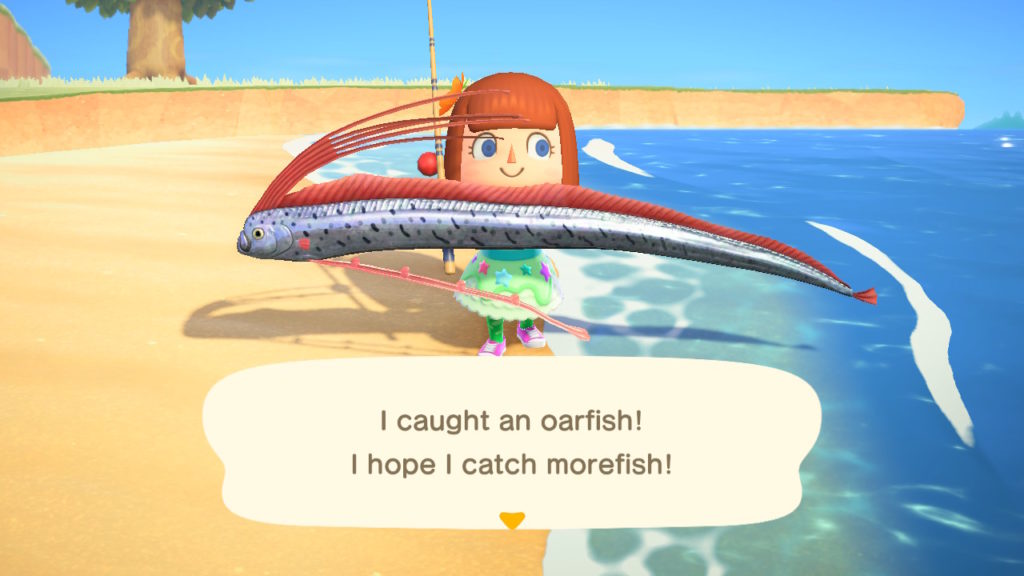 The game is different in terms of how its progression is structured from previous titles, and there are some mechanical changes, but for the most part the core experience of Animal Crossing: New Horizons is almost identical to previous titles. Not that that’s a bad thing. As I was walking around my island, the soothing soundscape of the title was able to calm me after a worrying day following the news and trying (and failing) to be productive as a result.

The crunching sand as I ran across the open beaches, the fast-running water at the waterfall as I stood there fishing. There was the muffled grass underneath my feet, the faint whooshing of the wind, even the goofy, almost-out-of-place sound effects of my looping arc as I used as a vaulting pole to jump over a river. As I walked around hunting for bugs and more, these sounds grounded the experience in a reality both fantastical and real, transporting me to a place I could feel like I was making progress and doing something substantial. Even if all I was doing was catching my 20th sea bass. 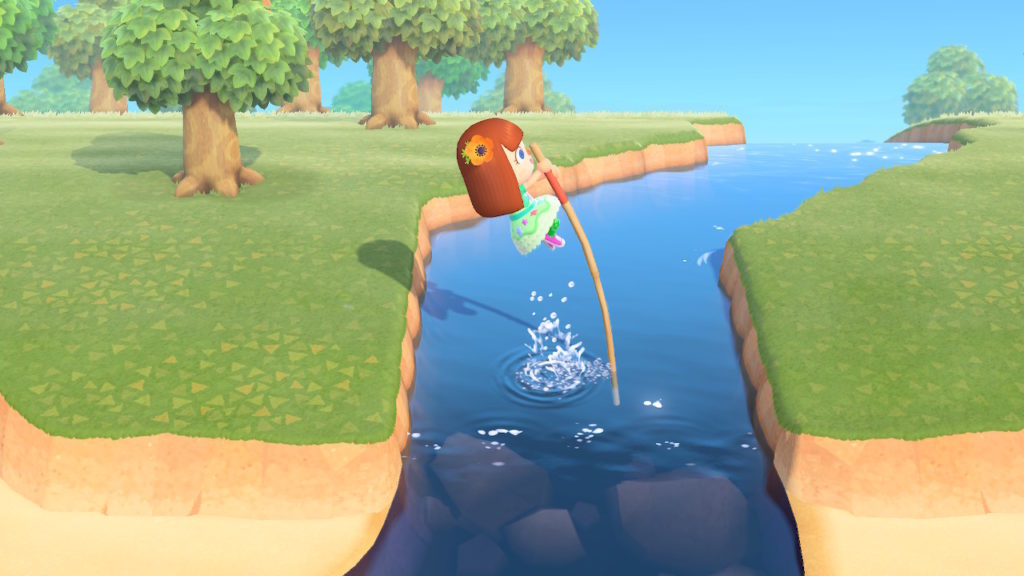 In reality, my time with Animal Crossing may just be hitting rocks for minerals, catching animals and finding fossils, but after a day where I lost hours of productivity to paralysis and anxiety at the thought of it all, that felt meaningful. I created a short twitter diary to accompany my daily play-sessions, and what was initially a fun tweet to commemorate the start of my journey became a daily coping mechanism. Over the week that’s passed since I started playing, I’ve gained three new villagers, expanded my house twice, opened a museum and, as of the time this article goes live, expanded Resident Services to accommodate the bustling population of PeachClo.

A Brief Relief From Anxiety Through Animal Crossing

COVID-19 has upended every routine and also forced the lives of those more vulnerable to dramatically alter much further than the inconveniences the lockdowns have placed on people like myself. Losing the ability to go to the cinema is nothing compared to how many immunocompromised people I know are unable to even leave the house for possibly months, relying on myself and others for the food and supplies they need as the risk of going out and catching the disease is too great.

Announcements of a UK lockdown earlier this week were expected but still anxiety-inducing and terrifying, and it was all I could do to avoid crying in front of others and to reach for my Switch to play some Animal Crossing. I remember that session not being very productive, but it was everything I needed at that moment, and I feel I may be relying on that easy relief more than once over the next few weeks and months. 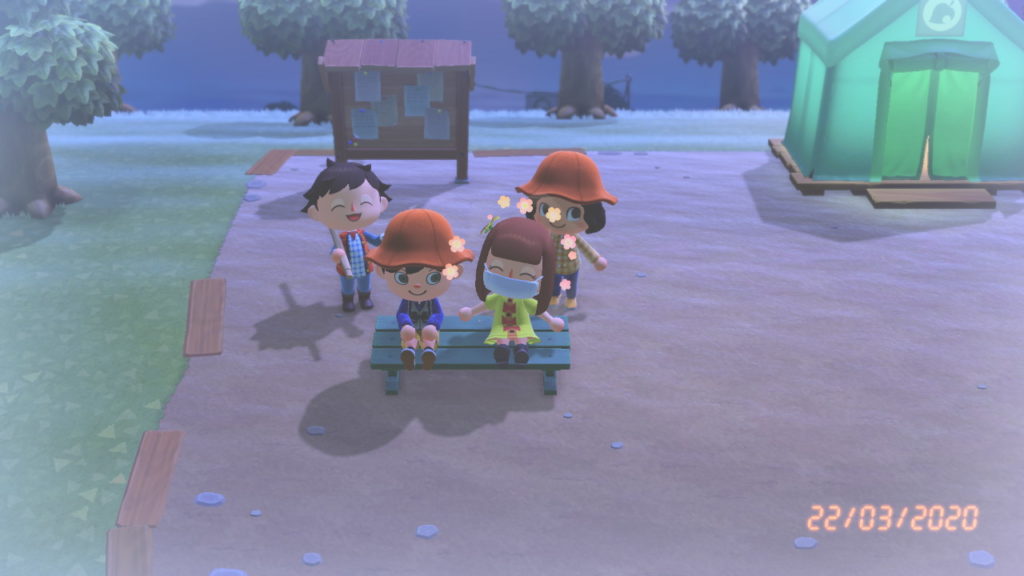 Connecting with friends or spending time alone in Animal Crossing: New Horizons has allowed me to adjust and adapt to what is now the new normal. Hitting each other with nets and talking over voice chat brings a welcome smile when times are bleak.

Animal Crossing has always been an escapist fantasy, especially for me. At this unique and unprecedented time of anxiety and concern, however, the core values that drive the title are needed more than ever.