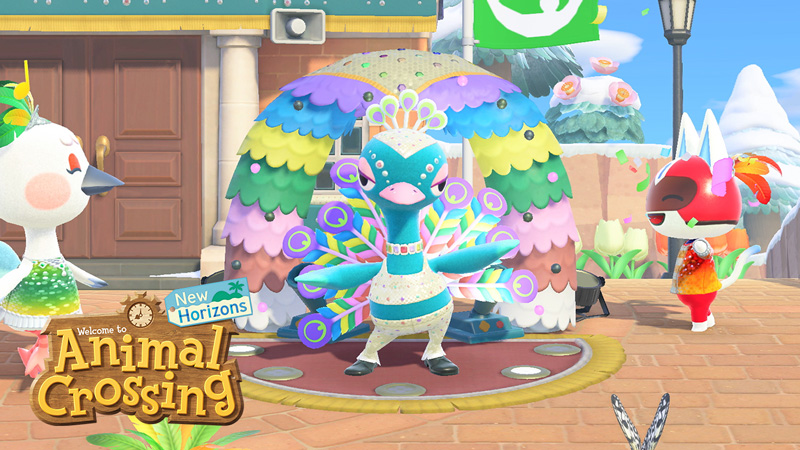 The next Animal Crossing: New Horizons update will arrive on Thursday, and it will bring a fun event with it. But the most interesting new update for the video game will have to wait until March. Nintendo recently posted a video to YouTube which highlights the Festivale part of the update:

At the end of the video, you undoubtedly noticed two familiar-looking power-ups which popped up. Yes, Animal Crossing will have a Super Mario crossover in March.

But we’re getting ahead of ourselves. Let’s look at the 28 January update first, including some stuff that wasn’t mentioned in the video.

Out here in the real world, people are still feeling jittery about holding big parades and celebrations. So Rio de Janeiro officially postponed its event to July, and New Orleans is apparently planning other ways to celebrate on time.

But the world of Animal Crossing has been one of the ways that people have learned to cope with the pandemic. So, why not have some video game festive fun in February? 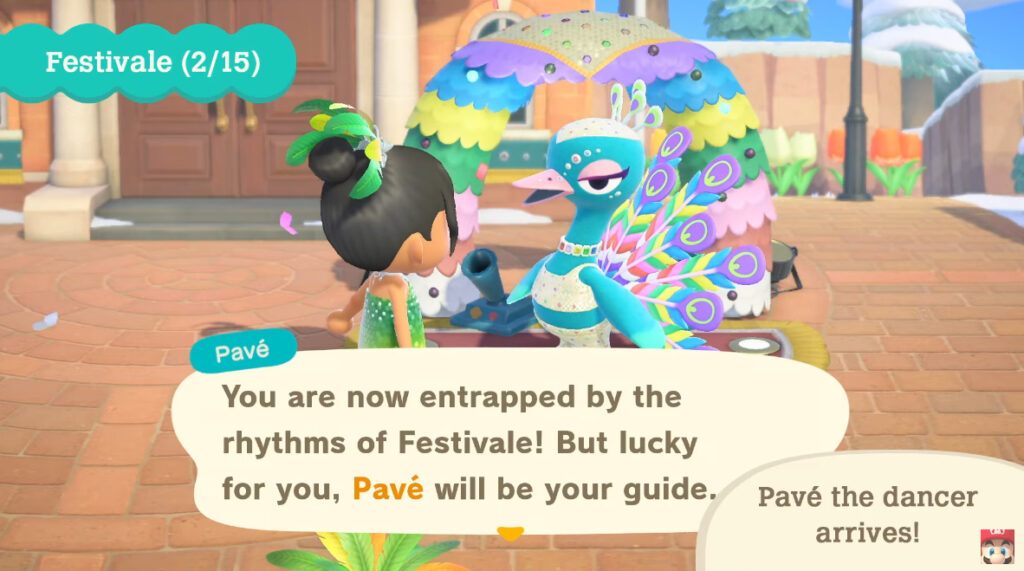 The event features Dancer Pavé, a peacock. Pavé will appear in your island’s plaza, bringing a little carnival spirit with him. To party with Pavé, you have to capture colorful feathers and bring them to him. He’ll dance for you. This isn’t Pavé’s first appearance in Animal Crossing, but it is his first visit to New Horizons, so give him a warm welcome.

The Able Sisters will also make some Festivale outfits for you and your animal friends, for a limited time starting on 1 February. Some new Festivale-related reactions can also be purchased. Nook’s Cranny will sell the Viva Festival Reaction Set for in-game Bells. The set includes Feelin’ It, Let’s Go, Viva, and Confetti.

(Incidentally, Pavê is the name of a Brazilian dessert.)

Of course, Festivale isn’t the only holiday in February, so the Nook Stop in Resident Services and Nook Shopping will have chocolate hearts and heart-shaped bouquets at the beginning of February for Valentine’s Day. The Nook empire will also have other items related to Groundhog Day and the Big Game Celebration. (The owners of the Superb Owl are strict about copyrights, so people have to use euphemisms.) 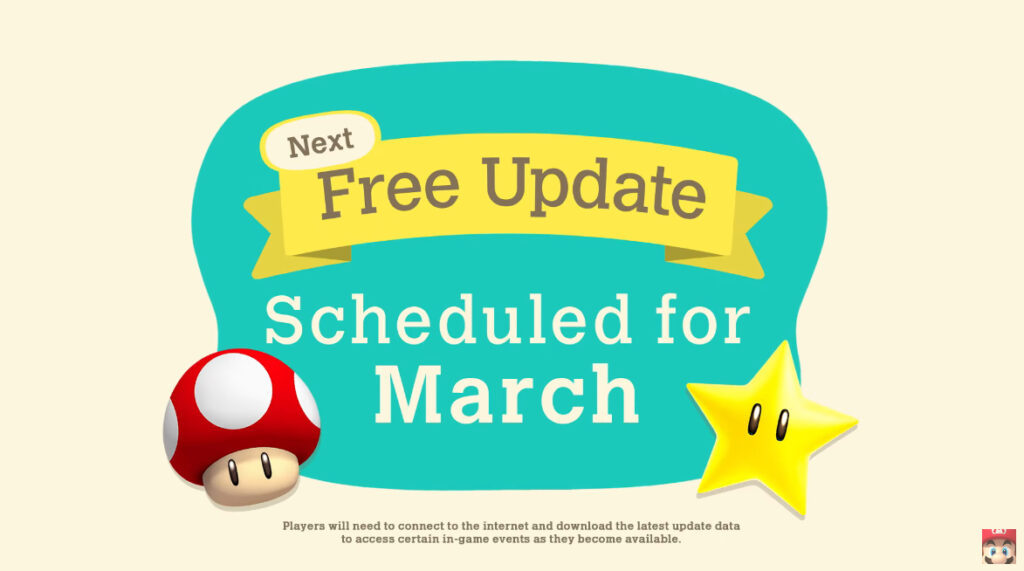 We actually don’t have a lot of information about the Super Mario collaboration yet. We know that 10 March is Mar10 Day (get it?), and there have been Mario-themed items and Mario-themed quests in Animal Crossing before. Nintendo has been promoting Super Mario a lot lately because of the 35th anniversary of the game.

And Animal Crossing was included in the big Super Mario Bros. 35th Anniversary Direct in September. So we know that Super Mario furniture will be arriving. We just don’t know yet what it will look like.

Nintendo also announced the Animal Crossing Sanrio Collaboration Pack. The Sanrio pack will be available at Target stores in the U.S. starting 26 March. The pack will include six Sanrio amiibo cards. The cards will also arrive in Europe in March. Reprints of the Sanrio amiibo cards will also arrive in Japan on 26 March. These cards were originally released alongside the Animal Crossing: New Leaf Welcome Amiibo update and will still function in that title with new villagers and furniture sets based on popular Sanrio characters. In New Horizons the exact functionality has not been confirmed, but as of the time of writing the Japanese versions of the cards reward players with in-game Sanrio posters to decorate their house with when scanned on Harv’s island.