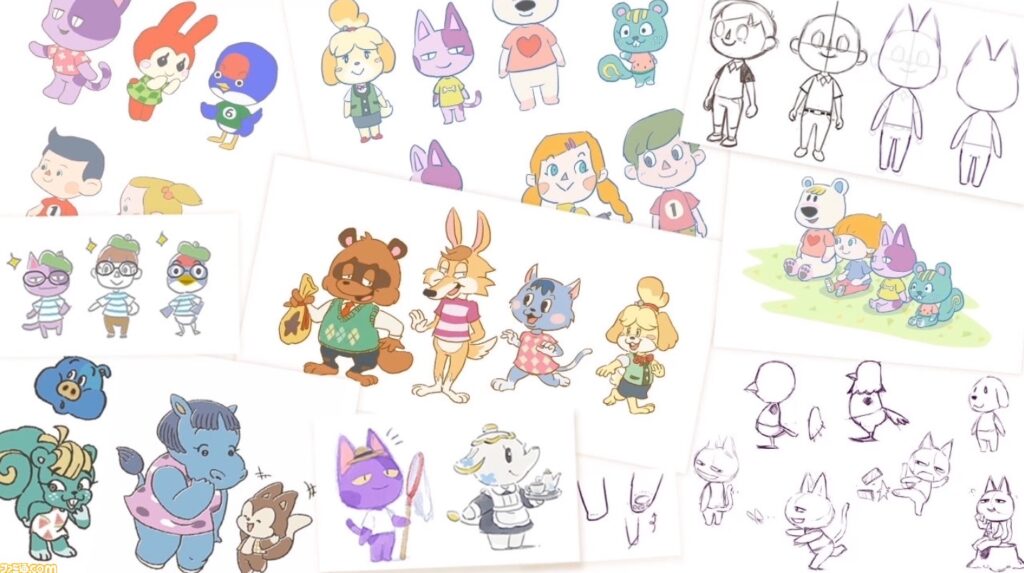 CEDEC 2020 was full of interesting talks about Japanese games, game development and the industry at large. Last week, we highlighted a talk on Final Fantasy VII Remake and the automation in the animation process that allowed for increased realism and allowed for the ability to accurately lip-sync voice lines across multiple languages. Another talk at this year’s CEDEC was held by the developers behind the best-selling game of 2020, Animal Crossing: New Horizons, as they discuss the design considerations that went into bringing the franchise into HD. 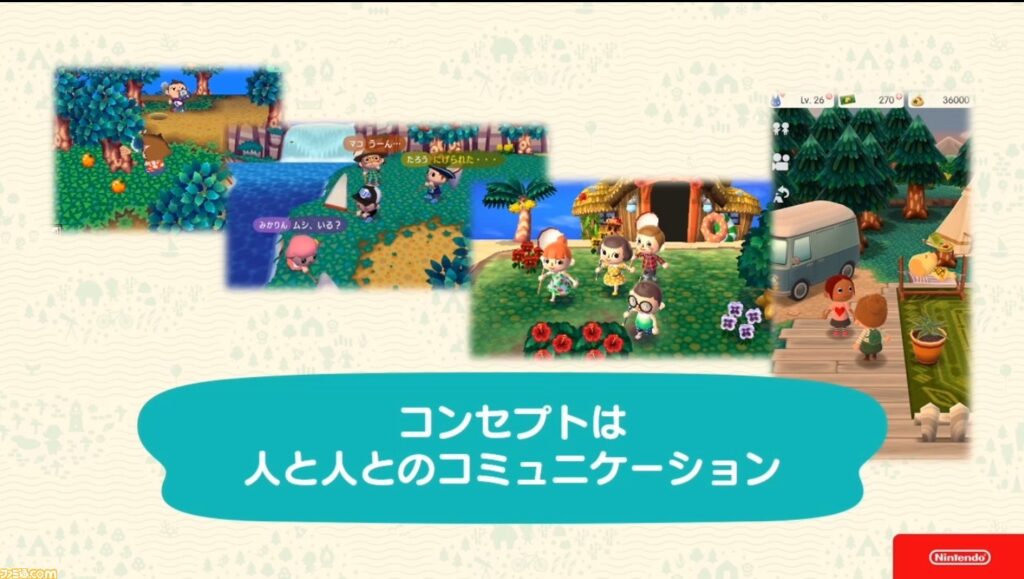 According to the developers, when considering the art and design process behind Animal Crossing: New Horizons, the series’ unchanging central concept of ‘communication between people’ must be considered. While there are goals set by the game like paying off debt and completing museums, the game is designed to create your own fun on your own or with others under this self-expression goal. Art, therefore, has to encourage people into certain tasks while giving them the freedom to approach any task however they like. 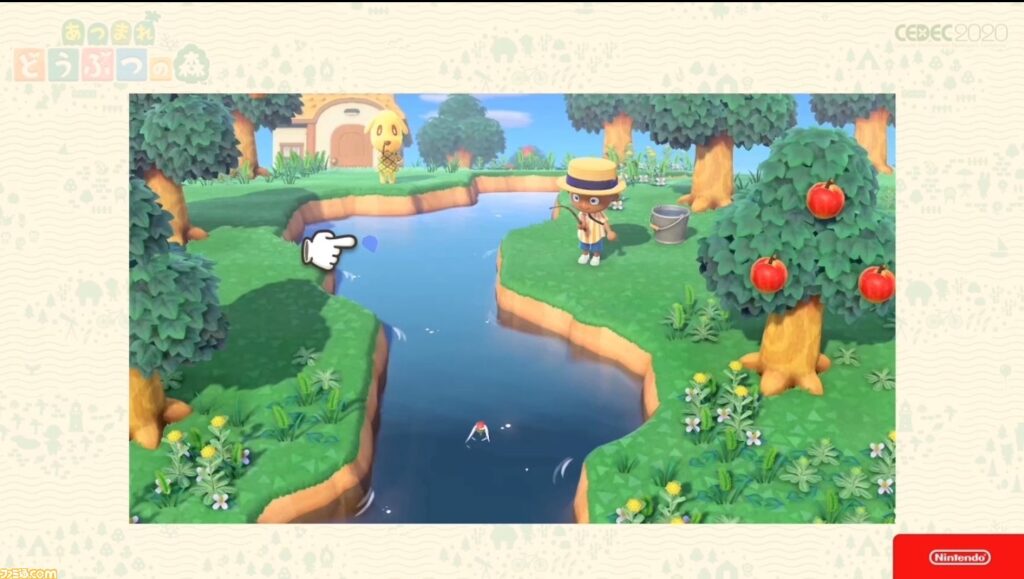 Here, there are many things the player can interact with. They can fish, they can move the decorative furniture (the bucket), talk to the villager, enter the house, fix the weeds, shake the trees, move around freely as a player, dig holes in the grass or landfill the river. The use of the curvature of the land is to ensure these interactive elements can be seen far into the distance, but this posed a challenge when taking the game into HD. With a higher resolution, art direction for Animal Crossing: New Horizons had to consider this higher resolution so as not to overwhelm the player with too many dominant interactive elements. A balance between realism made possible by the more powerful Nintendo Switch and clear, simplified designs needed to be struck. 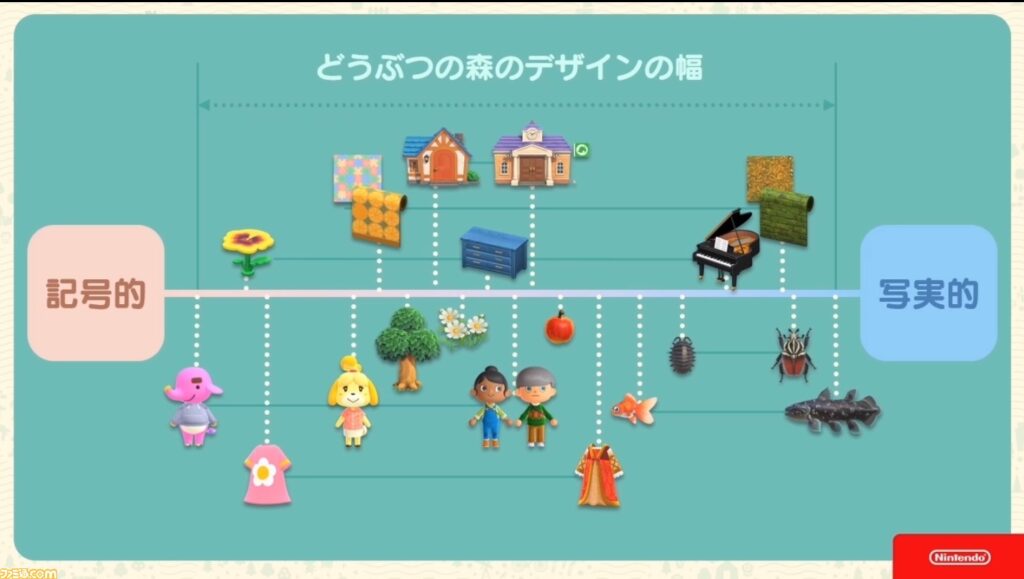 This was represented in this CEDEC talk on a gradient scale where Animal Crossing: New Horizons designs were graded from realistic portrayals of objects to simplified representations. On this sliding scale, fish and bugs are deliberately designed to look as close to the real-life counterparts as possible, while animals are designed under representative guidelines where realism is less considered. Human characters and buildings land somewhere in the middle. Since you show off fish and animals to others and donate to the museum, you want these to be as realistic as possible. Since you want to express yourself as a player, you don’t want to be too realistic as it would lose the user’s individual ability to interpret emotions based on a more simplistic reaction. By reducing detail, using the same emotion to express different things alongside your appearance is made possible.

Furniture and wallpapers similarly follow this same design framework. What players may want to design may differ, so having a range of objects and materials that range from realistic to simplified objects allows for an array of living spaces to be created. Variety and self-expression that can be clearly communicated is key to all these design decisions, with the use of a player’s imagination to fill in the gaps key to bringing these design decisions together, which can in turn influence a player’s personal in-game goals and reasons for playing.

Balancing the game’s portrayal of objects, animals and places and the need for the player to use their imagination is important to ensure a player can fully express their authentic selves through their island. This open interpretation of objects can even be a point of discussion when bringing other players together, which aids the game in achieving its communication core. Having too much detail can impede this and impede the game’s clear play structure, as showcased with an in-development screenshot where polygonal 3D grass more realistic than the final game would clash with objects like weeds and hurt the game’s overall aesthetic.

While much of the early parts of this CEDEC talk on Animal Crossing: New Horizons focused on this idea of art design and direction from a conceptual basis or in relation to gameplay, later parts of the talk consider the designs of the villagers. Designs needed to make a character’s species clear from a distance, while their finer details were made to emphasize a character’s personality. Through this, even if all you could see were the ears of a cat in the distance, you could still recognize who it was, turning them into a point of interaction you can choose to engage with or not. With this in mind, a decision was made to simplify silhouettes, as by adding additional features like fluffier fur, the scope of cats that fit this silhouette was limited. With a simpler silhouette, a player can imagine many more species of cat, with more specific traits being designed into the character’s appearance instead.

This was similarly considered for personalities, where the traits that make a person look cool or like a bodybuilder were taken and transformed into actions or appearances. By choosing not to differentiate what constitutes a personality by species and making such traits and actions universal, it helps their personalities be more immediately conveyed to the audience. 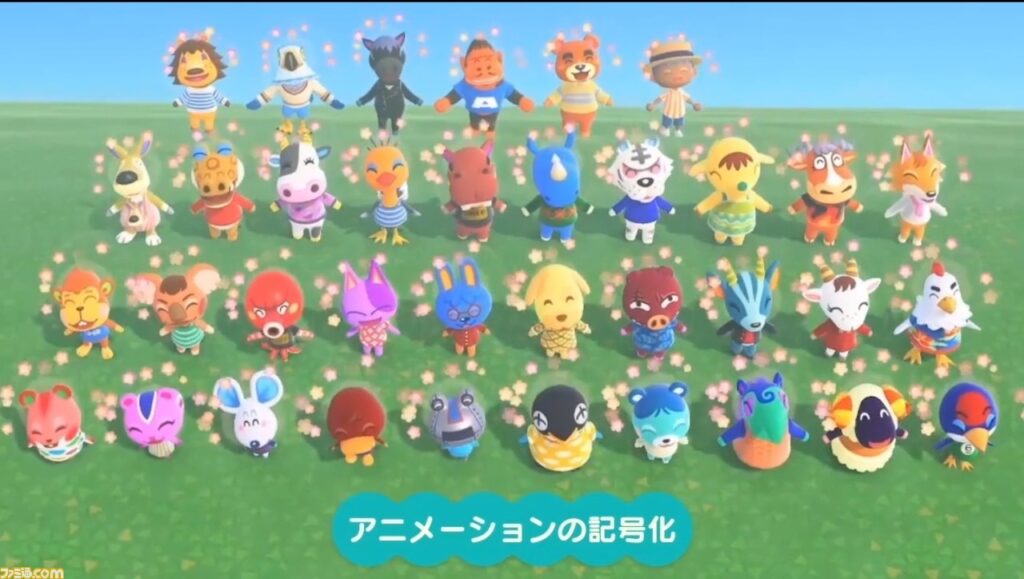 Most remaining discussions in the talk focused on how thy attempted to address the core design of the game to help animals and players express new emotions. As part of this, in the character design stage, attempts were made to draw animals in different art styles than that found within the game not because a plan to change the art style of the series was being considered, but to help the designers figure out where detail could be increased to make them more expressive. 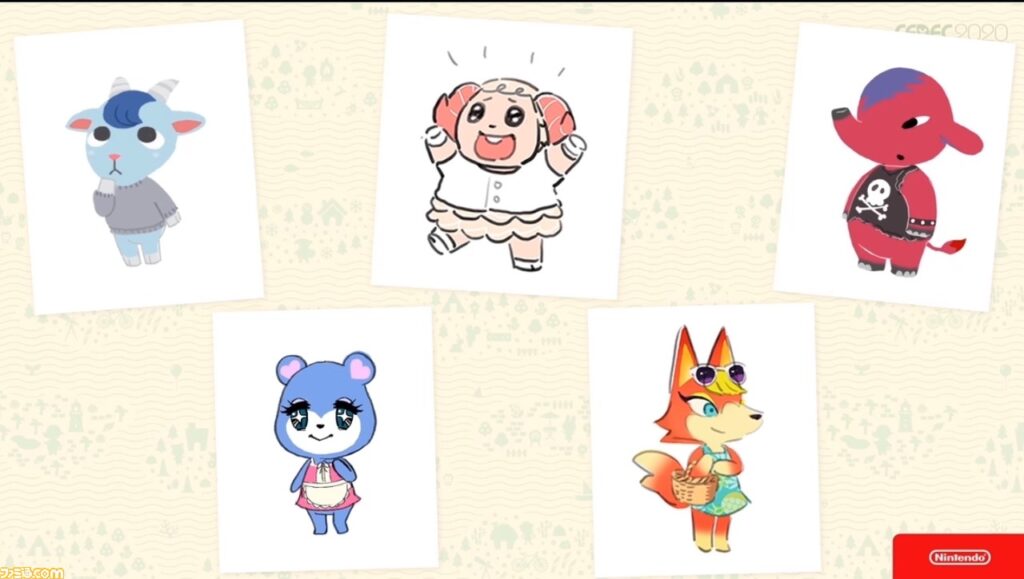 The Animal Crossing: New Horizons talk at CEDEC is an eye-opening look at some of the many considerations taken by the developers behind the Nintendo Switch game when bringing the game to HD for the first time, and a fascinating look at game development in general.