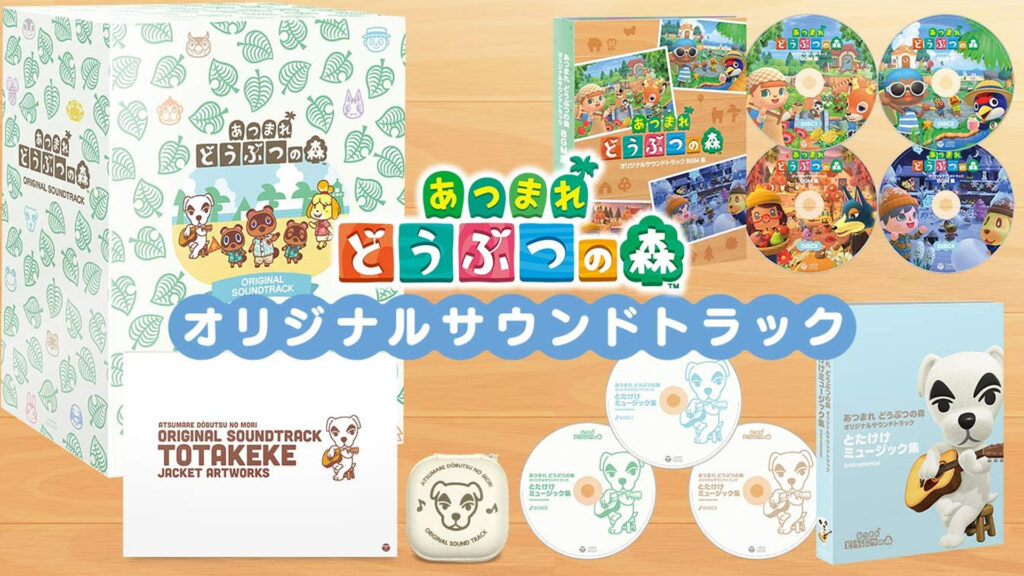 In a move that’s surprising more because of how long it’s taken to become a reality rather than the fact it’s happening, Nintendo have announced plans to release a mammoth 7CD soundtrack featuring island tunes and KK Slider mixes for your listening pleasure.

As the monumental success of Animal Crossing: New Horizons shows no signs of slowing down, with independent creators and brands continuing to latch onto this bona-fide social phenomenon, it’s somewhat surprising that a soundtrack for the game has yet to hit store shelves. With some incredibly relaxing ambient music accompanying your island tasks, it’s surprising that no official compilation has existed for the soundtrack of the game. Until now.

The planned soundtrack release from Nintendo captures the experience of Animal Crossing: New Horizons in its presentation. The soundtrack will be available in three formats, each sold in tall-sized CD cases that look somewhat fittingly like travel pamphlets. There is a 4CD release including just the background music for the island and modes, including songs for every hour of the day and even special music like amiibo music. It will also feature the special remote performance of the main theme shared on the Animal Crossing Twitter account last year. A KK Slider Music Collection will also be sold, collecting 3CDs of instrumentals of music performed by our favorite doggy guitar player.

A larger, 7CD collection will bundle both of these collections together with a special earphone case and KK Slider jacket artwork booklet, featuring the single covers for the music performed by the character as seen in game.

If you’re interested in these soothing island tunes, the 4CD soundtrack will cost 4950 yen while the 3CD KK Slider collection will cost 4400 yen. The larger bundled collection with bonuses will cost 11000 yen. Pre-orders for the Animal Crossing: New Horizons soundtrack are now open ahead of a 9 June release.