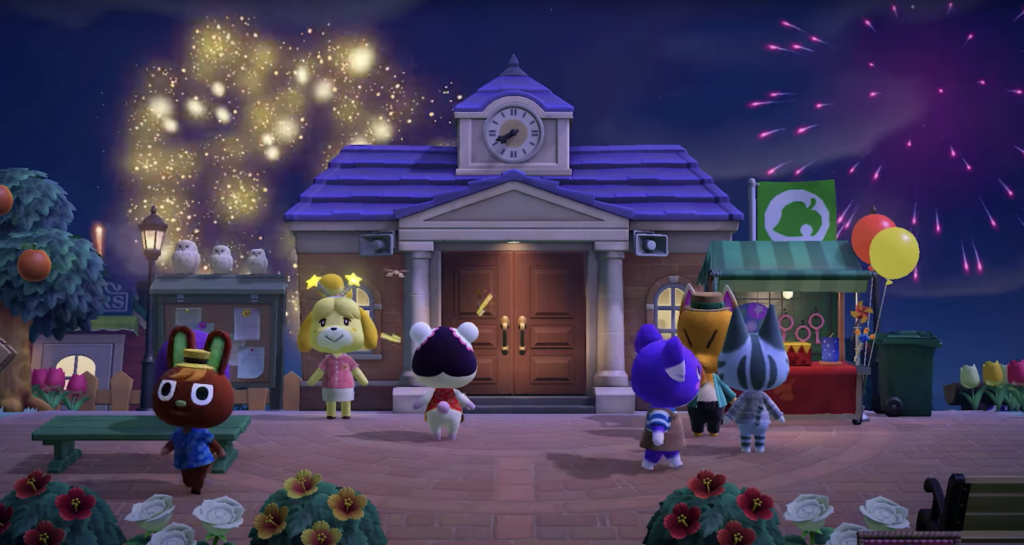 When Nintendo announced the summer update that dropped at the beginning of July they also made sure to mention that more was on the way. Well, we’re a few days away from the beginning of August and Nintendo has made good on their promise. A new promotional video dropped today highlight the new features, and they pretty significant moves if you ask me.

Starting things off are the reveal of weekly fireworks show happening every Sunday during the month of August. Fireworks are usually a pretty major part of the summer in Japan, and with the pandemic still upon us this is a nice little way to make up for the need for everyone to maintain social distancing. To make things even better, they’ve also revealed that you can design your own custom fireworks patterns to be displayed during the shows. On top of that, several new accessories & tools are being added to help you celebrate in style with sparklers, noisemakers, and light up hairpieces joining the fray. Redd will also be on hand in your town square allowing players to participate in a raffle for yet to be revealed items! 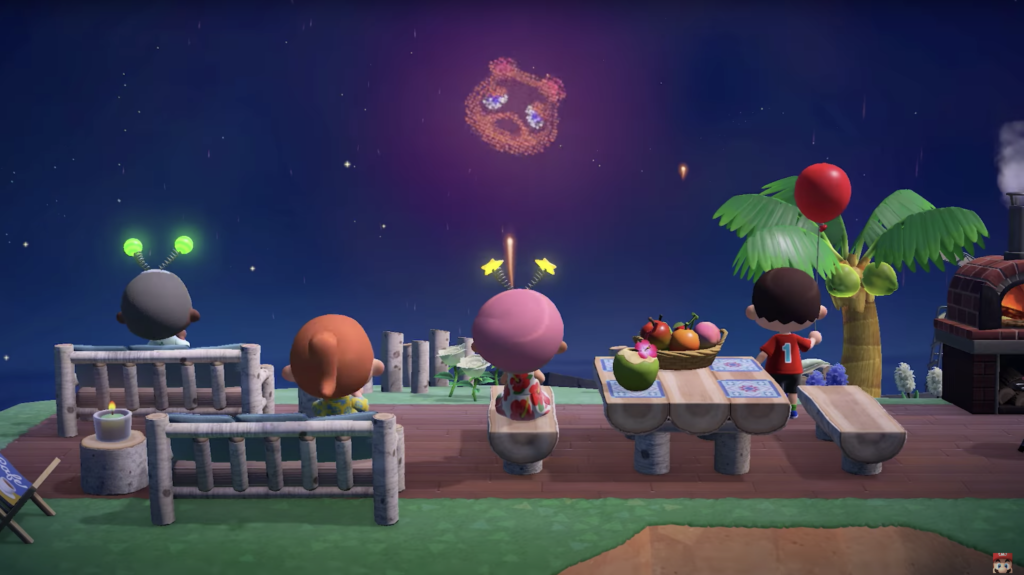 Next up is a feature that made its debut in Animal Crossing New Leaf, the ability to visit others’ towns through “dreams”. In New Leaf this was facilitated by a dedicated shop called the Dream Suite and its keeper Luna, but this time around it looks like you can activate it from any bed in your house. You might be wondering why this is necessary given that the online play in New Horizons is fairly competent, and most people are already playing with friends. The benefit of being able to send your town code out for others to visit is that you don’t have to run the risk of anyone trampling your flowers, stealing items, or causing any other problems while still giving them access to check out your island. Another nice use for this is the ability to share your town’s design in a more interactive way, giving other players the chance to get actual practical inspiration from your hard work by seeing it in-game first hand whenever they want. They don’t go into detail exactly how the sharing function works just yet, but I would imagine it’s not going to be much different from New Leaf. I guess we’ll all know in a couple of days. A Nintendo Switch Online account is required to use this functionality. 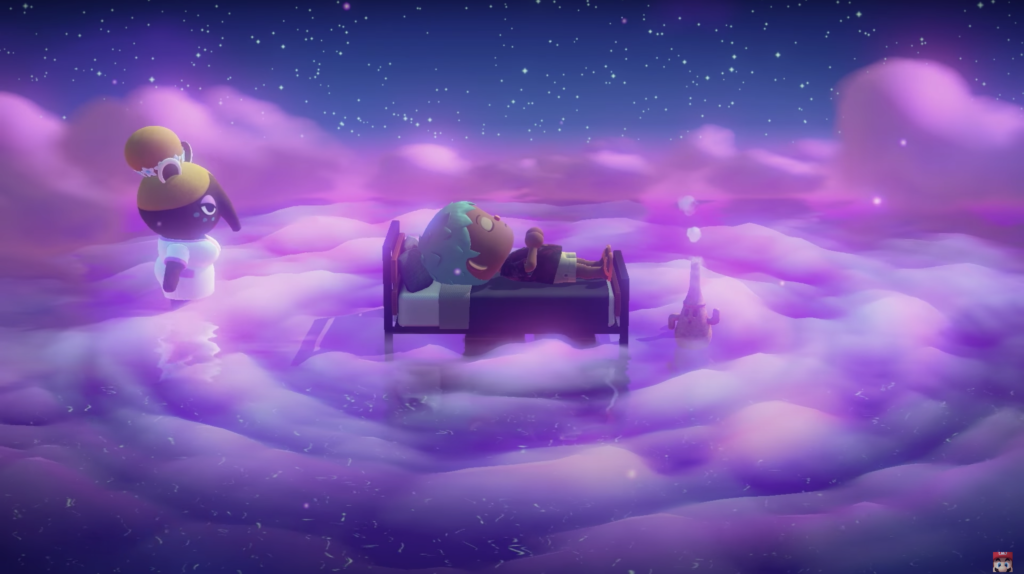 Lastly, the long-awaited ability to backup and restore your town is being added as a function in the game. This has been a long-requested, and confirmed to be coming, feature so it’s great to see it rolling out finally. Mind you that it appears that this only allows you to backup & restore to a specific console, with an announcement in the trailer stating that transfer functionality will be coming later in the year. Either way, it’s excellent to see such an important feature finally making it to the game even if it should have been included from the get-go. 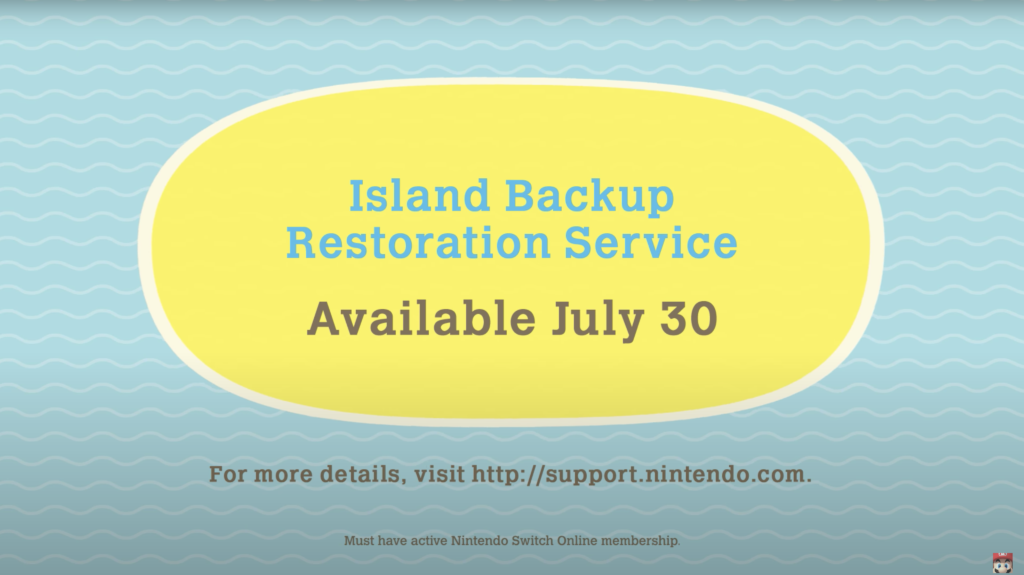 They cap off the announcement trailer by revealing that a fall update is coming next, with no exact timeframe given. They didn’t give any explicit details, but the inclusion of longtime Animal Crossing NPC Jack on-screen would indicate that the end of September/beginning of October is a pretty safe bet. 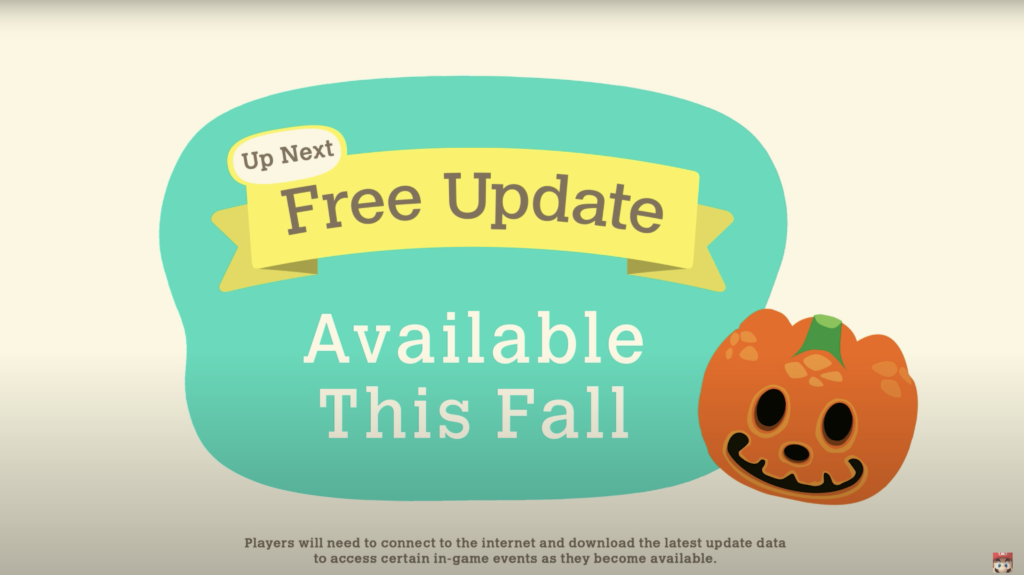