To Paradise!: Everything From Animal Crossing to New Horizons 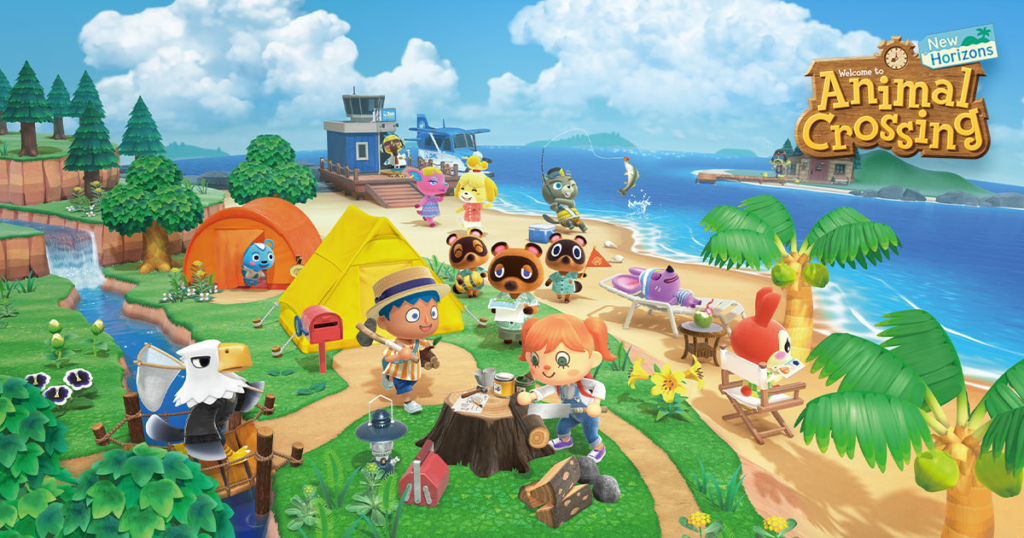 Like millions of other players, I, too, have been swept into the Animal Crossing craze.

Thanks to a little convincing by a few favorite playthroughs, I finally got around to getting a copy of New Horizons for myself. And oh, what a time it’s been.

I’m more than thirty days into perfecting my own island of Pandora’s Box (‘Pandora’ for short) and it boggles the mind how it’s taken this long for me to get into the franchise.

Animal Crossing is a charming franchise made up of games with lives of their own. The animal characters in these games sport distinct looks and five-set personalities, making the city, town, village, etc. life all the more dynamic and unpredictable.

In other words, the comings and goings of these villagers continue even if you yourself aren’t actively playing; as such, they will often comment on what you do… and fail to do.

It’s essentially a chibi animal-skinned life simulator in which you beautify your home and form new friendships.

Considering how relevant Animal Crossing: New Horizons’ escapism is nowadays with a quarantine being in place, it’s fascinating to think about the franchise only comprising five mainline games with New Horizons being the fifth.

In terms of drawing in players regardless of age, gender, and/or learning curve, Animal Crossing is more than capable of standing with the likes of ongoing popular series such as Harvest Moon (now Story of Seasons), Rune Factory, and, I dare say, Pokemon. 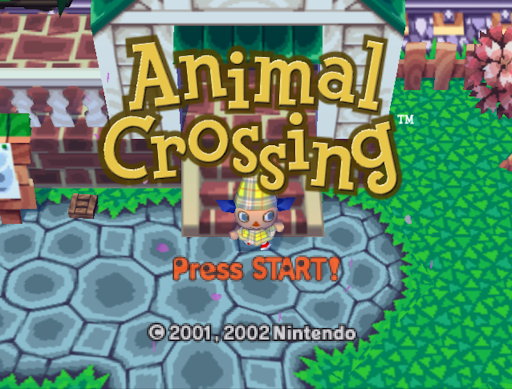 What Is Animal Crossing?

The first Animal Crossing game, an English localization of the original Japanese ‘Animal Forest,’ was released for the Nintendo 64 in 2001 and proved successful enough to be remastered and re-released for the GameCube eight months later during the same year.

I already mentioned some of the basics of Animal Crossing, but part of this game and its successors’ charm is how each of them sets up the player’s relatively domestic journey. The premise of ‘a horned human living their best life and paying off loans with a bunch of anthro-characters’ is rather unique in itself.

In addition, a majority of the collectibles and mechanics implemented for the Nintendo 64 and GameCube continue to have a presence in New Horizons.

The first Animal Crossing opens with the player’s avatar, the villager, meeting mainstay Rover on the train ride to their new home. The friendly red-eyed kitty has been in every mainline game with his most recent cameo being New Horizons’ May Day event, which was made available from 1 to 7 May.

With that said, the way in which the villager responds to Rover’s inquiry determines their gender and fashion sense on top of setting their home-hunting in motion via the former’s connection to businessman and infamous mainstay raccoon/raccoon dog Tom Nook.

New Horizons’ Tom Nook couldn’t be further from the constant ‘Nook the Crook’ slander running rampant on the internet, but that’s neither here nor there.

Yes, the villager may be tasked with paying off their first home payment to Nook in order to really get the game moving, but afterward? They’re more or less free to catch bugs and fish, grow and harvest fruits, pop balloons for items and resources, shop for clothes and furniture, and schmooze with their neighbors as they see fit.

Not to mention finding fossils and parsing through art for Blathers’ museum.

And of course, making their place perfect.

While I haven’t played the original myself, I can still tell it was something special.

Especially with how biting the older villagers used to be, memorable indeed.

The simulator emphasizes character interactions (those of the neighbor-villager variety as well as those with each other) and real-time passage of time, mechanics that plague even the most talented developers these days.

Sure, these mechanics are far from perfect even in New Horizons, but they’re still a joy to experience. Especially when they bear literal fruit.

Speaking of fruit, coconuts to be exact, Animal Crossing was made with the Game Boy Advance in mind. By connecting a Game Boy Advance, the game provided access to a secret tropical island. Did this island inspire New Horizons just a bit? I sure think so.

Four years after Animal Crossing, the second entry in the series, Animal Crossing: Wild World (2005), was released for the Nintendo DS. This game built upon its predecessor’s innovations and offered a higher level of customization all around.

The player could now customize their villager’s appearance without having to consult an NPC like Rover, create clothing designs from scratch via the Able Sisters’ shop, manage trees, and make a constellation or two (which will hopefully return in a future update for New Horizons) by talking to curator Blathers’ sister Celeste.

Three years later, Animal Crossing: City Folk (2008) was released for the Nintendo Wii. This game reduced the total number of villagers one could host from fifteen to eight, but made up for it by introducing a larger thriving city players could travel to for the sake of shopping, styling, and learning ‘expressions’ via a theater called the ‘Marquee.’

City Folk also introduced yet another level of customization by allowing players to make ‘Pro’ designs consisting of separate front, back, and sleeve-parts.

The ‘Pro’ feature will probably ring a few bells should you be the type to dabble on your NookPhone.

Four years later, Animal Crossing: New Leaf (2012) was released for the Nintendo 3DS. This game was truly game-changing for the franchise in that it brought in a new wave of fans with a unique set-up for the villager and implemented even more mechanics.

And I think assistant and fan-favorite Isabelle also had something to do with New Leaf’s resounding success… just a tad.

To put it in meme speech, this game walked so New Horizons could run.

The villager starts out in a tent and has to work their way up to a house while taking on the role of mayor. As mayor, the player has the ability to spearhead larger projects and put laws into place so as to change the way the town operates. And unsurprisingly, the customization options only get better.

New Leaf is the entry that implemented full-on clothing customization, not just shirts, as well as diving/swimming (a second update I hope makes a return for obvious reasons) and wall-placement for items.

In addition, New Leaf added two new animal and personality types to the already large and odd pool of villagers to spice things up. The two animal types were deer (Pandora being home to four of them) and hamsters while the two personalities were fan-favorite ‘smug’ and the more lukewarm ‘Uchi’ (big sister type).

I’m 100% certain New Horizons was so anticipated and lauded upon release because of the whopping eight-year gap between it and New Leaf.

However, it wasn’t as if the franchise’s legacy was simply left to flounder like a sea bass during the said gap. There were a total of three spin-offs released in 2015 and 2017.

The homemaking game Happy Home Designer for the Nintendo 3DS and panned party game Amiibo Festival for Wii U were both released during the latter half of 2015.

Though critics and fans found the former cute enough, the latter was seen as an Amiibo  ‘cash grab’ that was less than user-friendly. Luckily for the franchise, the Pocket Camp mobile game came swooping in with a vengeance (2017).

Pocket Camp is a toned-down version of the mainline games in which the player is put in charge of a campsite rather than a city, town, village, etc. It’s also a great alternative to New Horizons should you not currently own it!

In fact, the new wave of characters added to New Horizons, including one of my favorite starting villagers Dom the ‘jock’ sheep as well as internet-famous Raymond the ‘smug’ cat, were first introduced in Pocket Camp.

Now, New Horizons for the Nintendo Switch takes previous villagers and mechanics and improves them if not perfects them for a one-of-a-kind experience with a paradise of our own making.

The process of building scenery and tools, swapping outfits, as well as tracking catches and donations for the museum is easier now than ever before.

Again, I’m no Animal Crossing expert, so I probably don’t carry the expectations veteran players might; but I agree that quality-of-life changes such as access to bulk buying and the island’s grid view could push this game to even greater heights than it already has. 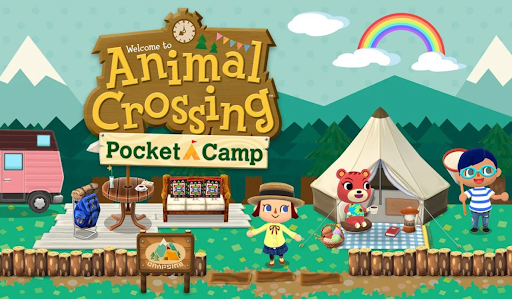 With over four-hundred characters in New Horizons, you’d think that most of them would be from the previous games.

And yes, this is very much true, but as a result of the games being packed with content, many vendors and special visitors were cut in the process. In terms of NPCs who stood the test of time by being in every mainline game up to New Horizons, I mentioned go-to guy Tom Nook, Blathers, and the original two Able Sisters, Sable and Mabel, above.

And of course, there’s the savant of a singer K.K Slider, shifty art-vendor Redd, and less shifty rug-vendor Sahara. And last but not least is seafaring Gulliver! So, be sure to give these guys a little love should you see ‘em.

Should they make a cameo in future updates as Rover did, Kapp’n, Pelly, Pete, Phyllis, Tortimer, and Wendell will join these ranks as well.