Animate Games Might Be What the Visual Novel Industry Needs

Animate is one of Japan’s largest retailers of otaku goods, with stores practically up and down the country. Aside from the obvious things such as keychains and t-shirts, the store also sells more substantial goods such as manga, DVDs and Blu-rays, as well as games.

The retailer already operates an online storefront for ordering physical editions of games, so perhaps the launch of a digital storefront in the form of Animate Games isn’t that much of a leap of faith for them. Still, with the platform set to launch next month, there’s a lot to get excited about.

At the minute, Animate Games’ storefront is catering only to the (mostly) female audience of otome and BL games. Now, I’d be lying if I said that I was an expert in otome and BL, but that doesn’t mean that the market isn’t important. In fact, it’s such an important market that Animate has been opening stores specifically for female-orientated otaku goods in the past couple of years.

I’d also be lying if I said that I was able to immediately identify a ‘killer app’ launching alongside the storefront – I really have no idea what’s popular, but it seems as though Animate is pushing a particular free-to-play game called Circle, so I’d wager it’s that.

Even I, however, can glean something interesting from Circle – the fact that it’s playable on both PC and smartphone. This is really important, given how popular mobile gaming is in Japan and how, from my own personal experience, many young people don’t seem to own PCs or laptops nowadays.

Even so, I’m less interested in smartphone games than I am in traditional visual novels such as Tlicolity Eyes and Allure of MUSK from developer triAngle PROJECT because these titles are coming to digital download for the very first time via Animate Games. 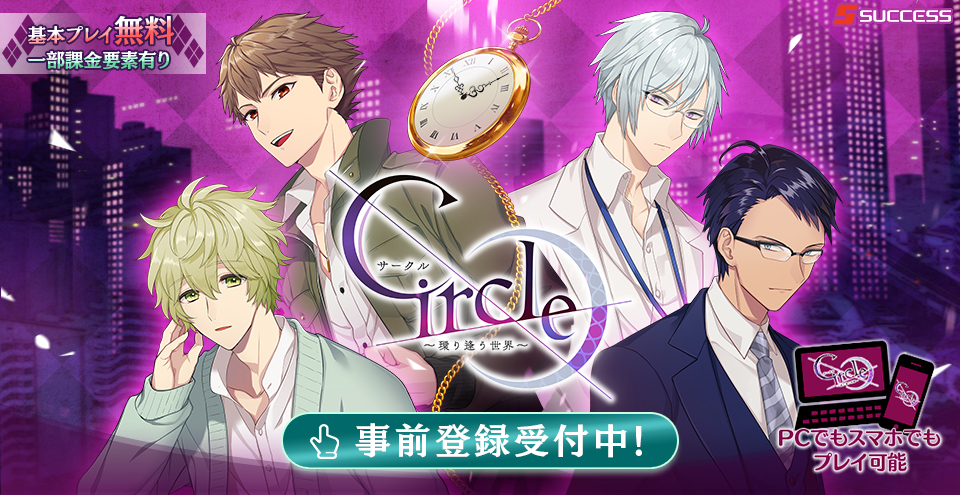 Making titles available for digital download is becoming increasingly essential given how many laptops and PCs these days don’t come with CD drives, and how many people are increasingly moving away from physical media as a result.

It’s also great that Animate Games have stepped in to provide a platform for this in Japan, given that Steam doesn’t exactly seem like the best place to put such titles at the moment. Furthermore, given Animate’s already established brand recognizability and power, I’d wager that this platform is going to be a massive success.

That is, of course, only among the otome and BL game crowd – at least, for the moment it is. With the Animate Games infrastructure in place for such titles, I see no reason why Animate couldn’t start offering male-oriented titles in the near future.

Of course, they’d come up against already existing platforms such as DLsite, but nothing ventured, nothing gained. Right?

The Animate Games storefront will be launching in July of this year.

‘Bokuten’ Removed From Steam 8 Months After Release, “No Notice or Explanation”