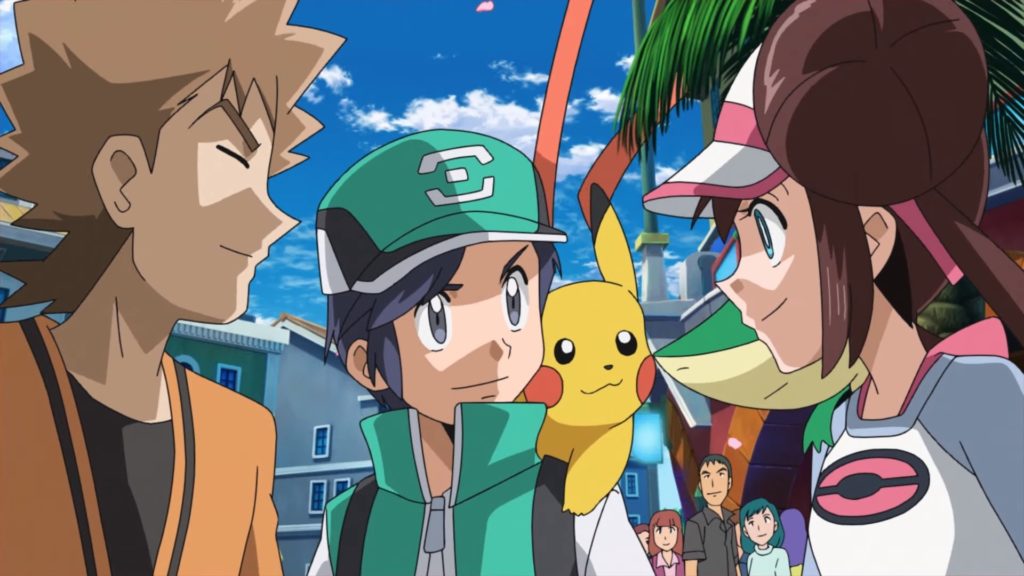 With more details about Pokémon: Sword and Shield on the way, and the announcement of the bizarre Pokémon Sleep, fans didn’t really get much chance to speculate about last month’s announcement of Pokémon Masters. The game was originally conceived by designer Ken Sugimori as a way of bringing together characters from across the franchise.

We now have a better idea of how this game will play, and more importantly, a really cool animated trailer to watch!

The animated trailer was directed by Yuji Asada, designed and key animated by Masaaki Iwane, and produced at OLM Team Kato. Asada has been with the Pokémon franchise as a storyboard artist since it’s debut series and has worked closely with Iwane on various episodes of the anime, including his Mega Evolution Special. OLM Team Kato are the current producers of the Pokémon: Sun and Moon anime.

The game centers around 3 vs 3 battles where you team up with Pokémon legends to tackle steep challenges (aka other Pokémon legends). The battle system appears to be a mix between Pokémon‘s traditional battles and the combat in Pokémon GO, creating a kind of quasi-ATB system. Trainers will also be able to use their own special moves to support their teams.

Each trainer has their own special Pokémon, which together are referred to as a “Sync Pair”. Together, they can perform special moves called “Sync Moves” like the one Brock performs with Onix in the initial reveal trailer in May. These Sync Pairs are based on the Pokemon that these trainers use in their respective games.