Film festivals are changing, and not just as a result of COVID. While COVID has forced festivals around the world online and certainly had an impact on what has been shown, the influence of changing technology on the movies produced is just as influential in the long-term evolution of international animation film festivals like Annecy Film Festival over many decades. 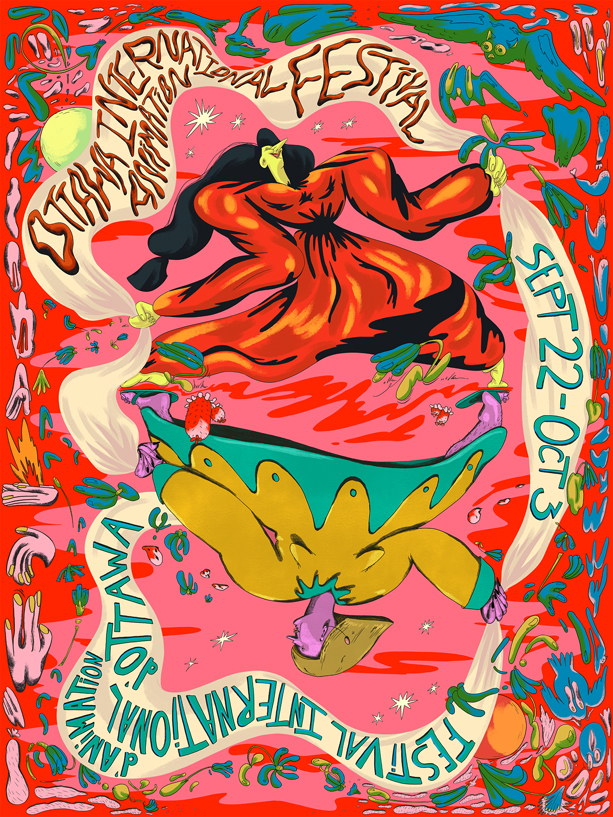 Of the international animation festivals being centered in the discussion (Annecy, Ottawa, and Zagreb), two of these festivals took their programming online in 2020. Zagreb chose to push ahead with a socially distanced in-person event due to lower COVID cases in September when the festival was held compared to Annecy and Ottawa (June and September) where the uncertainty of an ever-changing situation and cases made holding the event online a necessity in the eyes of the festival directors. While fewer attended the festival in Zagreb because of fewer international attendees, Annecy and Ottawa saw an increase in attendees when the move online made the events accessible without traveling to the cities where they were held.

While exact attendee numbers were not disclosed by Annecy, accreditation numbers were and showed an increase from 12300 to 15570. Ottawa did release numbers and their festival saw an increase in attendees from 32718 to 46360. In Zagreb, 12000 people attended in 2020 after 2019 saw 19000 people participate in the event.

For Annecy, the fact that there was an increase in attendees online was a surprise, but it doesn’t mean online-only events are a future for international animation festivals. The benefits of Annecy as a town and rendezvous that brings the industry together are seen by the organizers as too important to shift to a fully online event, even if some online elements may become a future of the festival depending on the success of this year’s event. ‘For us the real essence of the festival having the possibility to meet at the same place so it certainly wouldn’t be a solution long-term to have a festival on a platform. However, we are dealing with the idea of pursuing the experience of having a compliment to the on-site experience on the web,’ explained Jean.

Ottawa, which takes place in September, compared to Annecy which takes place in June, made their decision to move online as they determined the need to be online or hybrid was inevitable as a result of COVID. While they weren’t enthusiastic at the prospect, they at least had additional time to research platforms to host the festival compared to Annecy, and were surprised at how intimate and engaging an event held behind computer screens could be. This year, online was embraced, although the hope is that some in-person events may be possible depending on Canada’s response to COVID.

For Zagreb, they differed from the consensus with the decision to host the event in person. While they couldn’t judge the other events for moving online, they felt it was possible to remain offline thanks to the support of the council in the area and by being a smaller event. The restrictions certainly impacted the event as they could only fit 225-250 in a 1000 person cinema during the event because of COVID, while 3% of the overall budget was spent just on disinfection. Ticket revenue also dropped by 25% because of having only 20-25% of the normal number of foreign attendees. Still, even with VR and feature competitions not running, the fact some filmmakers were able to attend made for an enjoyable event, and one they hope to replicate in 2021.

How does this compare to Japanese festivals? The Japan Media Arts Festival, the group which organized this panel, discussed their fortunes with COVID-era festivities, comparing their 2019 event to the 2020 event. The 2019 event took place from 1 to 16 June, with the 2020 event moving to 19-27 September, with an online exhibition of films until 31 October. Although the Japan Media Arts Festival isn’t solely limited to animation, even if it has a large animation and manga section, this is another event that increased attendance in 2020. Interestingly, they also had a higher number of animation entries, from 458 to 543. 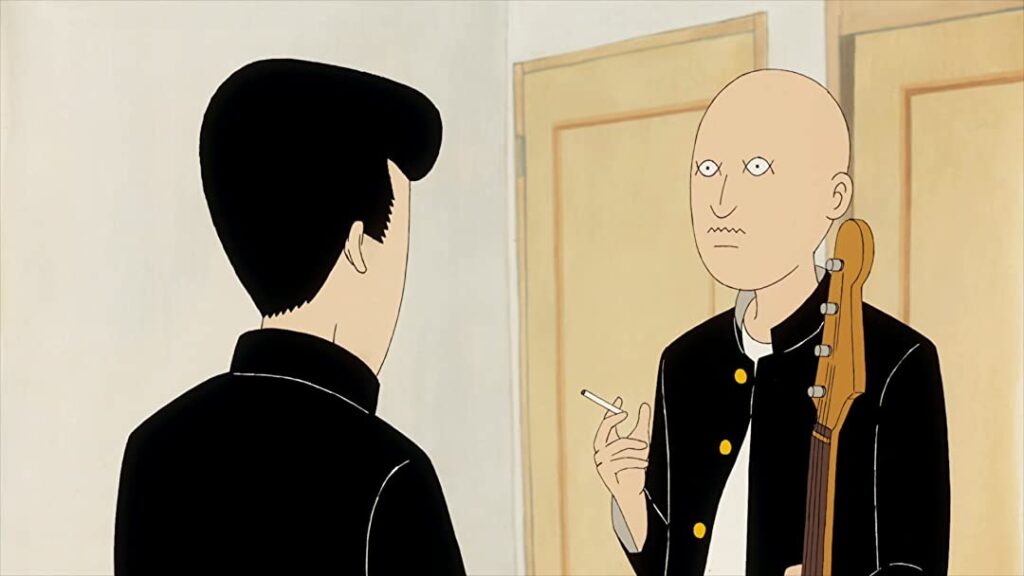 The discussion then moved from COVID to how the various festivals embrace new animation styles and technology, such as VR. One example brought up when discussing new animation styles is On-Gaku: Our Sound, since its reliance on live-action to the extent that it does differs even from other rotoscoped animated films, and the question centered on how these films are approached and how VR is important to the future of animation and festivals. It should be noted that the Japan Media Arts Festival held a separate talk discussing VR.

Both the Japan Media Arts Festival and Ottawa recognized On-Gaku: Our Sound with awards at their events, and each of the festivals noted the necessity of needing to recognize technological changes to remain relevant at the front of the animation industry. Ottawa has recognized VR and, at the start of the 21st century, had an internet animation category before it was understood that the category was less relevant as more short films were made available online. ‘Even features at one point weren’t a part of the competition when there wasn’t enough non-Disney, but that’s changed,’ noted Robinson. Festivals are constantly evolving to recognize work from around the world, and VR is just a part of this.

This was a similar view for Annecy, although both festivals were doubting whether VR could become a long-term inclusion without the commercial model that could ensure stability and continued funding of VR productions, and in turn their appearance at international animation festivals. They recognized the evolution of technology is necessary for a film festival, and it’s why priorities need to change. Films like AC-bu’s Sugarfoot would be right at home in an internet animation category like the festival had two decades ago, but is that necessary today when most of the short animated films on display at some point make their way online or make their debut through places like YouTube?

Bringing in Koji Yamamura, director of the Hiroshima Festival Media Arts Division, their view on technology’s influence centered on how animation can bring people together. ‘After 36 years of Hiroshima being a festival, it is coming to an end, but the event will be reborn in 2022,’ they explained.

With the animation festival circuit heavily influenced by European and Western animation, the aim for this is to increase a focus on Japanese and Asian animation through holding categories specifically designed to recognize pan-Pacific animation. Similarly, one of the key tenants of the event is to bring out the festival aspect of the name and consider how music can bring out the emotions of animation by looking to hold events where animation can be set to live music while expanding the door beyond the medium as well. There’s also the hope of having themed categories for animation centered on things like LGBTQ issues, while they hope to introduce awards that recognize the work of animation staff beyond the director’s chair that are often overlooked.

Ultimately, this new idea event encompasses what each of the events wishes to capture in a post-COVID world: festivals need to justify their place in person. ‘People can watch films anywhere,’ noted Jean. ‘I watched 300 films at home last year alongside hundreds of shorts. Watching films is not a problem. It should not be the purpose of a festival to go and only watch films. The aim is to watch in a context where filmmakers, producers, people from the community are there and have the chance to sit at the same table, to brainstorm and discuss.’

Festivals can evolve, with video games a key aspect of this. Alongside Tribeca Film Festival’s recent arming showcase, several animation festivals in places like Switzerland have also made a point of showcasing games as another medium for storytelling. Each of the directors agrees that showcases like this and the benefits that come from meeting in person, whether that be sharing ideas or sharing drinks, makes being in person necessary for the industry to continue to evolve. This was particularly important for Šuljić. ‘I’m a filmmaker as well, and the best reward as a filmmaker is to go to a festival and meet people.’

Collaboration between festivals (through ongoing collaborations like the Short Film Conference and Human Rights Film Network and more) and between filmmakers needs to be at the center of any technological or physical change to the festivals. The foundation, whether in Hiroshima or Annecy, is to provide a community and to push the development of talent by highlighting new work and underrepresented regions that prove the value of the curation offered by international animation festivals. As we enter a post-COVID world, this will be the biggest driver of change, not the pandemic.