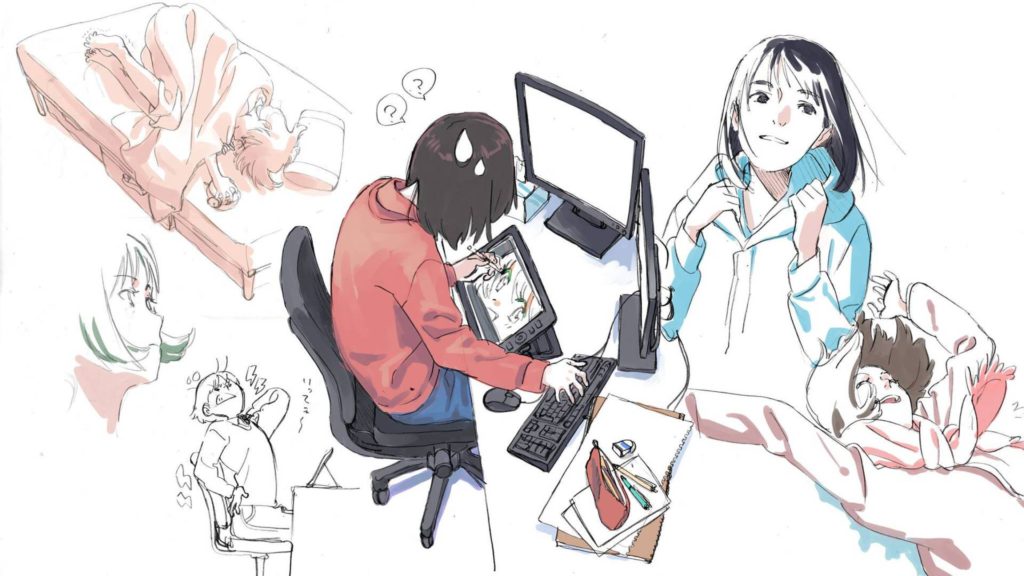 Last year, anime fans from around the world banded together to donate a stunning amount of money to the 2017 Animator Dormitory project, an initiative started in 2015 by the Japan-based non-profit organization Animator Supporters. Due to fan generosity, the group was able to officially begin their expansion into a total of four dormitories, with that blessed fourth building scheduled for opening in March of this year. Just next month, Animator Supporters will be housing an additional two women from the Japanese anime industry, for a grand total of eleven animators housed so far!

This year the funds that the group is collecting from their crowdfunding efforts are to ensure that the four properties can remain open for the length of 2018. They have already achieved some stunning numbers from their Japanese supporters.

Within the anime industry, the topic of animator’s salaries has caught quite a lot of people’s attention. Jun Sugawara, the NPO’s founder, has outlined three of the most troubling points about the standards of living for animators in the industry:

The organization thus far operates three different dormitories in Tokyo’s Suginami ward, which is famous for being the headquarters of a huge number of anime studios in Japan. With the opening of that fourth dormitory next month, fans who have donated to this cause have directly influenced the anime industry by making the lives of eleven animator’s just that much better. The creatives are able to circumnavigate Tokyo’s often ludicrous rent prices, all while housing themselves in a proper learning environment. Animator Supporters only plan to expand on this positive trend and are hoping that their efforts inspire even more positive change in the industry.

You can find this year’s Japanese campaign page right here on ReadyFor, a Japanese crowdfunding and generosity platform. This is an all-or-nothing campaign, so if they do not raise the required amount of 2,000,000 by May 2, then they won’t be receiving any of the cash. Every bit helps! The group has also made a point of running separate campaigns in English on other platforms, so you can bet that we’ll be bringing you the news right away when the NPO decides on a strategy and platform for their primarily English-speaking supporters too!

You Can Help Make an Animator’s Life Easier