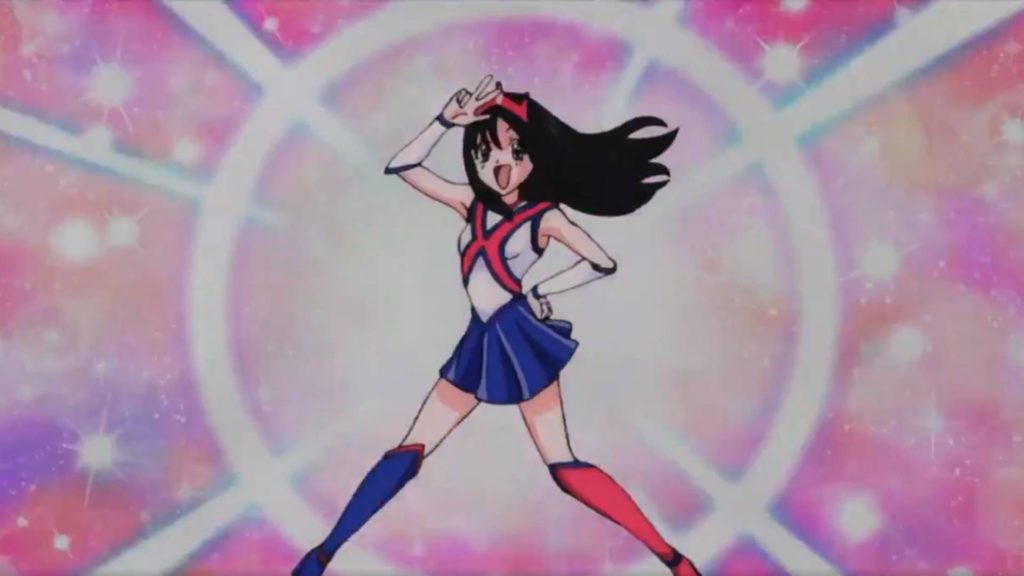 Have you ever found yourself enjoying any manner of those “Identify the anime something or other” videos online? How many anime OP sequences, songs, clips, and characters can you correctly identify? Are you ready to put your eye for animation to the test once more? How about identifying all of the iconic styles from both Japanese and Western animation in Animax Channel’s newest TV commercial?

There are a few good-sized chunks of instantly-recognizable styles that even the most casual of viewers are sure to catch. On the anime side of things, as soon as our friend Max is snatched away by the dragon, we can see the heroine snap into a signature JoJo pose, complete with thick lines on her clothing. She immediately turns into a starry-eyed bishoujo, and transforms in a sequence that anyone who ever watched morning-time cartoons can recognize as being straight out of a Sailor Moon episode. As she takes flight, is that a Powerpuff Girls homage I see? The Western animation nods continue with some classic Disney styling and even a split-second Moomins reference. The commercial finishes off strong with a classic Gundam battle sequence, and an ending that is sure to make even Makoto Shinkai proud with that signature your name. sunlight in the background.

In Japan, the Animax Channel is undisputedly the largest, most-watched piece of the airwaves dedicated to animation of all kinds. It boasts 24-hour programming, and has subsidiary channels in many countries across Asia, Europe, and Latin America. In addition to Japanese anime, the channel has broadcast animated shows from around the globe, and takes care of dubbing into Japanese language in-house. This kind of commercial perfectly captures the legacy of Animax, and what it has meant to fans of animation since its inception in 1998.

Of course, I only scratched the surface with some of the most easily-recognizable styles in the video. There are at least 20 references or so — what other styles were you able to recognize?