Crowdfunded Anime Projects are on the Rise in a Big Way 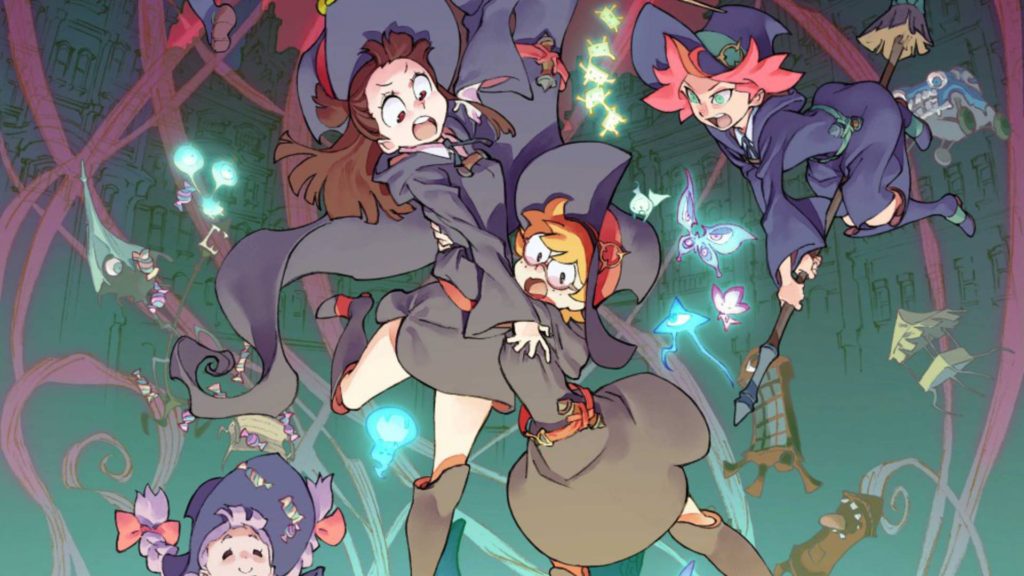 We live in a time where anime in absolute abundance, no matter how you look at it. Some would even go as far as to suggest that there might be a little too much produced each season, resulting in the current situation where there’s a whole lot of eager workers, but not enough money to go around in the industry. This could even go on to be the cause of issues such as underpaid employees, or similar issues that the industry is currently facing.

If the industry can foster and grow under a different set of financial circumstances, however, perhaps some positive change can be set into motion. One such alternative method to approaching the situation has been the utilization of crowdfunding over recent years. Circumnavigating the traditional processes of acquiring funding, we’re seeing a rise in unconventional content that may have never passed through the industry funding, but is so desperately wanted by fans. So with the process getting more and more popular, let’s take a look at a handful of crowdfunding’s many success stories, shall we?

The most recent example of an anime project funded by the fans is a spinoff OVA series to 2012’s Little Busters anime. Among fans of the original visual novel, Noumi Kudryavka’s character route has prevailed as being particularly popular, and this project aims to give her some properly-animated closure.

Currently, the project is a little more than halfway-funded on Campfire, one of Japan’s many crowdfunding platforms. J.C. Staff will handle the animation, and if the project can smash its crowdfunding goal in a sizable way, then the 20 minute OVA may even turn into a full theatrical ordeal.

“Great! How can I donate?” you may be asking yourself now, well, unfortunatley this project is not yet accepting support from backers outside of Japan. According to the Campfire page however, a separate crowdfunding campaign may take place, perhaps on Kickstarter. So keep your eyes peeled – we’ll be the first to let you know!

or Twilight as it may be translated for an audience outside of Japan, is another anime success story that was born from Japanese crowdfunding site Campfire. As far as the details go, this project has been super ambiguous thus far, being successfully funded perhaps on the merits of the director’s name alone – Yutaka Yamamoto. He’s probably best known for his directorial work on a handful of really successful anime, like 2006’s The Melancholy of Haruhi Suzumiya and 2014’s Wake Up, Girls!, but also for being outspokenly critical of the industry at large and even his peers. Check out the trailer for his new film, which has been successfully funded to the tune of slightly more than 21 million yen.

This was all without the help of overseas backers, and it will be fascinating to see how this conclusion to Yamamoto’s “Tohoku Trilogy” will play out.

has prevailed as quite an interesting production – it’s a bit more popular with audiences outside of Japan than it is within Studio Trigger’s home turf, but the same can be said for almost all of their releases, not that they mind. A successful Kickstarter campaign in 2015 gave birth to the Enchabted Parade film, which perhaps paved the way for the recent 2nd series of the anime currently on Netflix globally. It was fully-funded in little under 5 hours, which proves just how eager fans overseas are to help out their favorite creators.

Now this is likely the pinnacle of western anime crowdfunding. The Kickstarter campaign for Under the Dog smashed its goal of $580,000 USD to go on to become one of the most anticipated crowdfunded anime in recent memory. It is the brainchild of studio Kinema Citrus, Creatove Intelligence Arts, and later the newly-founded Mentat Studios, whose mission is to support the work of Japanese and international anime artists globally. Check out the promising footage below.

It was produced under the direction of Masahiro Ando, a man of no small fame for Sword of the Stranger and Hanasaku Iroha. Under the Dog is a Kickstarter-first project which carried loads of hype behind it.

There were a few bumps along the way, as Kinema Citrus and Creative Intelligence Arts disagreed on their visions for the project after the funding was successfully met, resulting in Creative Intelligence Arts leaving the project altogether.. In order to get through this rocky period in development, Mentat Studios were formed to handle the publicity side of things while the animators at Kinema Citrus focused on their work. The project persevered however, and Under the Dog was delivered to, get this, the Kickstarter backers exclusively. There is currently no other legal alternative for viewing this work!

In this Corner of the World

In this Corner of the World

may just be the biggest success story for this trend yet. Attaining a goal of more than $290,000, this film directed by previous Studio Ghibli veteran Sunao Katabuchi released to wild fanfare in Japan in late 2016. A co-production between studios Genco and Mappa, it tells the story of Suzu Urano, who is forced to live through the United States’ bombing of her home city of Hiroshima during World War II. The concept clearly struck a chord with potential audiences in Japan, as this project was only made possible through the crowdfunding efforts of the animation-loving public there. Crowdfunding site Makuake played host to the campaign, and was only available domestically within Japan.

With the animation industry so constantly on the look out for new ways to develop and grow, we as consumers are constantly left on the edges of our seats to see what happens next. Perhaps for the first time ever, we’re offered a new way to give directly too the creatives who make the series’ we love a reality, and to me that’s something extremely special. What the next big trend following crowdfunded anime will be remains to be seen, but it’s definitely a promising future that I’m more than excited about.