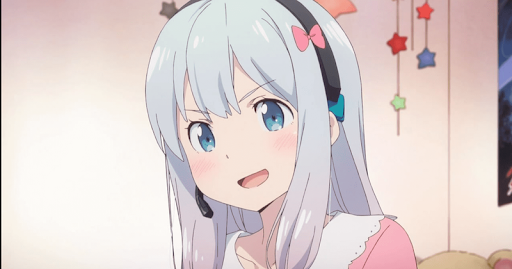 Sometimes, it’s nice to just watch something mindless. In the midst of the strange time we’re currently living in, diving into a series that’s just plain funny is the perfect remedy for the real world. Eromanga Sensei has humor in droves, and it’s the kind that errs on the side of being NSFW. (This also makes it perfect fodder for internet memes, as I’m sure many are aware.)

Masamune Izumi is a regular high school guy who likes writing light novels but sucks at art. Outsourcing his illustrations to an anonymous artist known as ‘Eromanga Sensei’, this mysterious figure is reliable, but known for drawing extremely perverted content.

That discovery is when things get interesting. 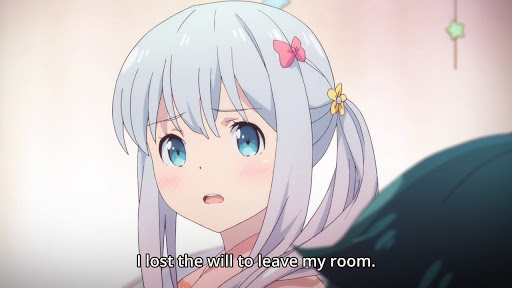 Despite the ridiculous and risque premise, the show has amassed a huge fan following both in Japan and abroad, with many easily relating to Sagiri and her penchant for staying in her room on the internet for months on end. The amount of merch released for the series has been staggering so far, and western fans have been clamoring to get their hands on what they can.

Whether that’s positive or not, well, it’s best just to enjoy the ride.

The Characters of Eromanga Sensei

The Jump from Light Novel Series to Manga

Eromanga Sensei began as a light novel series itself in 2013, and 12 volumes have been released so far. The series is still ongoing, and I’m still hoping for a light novel release in the west. Having read a few, they are even more hilarious than you’d expect.

Tsukasa Fushimi, the author of Eromanga Sensei, found fame in 2008 with the massively popular Oreimo franchise, which received both manga and anime adaptations. 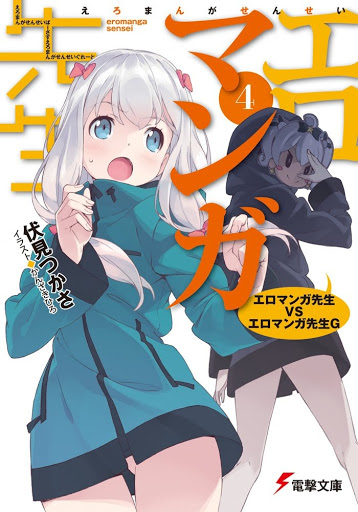 A manga adaptation of Eromanga Sensei began in 2014 in Dengeki Daioh magazine, alongside such major hits as A Certain Scientific Railgun and Toradora! It is still ongoing, and nine volumes have been compiled so far, with three currently available in English.

In 2018, a spin-off series focusing on Elf Yamada began, also in Dengeki Daioh. Hopefully, it will also see an English release in the future.

The Anime Series: Will There be a Season 2?

A twelve-episode anime adaptation aired in Japan in 2017, with two OVA episodes releasing in early 2019. Both the series and OVA episodes were directed by Ryohei Takeshita, who has worked as an episode director for To Love-Ru. He’s also done key animation for dozens of series, from Monthly Girls’ Nozaki-Kun to Nyaruko: Crawling with Love!

While there has been plenty of gossip surrounding a possible season 2, nothing concrete has been established just yet. While Eromanga Sensei has proven to be extremely popular, the first season had poor ratings. However, with the manga and light novel series ongoing and plenty of hype around the characters, it still seems like season 2 is a possibility. Let’s pray for a green light in the near future.

Currently, the Eromanga Sensei anime series is available to stream on Crunchyroll and Amazon Prime Video. The OVA isn’t currently streaming, though I would expect that to change with so much hype around the series.

While the light novel series has never been brought to the west, the manga is available. The series has been licensed in the US by Dark Horse Comics and is available to buy on Amazon and from your local bookseller.