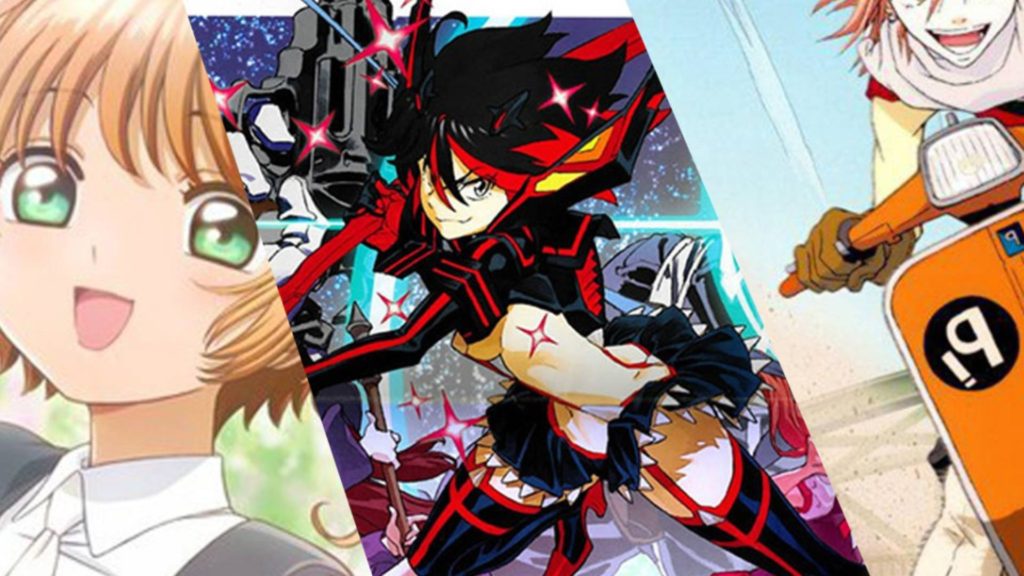 We’re just over two weeks out from Anime Expo 2017, and we couldn’t be more excited. We’ve been kept on edge for months now leading up to the grand event, being fed only snippets of information regarding guests and panels. This all changed recently, however, as the floodgates were finally opened to the general public — and boy is there a whole lot to go through. Chances are, if you’re anything like me, you’ll be attending the convention for the entire four-day duration. So if that’s the case, you’re probably furiously trying to figure out what is worth checking out, especially during a short period of time. Lucky for you, it’s kinda my job to do that.

Conventions are hard, and planning your schedule around personal and friend interests is even harder. So today we’re going to break down the things that we’re most excited for at Anime Expo in the hopes it’ll alleviate a little bit of the convention-related stress. So without further ado, let’s take a look at what we’re most excited for at this year’s convention (in no particular order): Does this really need any explanation? In March of 2016 it was announced via Toonami’s official Facebook page that we’d be seeing a second and third season of FLCL co-produced by them an Production I.G. respectively. It’s been mostly silence since then, with little word other than an official synopsis and a late 2017/early 2018 release timeframe. If you’re a fan of the FLCL series, this is most definitely not something you’re going to want to miss. We’ve included the official synopsis below, just incase you needed a kicker to get excited again:

In the new season of FLCL, many years have passed since Naota and Haruhara Haruko shared their adventure together. Meanwhile, the war between the two entities known as Medical Mechanica and Fraternity rages across the galaxy. Enter Hidomi, a young teenaged girl who believes there is nothing amazing to expect from her average life, until one day when a new teacher named Haruko arrives at her school. Soon enough, Medical Mechanica is attacking her town and Hidomi discovers a secret within her that could save everyone, a secret that only Haruko can unlock.

But why did Haruko return to Earth? What happened to her Rickenbacker 4001 she left with Naota? And where did the human-type robot ‘Canti’ go?

The official panel description also states that we’ll get our first look at some form of trailer, giveaways, as well as production announcements. If you’re interested in checking it out, the panel will be taking place in ‘Live Programming 2’ at the JW Marriott. Further information can be found on the official website, here. Following the recent announcement made by the Studio TRIGGER regarding ‘Inferno Cop 2‘ at AnimeNEXT, we’ve got extremely high hopes for the teams Anime Expo panel. The Los-Angeles-based convention has always been a major hub for the studio, with films such as ‘Little Witch Academia 2’ making their world debut at Anime Expo. The panel is slated to be operating for an hour and a half, meaning that there’s bound to be a whole lot of exclusive content crammed in. It’s definitely not something you’ll want to miss.

If you’re not familiar with Studio TRIGGER, they’re the creative geniuses behind beloved series’ such as ‘Kill la Kill’, ‘Little Witch Academia’, ‘Kiznaiver’, Inferno Cop, and a plethora of other entries. The team is mostly comprised of former GAINAX employees, with each of them bringing their own level of creativity to the table. If you’re attending the aforementioned FLCL panel, getting to this one won’t be a problem. It takes place just 30-minutes later, inside the same hall, ‘Live Programming 2’. Further information can be found on the official website, here. Unless you’ve been sleeping under a rock for the past few months, you should know how excited we all are for the world premiere of ‘Cardcaptor Sakura: Clear Card Prologue’— and you should be too. It’s the continuation of one of the anime industries most iconic magical girl series, and the team at Kodansha Comics are teaming up with Anime Expo to make sure we all get to see it first.

On top of the opportunity to be the first people in the world to see the prologue OVA, you’ll also get the unique opportunity to partake in a Q&A session with the anime producer. There will also be exclusive giveaways done at the event; it’s truly not something that you’ll want to miss. If you’re interested in checking this out, you’ll want to head over to ‘LACC Main Events Hall B’ early. Further information can be found on the official website, here. These next two are for my fellow late-night party fans, and boy are they something to get excited about. If you’ve ever actually enjoyed yourself at an anime convention rave, chances are the team at Attack the Music were behind it. They’re a multi-talented group of individuals who have helped pioneer meaningful relations between the Japanese music scene and conventions all across North America. During Anime Expo 2017, they’ll be operating their first ever North American label showcase, featuring some of their best international and domestic talent for a non-stop night of fun.

You can expect to see artists such as Ujico*/Snail’s House, K03, Voia, Mitomoro, and so many more taking to the stage for what’s bound to be an unmissable event. From 8:00pm until 10:00pm anyone with a badge over the age of 16 will be able to enter, and then from 10:00pm onwards it’ll be switching to an 18+ event. It’ll be taking place at ‘AXDance 150+151’ in the Los Angeles Convention Center, and chances are you’ll want to be there early. Further information can be found on the official website, here. I know it’s kinda cheesy to pull a “I saved the best for last” in 2017, but well, I simply couldn’t help it. There’s so much to be excited about leading up to Anime Expo’s flagship ‘Neon District’ event that I have to take a moment to collect my thoughts. Let me paint a picture for you really quick; you’re nearing the end of the convention, and things have been busy — really busy. You’re looking for a way to unwind, when suddenly you hear the thumping sounds of some of the best-known Japanese club sounds in the distance. You head over to ‘Main Events Hall B’, and there’s an entire room full of people who are finding themselves lost in the eclectic sounds that have defined Tokyo’s underground music scene for years. This is Neon District, or at least what it’s painting itself to be.

I could wax poetry for hours about how excited I am for this lineup, but I’ll let you do that yourself. Headlining the event are a wide-roster of talented individuals, including Taku Takahashi, Ram Rider, Teddyloid, Pa’s Lam System, and so many others. It’s going to undoubtedly be a massive night for everyone involved, and we can’t wait to experience it ourselves.  Further information can be found on the official website, here.

What are you looking forward to at Anime Expo 2017? There’s so much more set to be going on, but these are definitely our essential five. If you want to check out other news we’ve compiled about the convention, be sure to check our archives, here.