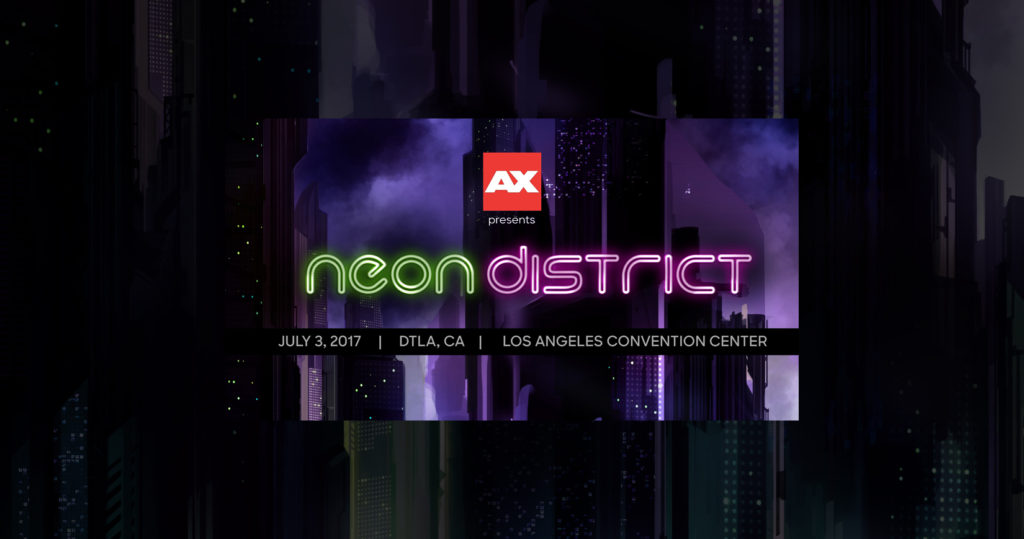 With North America’s largest Japanese pop culture convention, Anime Expo, just around the corner, we’re finally getting our first look at what to expect from the 2017 event. Just a few short days ago, it was announced via social media that joining Anime Expo 2017 would be a new late-night event dubbed ‘Neon District’ that would take place in the conventions main halls. Set to be an 18+ event that aims to combine both electronic dance culture and anime culture into one all-out package, the event’s official line-up went live in part tonight.

Being the first event of this scale being hosted at Anime Expo, it was clear that Neon District was going to be launched with a bang. And if this first wave of announcements is anything to go by, a bang it will be. Though, what would you expect with industry veterens Attack the Music helming the event. On July 3, convention attendees will have the unique opportunity to see Japanese main-stage acts Taku Takahashi, Teddyloid, and Pa’s Lam System in Los Angeles, with more acts to be announced soon. Taking place between 8pm until 2am, the event offers an eclectic lineup and gives fans the unique opportunity to experience the real underground music scene from here in Tokyo.

You can check out full event details below:

It’s important to remember that you’ll need an Anime Expo badge valid on the day of the event to attend, as well as an event ticket. If you’re interested in checking out further information about the event, you can do so via the official Anime Expo website, here. We’ll be sure to keep you up to date as further information gets announced!