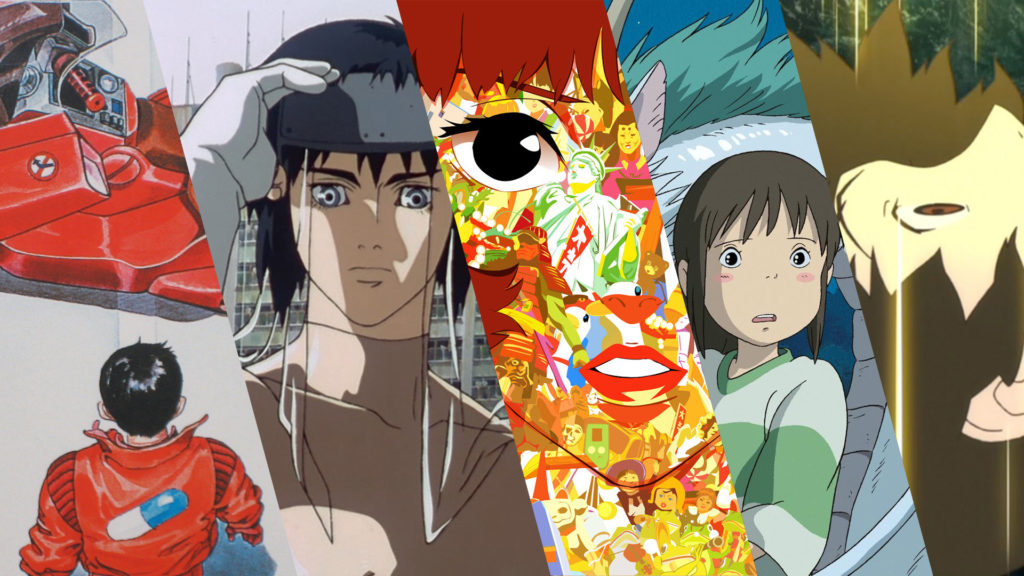 With the North American screenings of Makoto Shinkai’s 2016 animated film ‘your name.’ coming to an end, the big question on everyone’s mind is what comes next? I’d be lying if I said there’s any definitive answer for the future, after all, success stories like Shinkai’s only come once in a blue moon. But looking to the past, we’re presented with a list of incredible films that helped shape the anime industry, as well as how it was viewed in the west. These were the films that bridged cultural understandings between Japan and the West, and paved the way for films like ‘your name.’ to find such global success.

Spanning almost 20 years, we went through and sorted through some of our most treasured animated films of all time. Most of these are absolute essentials for any fan of Japanese animation, largely due to the crucial role they played in the industry at the time of their release and onwards. You may or may not be familiar with a lot of these, but it’s important that you’re made aware of their existence none-the-less. These are our five animated films that you need to watch before this year ends. Of all the films on this list, Katsuhiro Otomo’s 1988 animated-spectacular Akira has to be the most important. In a time before Japan’s animation prowess was truly appreciated globally, Akira took the helm and displayed just what the island nation was capable of. Set in a post-war 2019, the film follows Kaneda and his bike gang as they fight to survive the corrupt over world of Neo Tokyo. Almost 30 years later, the film still contains one of the most intense soundtracks of all time, paired with some of the greatest animation to date. Akira is more than just an animated film, it is a milestone achievement in Japanese history.

In 1988 the Japanese government drops an atomic bomb on Tokyo after ESP experiments on children go awry. In 2019, 31 years after the nuking of the city, Kaneda, a bike gang leader, tries to save his friend Tetsuo from a secret government project. He battles anti-government activists, greedy politicians, irresponsible scientists and a powerful military leader until Tetsuo’s supernatural powers suddenly manifest. A final battle is fought in Tokyo Olympiad exposing the experiment’s secrets. Now here’s a name you’ve probably heard recently; Ghost in the Shell is an animated film that sets itself apart from everything else. Often seen as one of the earliest animated films to earn itself a cult-following in the West, Ghost in the Shell is still to this day an essential watch. To start with, the film creates it’s atmosphere by offering viewers a gripping soundtrack that is filled with rich melodies and traditional Japanese tones. It then throws in it’s intricate themes and comprehensive animation style, earning itself a place as one of the all-time greats. Now more than ever it’s important to promote the original film, especially with the latest live action film being met with not so great reviews.

In this Japanese animation, cyborg federal agent Maj. Motoko Kusanagi trails “The Puppet Master”, who illegally hacks into the computerized minds of cyborg-human hybrids. Her pursuit of a man who can modify the identity of strangers leaves Motoko pondering her own makeup and what life might be like if she had more human traits. With her partner, she corners the hacker, but her curiosity about her identity sends the case in an unforeseen direction. We all knew this was coming, it was just a matter of when. Hayao Miyazaki’s 2001 Spirited Away was to the early 2000’s what ‘your name.’ is to the current day. It was a global phenomenon; unrivaled in it’s domestic success, even to date it remains the highest grossing film of all time in Japan. But what is it that makes this film so popular? Director Hayao Miyazaki has never been anything short of renowned for his works, but of everything he’s released, Spirited Away has always been his most intimate. Each and every detail is a love letter to a childhood fantasy, from it’s rich soundtrack to it’s warm animation, Spirited Away offers it’s whole as one of anime’s most curious adventures of all time.

In this animated feature by noted Japanese director Hayao Miyazaki, 10-year-old Chihiro and her parents stumble upon a seemingly abandoned amusement park. After her mother and father are turned into giant pigs, Chihiro meets the mysterious Haku, who explains that the park is a resort for supernatural beings who need a break from their time spent in the earthly realm, and that she must work there to free herself and her parents. If there’s anything you should know before watching The Girl Who Leapt Through Time, it’s that by the time you’re finished you’ll be longing for a distant past. If you’re at all familiar with Mamoru Hosoda’s other works such as The Boy and the Beast, Summer Wars, or Wolf Children, you’ll know that the imagery he creates are in many ways unrivaled. Both stylistically and thoughtfully, Mamoru gives each of his works a unique appeal that can not be found elsewhere. It features his widely-appreciated art style that really helps set it apart from the competition.

Makoto Konno is in her last year of high school, but is having a hard time deciding what to do with her future. In between enduring the pressure of her teachers and killing time with her best friends, Makoto’s life suddenly changes when she accidentally discovers that she is capable of literally leaping through time. However, she soon learns the hard way that every choice has a consequence, and time is a lot more complicated than it may seem. On the surface, the late Satoshi Kon’s 2006 Paprika is a whimsical animated classic that invites viewers on a vibrant adventure into the dreams of it’s characters; dig a little deeper however, and you’ll find a hard-pressing critique on modern society and it’s progression. Going above and beyond traditional animation, Paprika steps outside the boundaries exploring new possibilities and utilizing them to their full potential. It was the final gift Satoshi Kon graced this world with, and it’s existence acts as testimony for the creative genius that he was.

Dr. Atsuko Chiba works as a scientist by day and, under the code name “Paprika,” is a dream detective at night. Atsuko and her colleagues are working on a device called the DC Mini, which is intended to help psychiatric patients, but in the wrong hands it could destroy people’s minds. When a prototype is stolen, Atsuko/Paprika springs into action to recover it before damage is done.