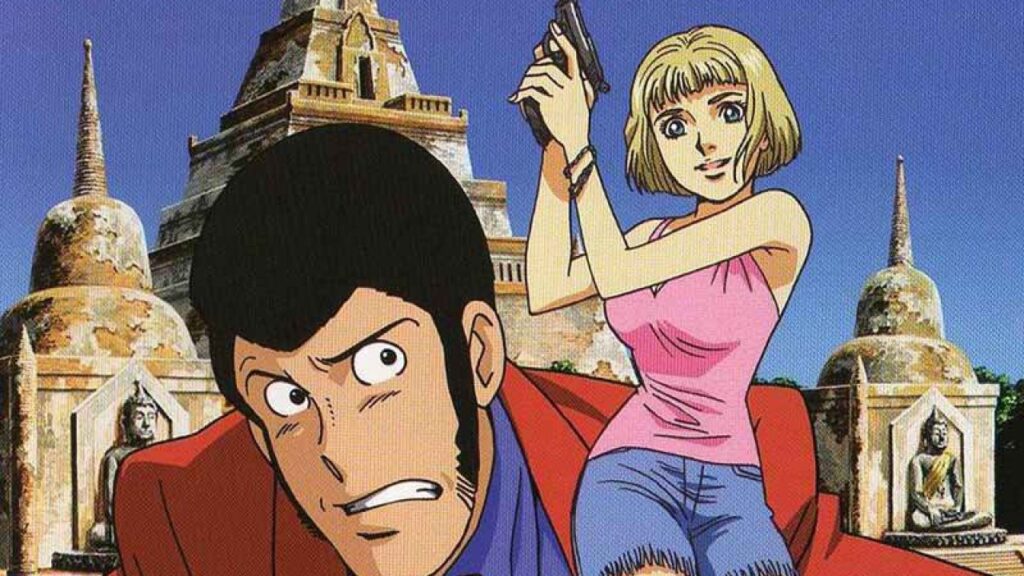 If you ask an American anime fan in their 30s, 40s, or even 50s about their early experiences with anime, they’ll probably tell you war stories about renting VHS tapes from specialty video stores, swapping bootleg recordings with other otaku, and maybe even visiting early conventions. You might even hear about their experiences with early, classic anime like Speed Racer, Gundam, maybe even Mazinger. Anyone would tell you that anime and Japanese culture is more popular in America than it ever has been, but there is a Western country where anime fixed itself in the culture way before the first Dirty Pair VHS landed at a Hollywood Video: Italy.

If you visit Italy’s major tourist towns, you’ll find T-shirt stalls with images of landmarks, pithy slogans, and even merchandise from the installments of the Assassin’s Creed series that took place there. But you’ll also occasionally notice merchandise from such properties as Lupin the Third and Sailor Moon, which in itself isn’t exactly bizarre: franchises like these are among the most popular in the world, but it’s indicative of anime’s cultural significance in certain parts of Western Europe that arguably lead to its rise in the United States.

Anime in Italy found a way to flourish primarily on its airwaves and thanks to its young viewers. 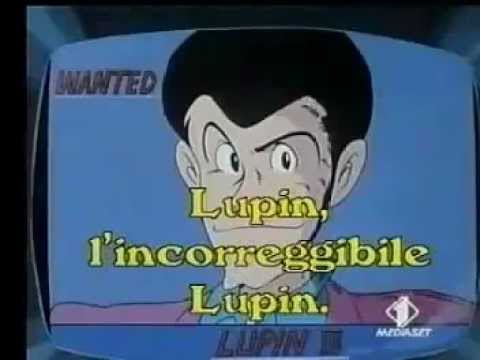 Charting the Rise of Anime in Italy

The first anime series to premiere on TV was in France in 1974. Italy wouldn’t see anime appearing on TV until about 1976. This roughly coincided with the release of classic series like Space Battleship Yamato (first premiering in 1974) and Mobile Suit Gundam (1979).

However, Japanese animated films had been showing up in Italian theaters for years, the first being Kazuhiko Okabe and Taiji Yabushita’s Hakujaden in 1959 at the Venice Film Festival. Known by either Legend of the White Serpent or Panda and the Magic Serpent, depending on which version you’re watching, it set the tone for how anime was viewed in the west by winning first prize in the Children’s Animation category.

Throughout the 60s, but mostly during the 70s, feature-length anime in Italy would show up in the country’s theaters, further acclimating viewers. 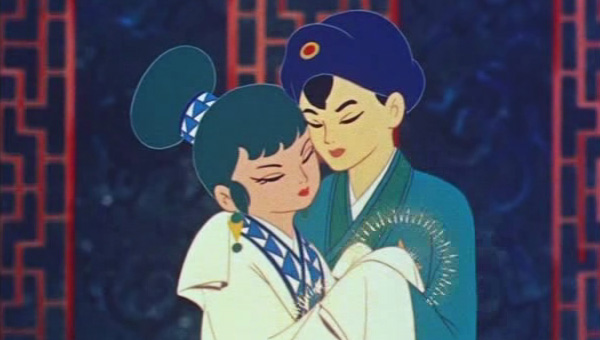 Pelitteri points to several factors that all converged to allow anime to prosper on Italian TV. In Italian culture, television was quickly becoming the primary medium of communication, especially for children. Francesco Vezzoli, a filmmaker and artist, describes Italy in the 70s as ‘a generation whose sensibilities were shaped in front of a television screen’. As the older crowd won’t hesitate to inform the youth, if you wanted to watch a show in the 70s and missed it, there was no DVR or any sort of recording until the early 80s when VHS tapes became popular, so if the show was on at 5:30 p.m., you’d better be there to watch it.

This automatically created a desperate sense of community, especially for younger viewers. Pelitteri also mentions the difference in the broadcast frequency between Japan and Italy. In Japan, new episodes of a particular show would come out weekly, but in Italy there was so much content that ‘new’ episodes would premiere daily, creating a routine for budding Italian otaku and making the need to be in front of a TV by a certain time all the more critical.

The history of Italian television, from the earliest days up to now, is a confusing mess of legislation and arguments regarding public monopolies, and it has literally nothing to do with anime or Japan since no one could get a meeting with someone at a Japanese studio for a pitch on a RAI anime. Suffice to say that RAI, or Radiotelevisione Italia, was the primary TV broadcaster in Italy for much of the early days of Italian TV, and the state-run network still broadcasts today on at least five different channels.

In 1976, the landscape began to liberalize, and more and more private regional networks began popping up, desperate for cheap content that could quickly fill up their programming slates. Some networks turned to telenovelas from Latin America that were translated and rebroadcast. Others looked toward Japan and the plethora of cartoons that had been emerging and attracting interest throughout the continent.

If you watched Bill Wurtz’s History of Japan or played Yakuza 0, you’re probably aware that around the 70s and 80s the Japanese economy began to boom. During the 70s, the value of the yen was kept low, making Japanese products cheap, and this included broadcast rights. Thanks to a boost in popularity, anime in Italy had started gaining traction, which was good news for newly created private broadcasters that needed content.

Companies like TOEI and Tokyo Broadcasting System were selling the broadcast rights to shows like Space Battleship Yamato, but also Urusei Yatsura and Lupin the Third to companies like Sanver Productions and Telecapri for cheap. Channels under the Mediaset network were also purchasing shows, and these channels would eventually come under control of future Italian Prime Minister Silvio Berlusconi.

The deals themselves gave the broadcasters a lot of free rein in terms of how the shows were broadcast. More often than not, these channels were given the right to re-edit and re-dub episodes, and could take out portions if they so chose. They could even broadcast them out of order. 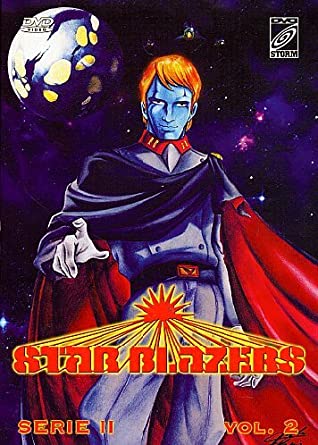 What also really helped these shows embed themselves in the consciousness of Italian youths in the 70s were the localizations of the theme songs and end credits. Just as there are artists and performers in Japan that have made their names either performing or having their songs selected to appear in various anime series, many shows had their theme songs re-written and performed in Italian. These artists would release records with these songs, further boosting the shows’ and their own popularity.

This particular trend would continue into the modern day: the Italian theme for Yu-Gi-Oh! is a certifiable banger.

Pelitteri also mentions that a major influence on the rise of anime in Italy among children was a massive merchandising presence. As was the case with many anime series in America, if it was the plot or art that hooked viewers, it was the toys that kept them coming back. Italy was no exception, and a vast array of merchandise for various series was marketed to kids to keep them interested.

As the utility of anime began to catch on, some shows would be produced by Japanese animation teams for European audiences. Examples of this included Heidi: Girl of the Alps and Vicky the Viking, both created by Nippon Animation. Eventually American teams would also make use of Japanese animators, most notably in the Rankin-Bass Christmas holiday specials. 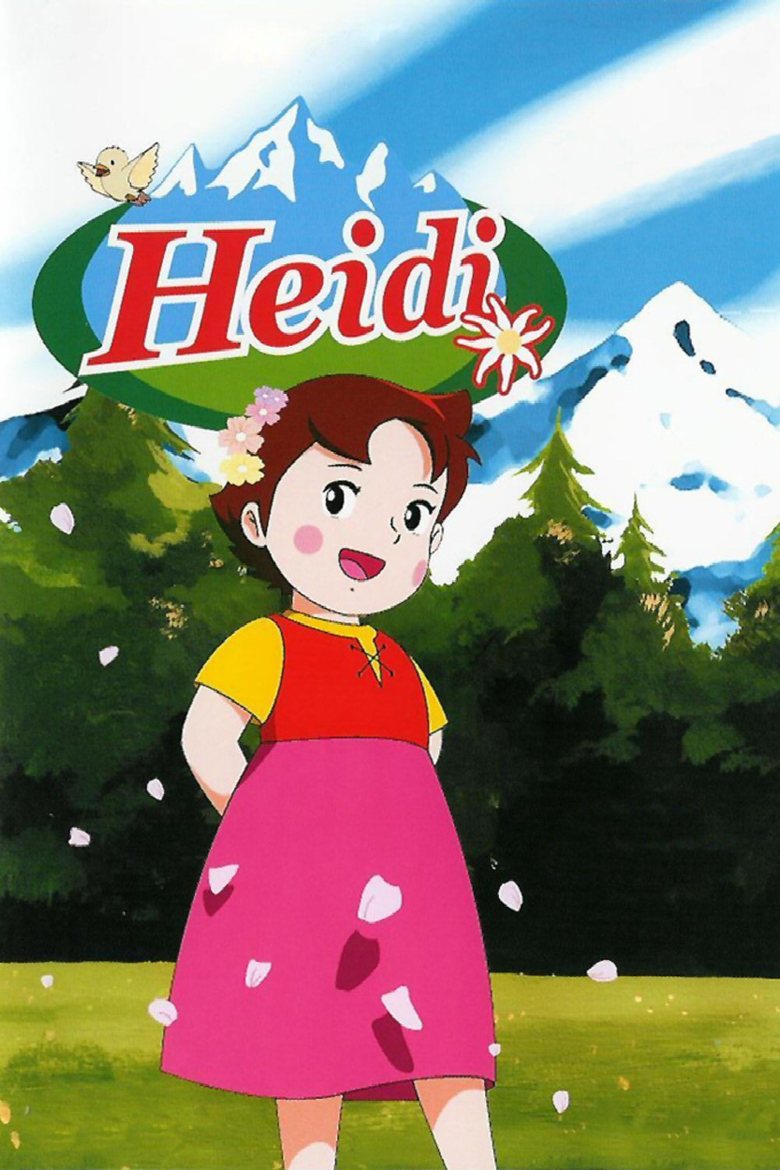 Pelitteri describes the arrival of anime in America in the 70s as a sort of parallel action to its rise in Italy. He describes that one of the roadblocks to its acceptance in the United States was the sort of ‘protectionism’ American animation had for its own industry. Anime at the time was seen as cheap, and the aesthetics very ‘othering’, so it was largely considered a novelty until the fan communities and VHS-swapping of legend began to form, spurred by the acceptance in other western countries.

Pelitteri designates the first anime boom in Italy as occurring around 1978-1984, but mentions that there was another boost in Europe that started around the mid-90s. Italians today report that while anime is prominent in Italian culture, the forces that have given it renewed vigor in the US are contributing to its dismissal in Italy. Italian redditors report that given the revolution in digital TV channels, most mainstream broadcasters assume that viewers are getting their anime fixes somewhere else and aren’t devoting airtime to newer series. Users report that anything newer than 2017 isn’t being broadcast on any major networks in the country. One user, u/giobru, noted that ‘Basically yes, everyone knows Captain Harlock, Cat’s Eye, Lupin, Dragon Ball, Detective Conan or Pokémon, but as far as anime which came out in the last 10 years are involved, we’re not that well off.‘

Pelitteri describes anime enthusiasm in various countries as something that ebbs and flows, and it’s entirely possible that Italy is in the midst of somewhat of an anime recession and will bounce back later. It’s hopeful that it does; it would be ironic that one of the countries that really helped mainstream anime in the west would give up on it as a source of mass media.