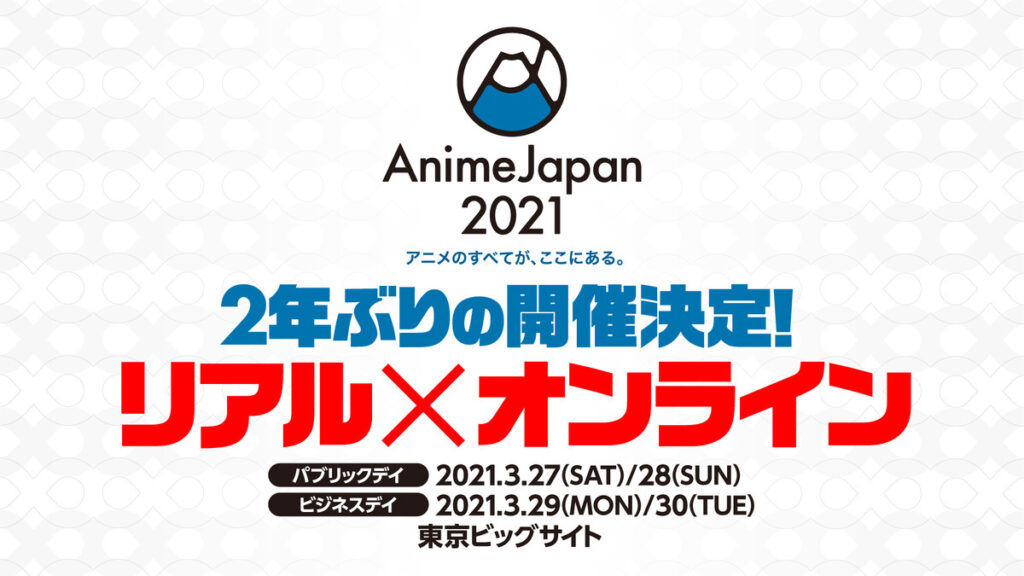 The past year has been brutal when it comes to COVID-19 causing events to be canceled worldwide, forcing many events to take their annual event online. Next year hopefully will be a better scenario, but Anime Japan has already started planning ahead for their 2021 Anime Japan event by announcing today that not only will it be an In-person event, but it will also have an online component attached to the event as well. The official title of the event was announced today to be “Anime Japan 2021 Real and Online.”

Anime Japan 2020 was announced back in February of this year to be a canceled event due to the effect that COVID-19 was having worldwide. The staff of the event stated that in order to protect the event attendees, staff, and guests were far more important than holding the event and stated that they would be giving an update on the event at a later date in the future. 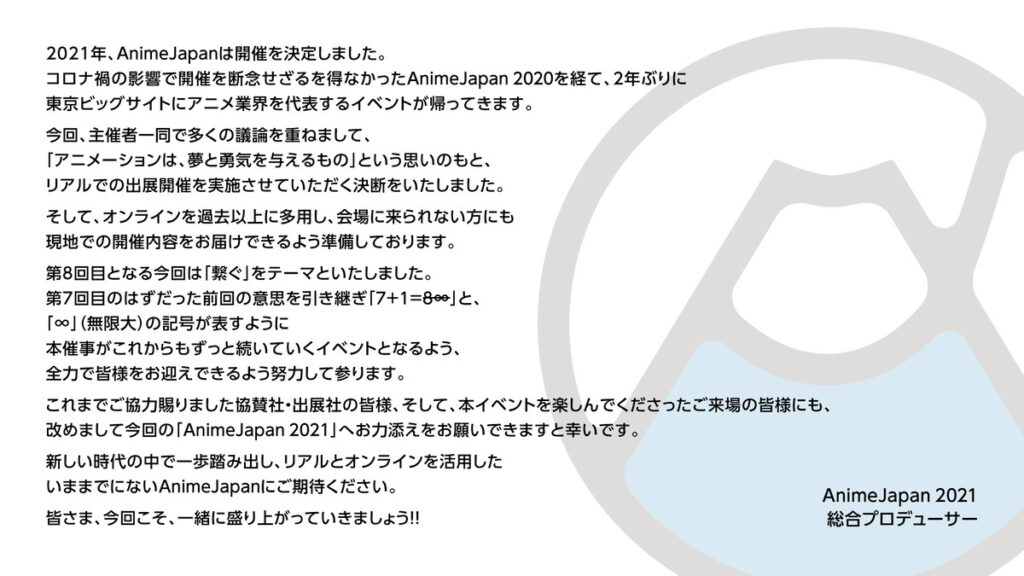 They have announced that the “real” portion of the event will consist of 40 different stage events which is in-line with what they have done in the past, but they have also announced that for the online event, each stage will be streamed, exhibiting companies’ booths will be open, and original plans such as “Ranking of the most popular anime series” will be discussed and details will be announced as needed.

It’s definitely a good sign to see that major conventions here in Japan are looking towards the future and doing all they can to future-proof their events regardless of what the world will be going through at that point in time. With COVID-19 seemingly here to stay for quite some time, it really is becoming a “new” way of life and I think that we will start to see more events looking to do similar things to what Anime Japan is doing with their 2021 event.