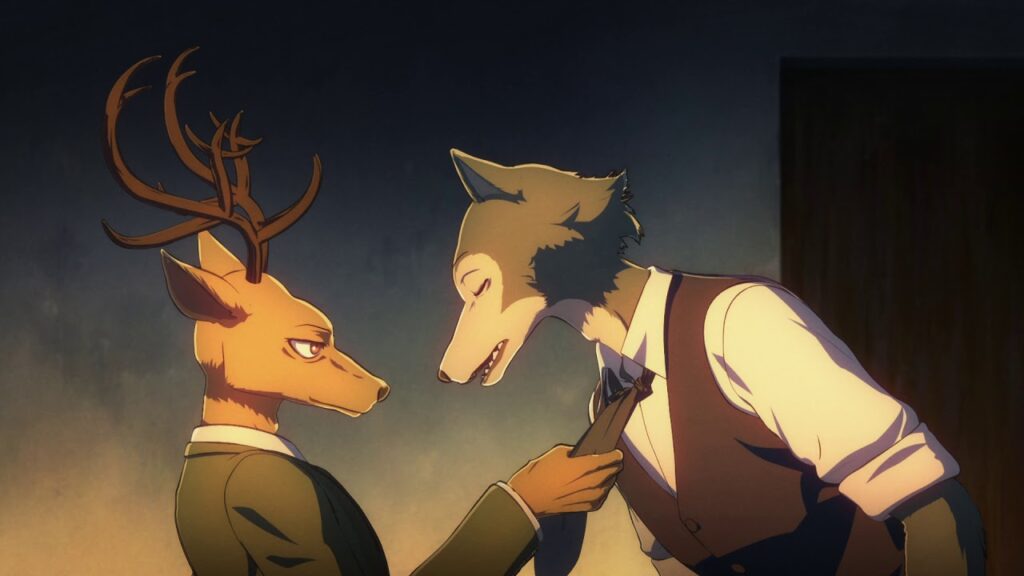 I’ve mentioned before how anime is experiencing a sort of renaissance. It isn’t so much that anime ever really slipped out of the pop-culture eye but rather, it’s going through a bit of a rebirth.

It’s no longer considered something on the fringes of pop culture meant only for nerds, but, dare I say it, cool now? With tons of celebrities either referencing anime, utilizing it within their own medium of art or simply just talking about how much they love it.

It’s just showing what the rest of us have known for years now; that anime is cool. But still, with it being shoved into the pop culture limelight that also means that fans are having an easier time accessing it.

No longer are fans having to pirate, download, or buy at heavy prices their favorite shows with (most likely) flawed subtitles or no dub at all.

Instead, we have multiple streaming platforms. Blu-rays and DVDs are, generally speaking, incredibly easy to find at prices that are much more agreeable. Merch can be found at the malls rather than just exclusively at conventions or comic book stores.

So really, now is as good of a time as any to be a fan of anime. With access to multiple platforms to stream episodes, some as soon as they air, the possibilities are endless. But one platform almost came out of nowhere in regards to their anime selection. Someone we never would have expected… but maybe we should have.

Netflix has become a household name at this point, but it wasn’t always the empire that it is now. I’m old enough to remember when you could order Netflix through the mail, and when the queue actually meant something. From its humble beginnings as a rental service to its evolution to a cooler Blockbuster to what it is now, it hasn’t always been the place for anime.

It was great for television shows of yore, independent movies, and the big Hollywood hits. I personally enjoyed the slew of terrible B-Movie horrors that lurked around at the bottom of every selection page.

While it still doesn’t have the sheer number of shows that Crunchyroll or Funimation have to offer, what it does have is something that would appeal to hardcore fan or newbie at the same time. Granted, what I would recommend might not be for everybody, so take it with a grain of salt. But, here are some of the most solid anime on Netflix right now, whether you’ve watched a thousand shows or just Sailor Moon.

Right out of the gate we have one of my favorite shows of all time. It’s based off, you guessed it, one of the best manga series out there by master Go Nagai. Devilman Crybaby came storming onto the scene in 2018 and was featured as a remake of both the manga and classic anime.

The series got the Netflix treatment and was pushed into modern-day with a meta-universe. The concept of the original Devilman exists, as we can see through various television commercials, art, and even toys that are present in the show. But that’s a discussion for another day.

What the show did do, however, was blow everyone’s minds. The story was relatively similar to the original; Akira Fudo and his childhood friends Ryo Asuka and Miki Makimura become intertwined with demons and the apocalypse. The series was hailed as a masterpiece by critics.

And for good reason. The show was a clever mix of bizarre animations, heartbreaking moments, and violence all wrapped up in a neon synth-enveloped dream. It’s by no means an easy watch, with tragedy around every corner. But the payoff is worth it for conversations at the water cooler alone.

Another entry that’s bizarre, intense, violent, and a killer soundtrack, Kill la Kill has quickly become a staple within anime. One of the more interesting things about Kill la Kill was that it is one of the few anime that wasn’t based on a manga. It was an anime original from Studio Trigger, which is enough to guarantee it is a classic.

And it quickly did become a classic. The show is only a few years old, airing in 2013 and it only had 24 episodes. But that was all it needed. It’s one of the tightest anime out there, with a solid story throughout and a satisfying ending.

The show follows student Ryuko Matoi as she tries to hunt down her father’s elusive killer. She comes head to head with the powerful Satsuki Kiryuin, head of the student council of Honnouji Academy. The two immediately clash upon meeting and the show doesn’t hold back from there.

It’s a wild ride that dances around being completely over the top. The visuals, characters, and soundtrack are all so wild and well done that you almost forget about the story. Almost, but not quite because the writing for the story is also incredibly good.

The story goes through conspiracies, militant superpowers, aliens, and murder. Through all of that, you have familiar themes of friendship and coping through traumatic losses. It’s one that I was hesitant to watch at first because it just seemed out of the realm of something I would enjoy. I’m so glad I was wrong.

Beastars is the newest anime on this list and you might be asking yourself, “why would it be included?” Because it truly is that good.

The animation, voice acting, and the OP are all just hints as to how good the show truly is. The show follows students of Cherryton Academy, a school that resides in a world where animals are anthropomorphic. The carnivores and herbivores live in an uneasy state, wary of one another. Legoshi, a timid grey wolf has to battle his urges as not only a wolf but a teenage boy.

The series had a lot of hype to live up to, with the manga it was based on winning awards and accolades from critics. And it managed to pull it off. People love the show because of how human it feels.

While we’re watching wolves and rabbits navigate the world that seems closer to death than not, it’s also an interesting study on aspects of humanity; empathy, desire, and navigating your own self when it seems impossible to do so. The show quickly became a fan favorite and with season 2 premiering in 2021, we’ve got a lot to look forward to.

Kakegurui is another show that has quite the balancing act. Another series set in a prestigious academy, we follow the students of Hyakkaou Private Academy, a place where the only thing that really matters is how well you can gamble.

The gambling creates a sort of class system consisting of pets (those bad at gambling) and those who rule over them. But then new student Yumeko Jabami arrives to completely disrupt the system.

She doesn’t overturn the whole gambling as a way to get ahead in the school. Instead, she plays into it. But she plays all too well, crushing anyone who comes across her path. Jabami lives for the thrill of gambling.

The show constantly veers into ridiculous territory, with some of the games venturing into life or death scenarios paired with students who really should be studying instead. So far Netflix has two seasons of the show, and fans can’t wait for more. Of course, they could read the manga, but that’s for another day.

Probably the tamest of the shows on the list but still just as good. Little Witch Academia was also produced by Trigger. It originally started as a movie but soon was made into a series, and then a manga.

By subverting the order in which these things are typically done show the endurance of the show. The anime itself had a bit of a rough start, but quickly hits its stride and shows the viewer it was smart to stick around.

We follow Atsuko Kagari, otherwise known as Akko as she starts her academic career at Luna Nova Academy, a school for witches. It’s an elite academy, hard to get into and even harder to find. But Akko manages to pull it off even though she herself is seemingly magic-less.

It’s a really sweet story that manages to be endearing to both adults and children, with familiar tropes of witches and magic paired with more adult themes of loss, anger, and even betrayal. The show does a great job of having you not only root for Akko but genuinely hope for her growth as a person.

After all, she’s a kid and she makes some really stupid decisions. As viewers we have to watch in despair as she has to face the consequences of her actions but that only leads to more growth, and why the show feels as impactful as it does.

Of course, these aren’t the only shows available to stream. The site also has other big hitters such as Jojo’s Bizarre Adventure and Attack on Titan. But if you’re looking for the next best thing to quarantine, these will hit the spot nicely.