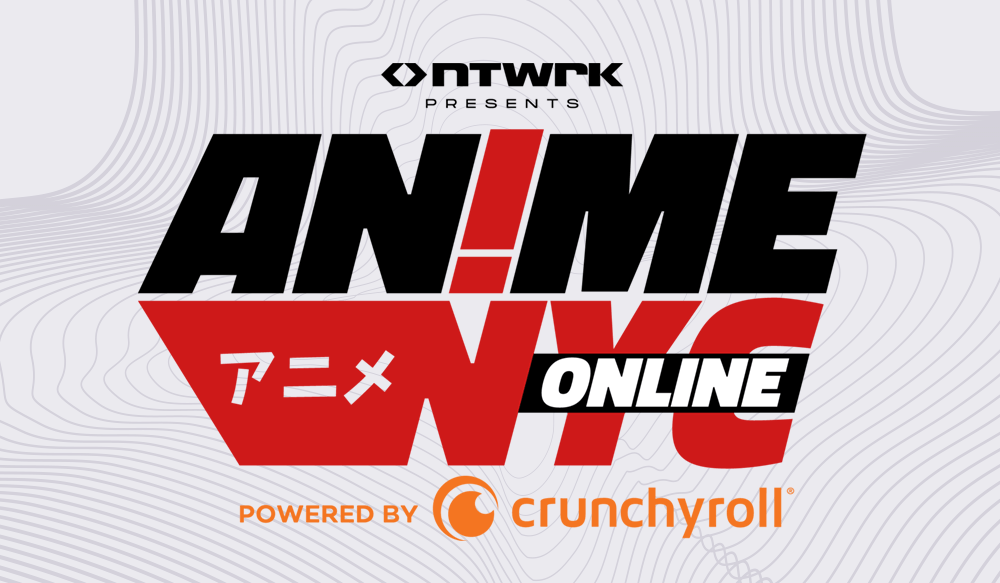 Anime NYC, which wrapped up a few days ago, showcased everything it had to offer in typical virtual convention format. As someone who attended the event back in 2018, it’s a shame that Anime NYC’s contagious fun and energy had to be digitally condensed down to my computer and a mobile app. Nitpicks aside, it’s still good to see the four-year-old convention doing everything it can to make waves in these dark COVID-infested times.

Powered by Crunchyroll and supported by the good people at Beyond the Bot, this year’s Anime NYC gave us more and more anime at full blast with its panels and livestreams, tossing in a few surprises along the way. The events and panels are archived and still available to watch on the NETWRK app. But for those who don’t have the time to watch it all, we got you covered. Here are the highlights from Anime NYC Online.

The Special Events of Anime NYC 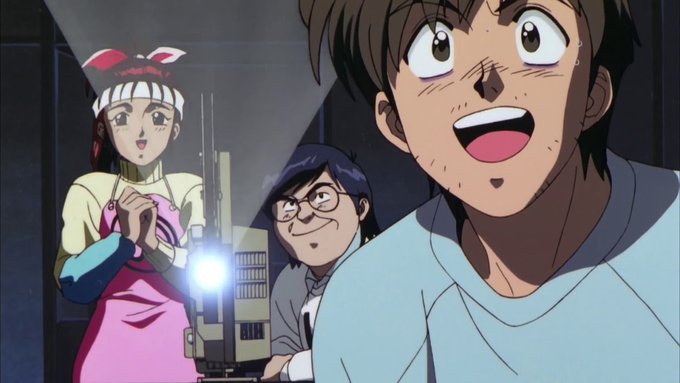 The first thing worth noting is the anime watch parties. These streams aired high definition anime episodes and movies on YouTube, making them the only live streams not on the NETWRK app. They had the intimacy of your typical con anime screening combined with the cybernetic chattiness of a Twitch stream. Fans were encouraged to interact with each other as they watched episodes of Revolutionary Girl Utena and Boogiepop Phantom. Seeing the Otaku no Video stream came off as a pleasant shock to me. Since Otakon and its famous annual screening of Otaku no Video were canceled this year, it’s nice to see another big convention air it in Otakon’s stead.

Friday’s Mirai watch party was the most interesting, as it didn’t happen in the same way as the other watch parties. Instead of an online stream, folks at home had to pop in their physical and virtual copies of Mirai and tweet out #MiraiWatchParty on Twitter at 8 p.m. EST on the dot. Studio CHIZU’s co-founder Yuichiro Saito would log on to Twitter before the watch party to talk with the fans about his studio and its place in the anime industry.

Now getting into the music: the big event was the Love Live! Nijigasaki High School Idol Club online panel. Preceded by a speech given by Love Live! voice actresses Hinaki Yano and Tomori Kusunoki, the performance itself was a Frankenstein edit of stitched clips taken from the two Nijigasaki High School Idol Club concerts; the first took place at the end of 2019 and the second just a few months ago. It was so heavily advertised that for a fraction of a second I thought Anime NYC had turned into IdolCon. 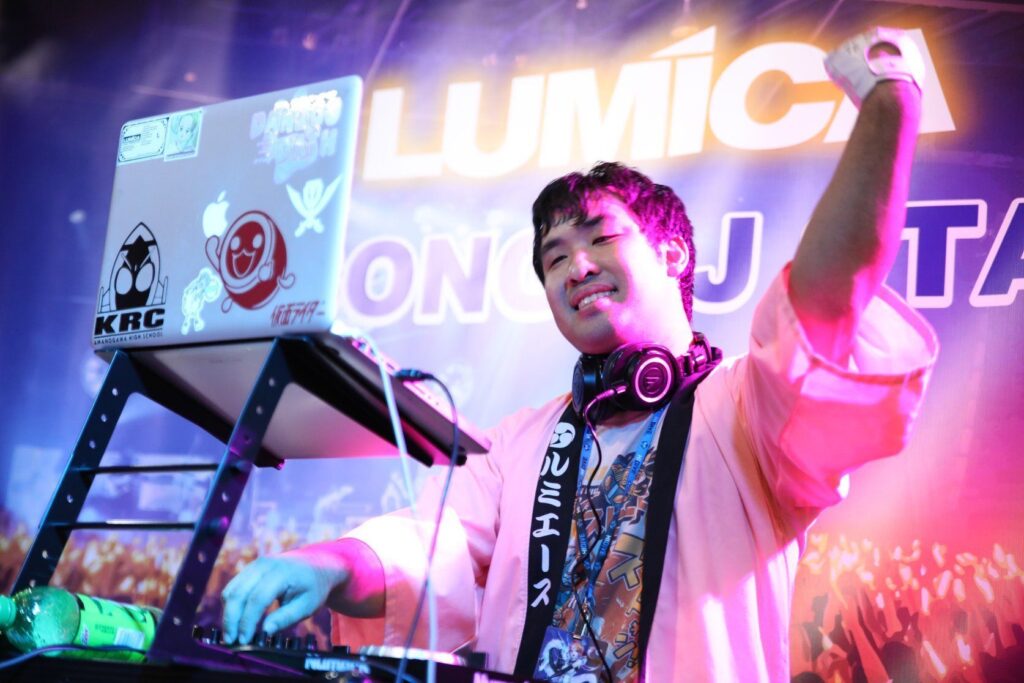 The other big musical event was the AniSong DJ Showcase hosted by AniParty. The electronic music group of four brought their style of anikura music to the forefront, with each DJ playing music from the comfort of their homes, bringing in a very cozy and authentic DIY aesthetic. After seeing many DJ streams glammed out with expensive equipment in their high-tech studios, it’s always refreshing to see something more raw and down to earth.

Finally, there’s the cosplay showcase, although I should actually say ‘firstly’, since this was one of the very first things to happen at Anime NYC. Though not a live stream, the cosplay showcase was uploaded on YouTube and featured cosplayers from the East Coast shooting short videos of themselves garbed in outfits of their favorite characters. The interesting part was that each cosplayer started and ended their videos by holding up cards of Dr. Stone and Tonikawa: Over The Moon With You in front of the camera to give the showcase a unique and stylized sense of cohesion and flow.

Anime NYC is one of America’s biggest anime conventions. Companies send their best and brightest to promote their products in the heart of the Big Apple. Last year had practically the whole gang: VIZ, GKIDS, Sentai Filmworks, Funimation, Anime News Network, J-Novel Club, and so on. This year, COVID reduced the corporate pack down to just a select few.

As their biggest sponsor, Crunchyroll had a few things to say. Their representative Tim Lyu rolled out some updates throughout the convention’s four days regarding new releases like So I’m A Spider So What?, Onyx Equinox, Noblesse, and Jujutsu Kaisen, and fun facts about popular titles like One Piece, Bleach, and Naruto. 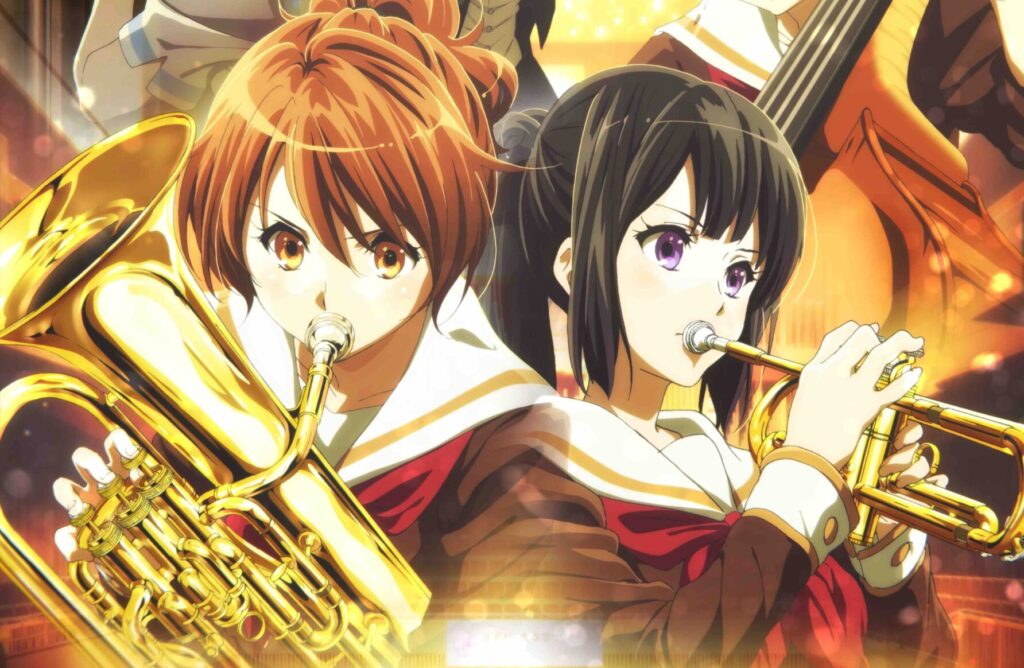 We also saw up-and-comers Mangamo showing off their mobile manga reading app, which finally became worldwide available on iOS just a month ago. Being the potential hot new thing on the block, Mangamo wasted no time explaining the features of the app and some of their 300+ series they had in stock, name checking big titles like Fire Force and the manga adaptation of Japan Sinks 2020, and smaller titles like I Fell In Love So I’m Streaming It and Devil-Chi.

Another industry panel took place with a twist: Kodansha Comics’ Tomo ‘Double T’ Tran squared off against Yen Press’s Mark de Vera in a fight for manga supremacy. Both men came armed to the teeth with manga and light novels, and duked it out in the Kinokuniya Bookshop in the middle of Manhattan. This clearly was all in good jest and just their way of advertising themselves and their many, many manga series. At the very end of it we were left with a lighthearted message for these quarantine-induced times: ‘Stay safe and read manga.’

Eleven Arts’ was undoubtedly my favorite of the industry panels. Besides being short, sweet, and to the point, it boasted probably the best news I heard the entire convention. Not only did they snag the North American rights to Shirobako the Movie, but they triumphantly announced they are digitally releasing the first two Hibike! Euphonium movies on 1 December, meaning I get to stan my favorite euphonium-playing floof once more! (Oh, and that Penguin Highway art book looks pretty cool too.)

Of course, not everything was about corporate advertising. The independent artist Pikarar got a chance to shine with her own hour-long panel hosted by For Fans By Fans. In it, she got to draw some of her favorite cartoon and anime characters like Finn from Adventure Time and a wide variety of Pokemon, all while discussing her passion for drawing. Mark de Vera also met up with the manga editors Haruko Hashimoto, Carl Li, Ajani Oloye, and Tania Biswas to discuss how they got into manga, their start in the industry, and the progress manga editing and publishing has made throughout the years.

To cap things off, no convention would be complete without a fair share of swag, and Anime NYC delivered big time. Merch drops occurred throughout the convention’s four days, peaking right from its first day. Atsuko had some sick Hunter x Hunter T-shirts, Pintrill served up some chafed Godzilla pins, and Right Stuf went new-age with their Demon Slayer figures and plushes, and retro with their 4K Blu-rays and complete manga collections of Akira. 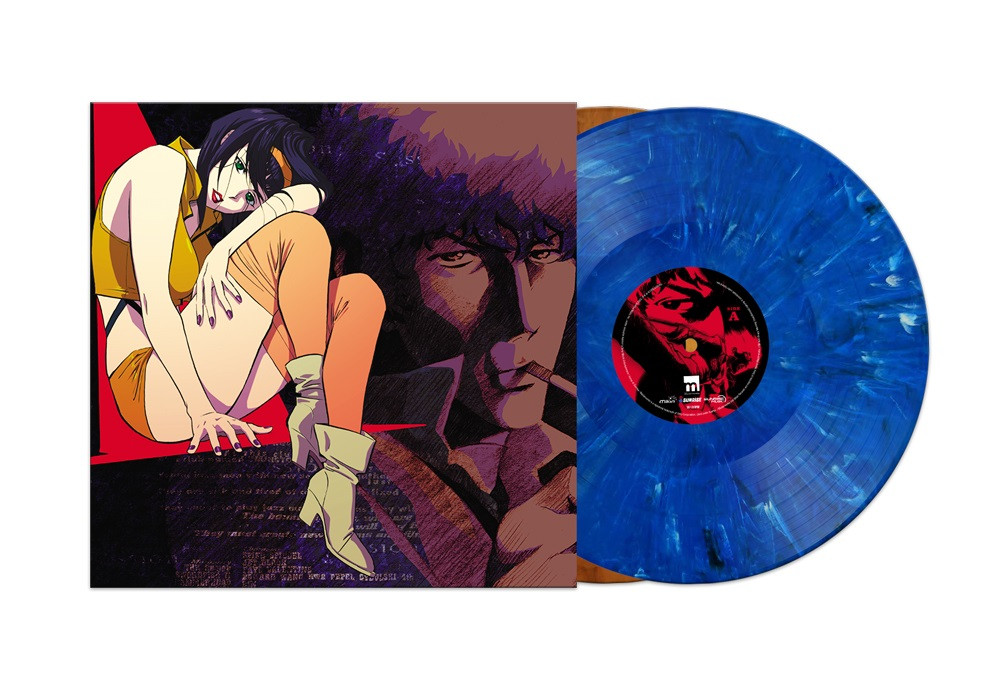 But the coolest thing? Right Stuf’s vinyl record collection of the Cowboy Bebop, Death Note, Attack on Titan, FLCL, and Death Note soundtracks. The Cowboy Bebop vinyl collection was especially impressive with its interesting and expressive mix of official art to ogle at, and the way the vinyls were dyed in ultra-lustrous blue and brown gave them a very absorbing sheen. Plus, with how jazzy and old-school Bebop’s soundtrack is, it personally feels like it would rest comfortably among my old-as-bones Aerosmith and Miles Davis records.

Despite the limitations, Anime NYC managed to serve up a plethora of anime goodness. It’s a shame that most of everything viewable was only available on the NETWRK app. Even those who have gotten used to watching virtual conventions might have had issues squinting their eyes over their tiny phone screens. Hopefully, this will prove to be a funny memory if Anime NYC is able to open its doors to the public. Fingers crossed for 2021!