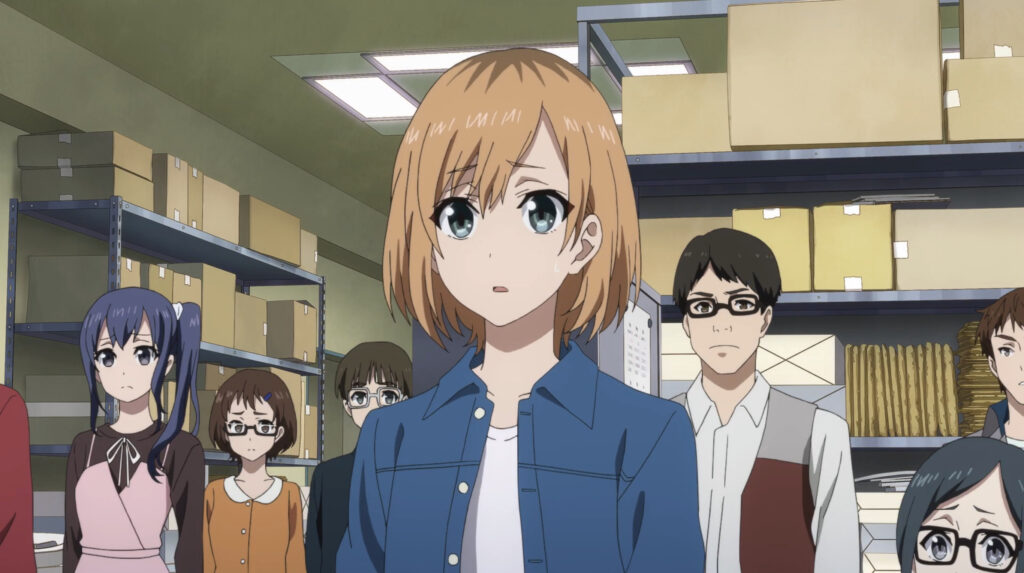 I want fewer anime by more animators on higher wages. Anime has a production problem, and while this is an oversimplified solution to that, it also reflects the only viable path that could save the industry from a looming disaster and talent exodus that feels inevitable if things don’t change.

What was once a conversation rarely discussed among the broader anime fandom is now becoming an unavoidable dark cloud hanging over the industry, as problems in anime production on many currently airing TV anime bring issues of worker rights and conditions to the forefront of discussion. Where is the space to discuss the content of Farewell, My Dear Cramer, when industry-wide overproduction has turned a brilliant manga into a flat anime bandaged together by a creative talent parachuted in just to get something out the door? Can we truly celebrate marvels of the craft like Wonder Egg Priority when staff are being sent to the hospital getting it made?

Long-rooted issues are being exacerbated by unmitigated growth, particularly from outside of Japan and from streaming services. So, where do we go from here?

What’s the Problem with Anime Production?

Most anime productions are contract work for the studios involved. Especially with adaptations, but occasionally with original projects as well, anime studios will be contracted out for a set fee to produce a series. This isn’t to say there aren’t logistical benefits to organizing production through a committee, or that it doesn’t shield studios from failure just as much as it denies them the benefits of royalties from their success, but the resulting system has often shut the studios themselves out of the increasingly flush pockets of anime production.

Unless you’re someone like Toei Animation or Kyoto Animation or producing an original series in-house (and even then, not always), the studio may only be given a budget for production and be excluded from royalties. And if the series goes over budget, it can be difficult to renegotiate this budget with the companies involved. 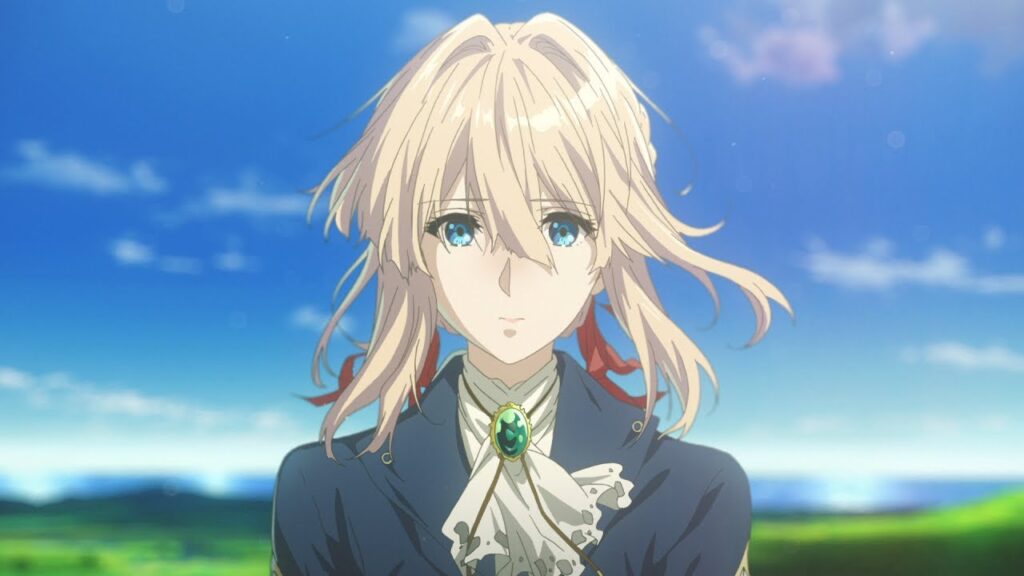 The money being paid to studios has remained low despite the growing international streaming market that means the industry is flowing with more money than ever before. Some worldwide streaming contracts are large enough to ensure an anime is profitable before the first episode has even hit TV screens. But this increased revenue is primarily being shared among production committees, as studios continue to struggle financially and go bankrupt even against the backdrop of an otherwise-thriving industry.

The result of all of this is a squeeze on animator pay. Even ignoring the vast overwork caused by constrained production cycles that don’t allow studios the time to complete a series, it’s common for new animators (predominantly freelancers) to be paid by the drawing. The Animator Dormitory Project, a non-profit supporting a small number of new animators with subsidized housing (disclosure: I have donated to the dormitory) have released videos discussing animator pay in the past, and even a good month for a new animator can clock out at just $1000 a month. These rates often result in animators being paid below the Japanese minimum wage.

This is only exacerbated by the number of anime being produced. There is now an even split between international and domestic revenue within the anime industry, and with this growing market in mind, the likes of Crunchyroll and Netflix are producing anime made primarily for their global audiences. International companies are now funding their own productions, either independently or as part of a committee, and this has increased the number of anime being produced overall.

A Reckoning With Worker’s Rights 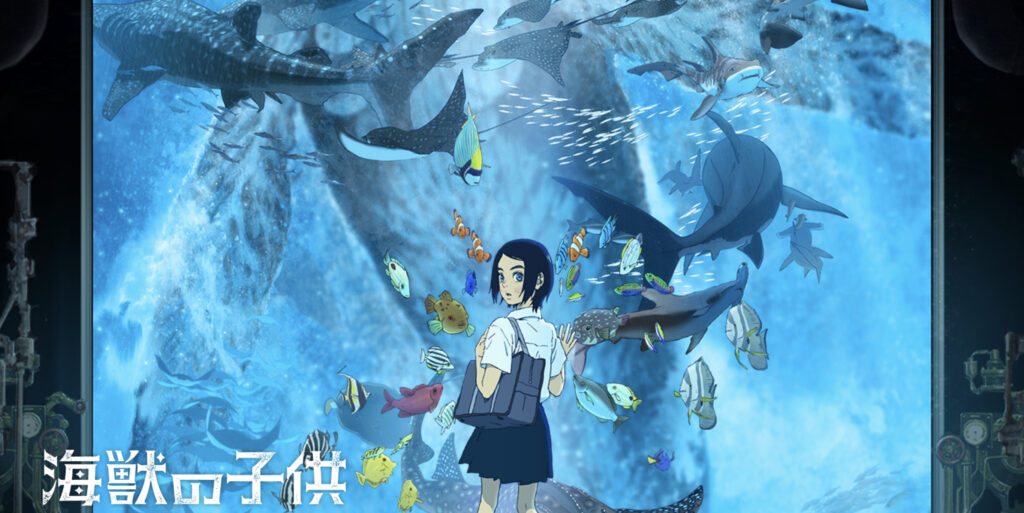 Nothing I’m saying here is new to anyone who has followed the production side of the anime industry in recent years. Stories of poor working conditions are cyclical and repetitive, bubbling to the surface and revealing that fundamental problems are not being addressed to improve conditions for workers. Stories of unpaid overtime at Studio 4C feel reminiscent to similar stories at Madhouse, or the production assistant driven to suicide in 2010 following overtime at A-1 Pictures.

Yet change is not forthcoming. Under a capitalist system, what reason do companies and shareholders have to forego short-term profits to improve the working conditions and lives of the working class? Perhaps more than any other time in the industry’s history, however, a failure to address this issue will only cause irreparable harm to the status and future of Japanese animation.

For animators and studio heads alike, it makes more sense for them to take on contract work for foreign productions than to work on domestic anime. As noted by the CEO of the Japanese subsidiary of Colored Pencil Animation, Japanese studios can charge twice as much from Chinese and American companies for their work, which ensures higher wages for animators.

Less young talent is entering the industry in Japan due to low pay and poor working conditions, resulting in a talent shortage which is exacerbating the difficulties with many studios struggling to produce a higher number of anime in shorter timeframes. Already in 2021, we can site high-profile production disasters last Wonder Egg Priority, SK8 and Farewell, My Dear Cramer, while series like Re:Zero have noticeably suffered under the increased strain of hitting tight deadlines made worse by COVID-19. If talent continues to leave the industry, the current anime production output could become a larger problem or even become unsustainable, leading to a more noticeable collapse in the anime being released.

This is all occurring at a time when anime is growing through international expansion, and the definition of what it means to be anime is evolving. Netflix has found success in its attempts to redefine anime as a genre representing a style of adult animation not tied to Japanese animation. It’s allowed them to produce series like Blood of Zeus with international teams that are still viewed and consumed as anime due to holding the visual hallmarks of the term, despite being produced in the US and South Korea.

They may be investing in small-scale training initiatives with the likes of WIT Studio that buck the low-paying industry trend, but it’s a bandage being placed over the edge of a waterfall. Were the industry to collapse due to a lack of talent to support it at its current rate, productions like Blood of Zeus ensure Netflix won’t lose their ‘anime’.

Chinese and international studios are producing anime in arguably better conditions for those working on the series, all of which take inspiration from what anime has come to represent in the eyes of many. The results are astounding, whether talking about CG productions like Jiang Ziya or films like The Legend of Hei, or the growing TV donghua market. What’s to say that Chinese animation such as this can’t overtake Japanese anime if deep-rooted production problems aren’t addressed?

At a time when billions of dollars are being invested by Sony to ensure greater profit and control over production output and profits, the industry has arguably never been in a worse state. Work from the Japanese Animation Creators Association to improve conditions has only had a limited effect.

When I somewhat jokingly state that I want fewer anime by more animators on higher wages, the sentiment underpinning the comment is 100% serious. Without government intervention to ensure animators are at least receiving the legal minimum wage (and ensuring such a wage is enough for animators to survive on without support) and, more importantly, without reform to the production committee system to ensure those working on anime are paid what they deserve, a talent exodus will continue. Sorry, Patreon is not the solution here.

Anime production has a problem and needs to change. If it continues in its current state, maybe it deserves to collapse.